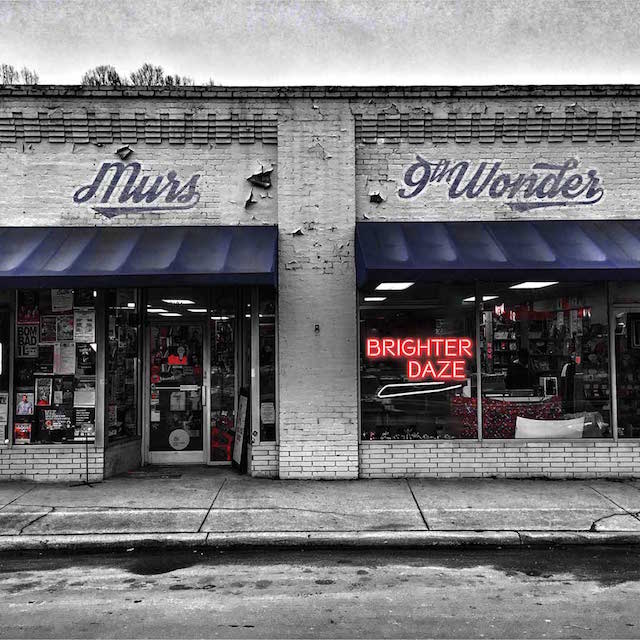 For most fans consuming music in today’s Hip Hop world, Murs and 9th Wonder don’t immediately come to mind as one of the culture’s best rapper/producer duos. But they should. The above average rap fan considers this twosome almost sacred, a testament to Hip Hop’s essence. So considering their track record, Murs and 9th Wonder are as good as it gets.

The reluctant duo has once again teamed for their sixth collaborative LP entitled Brighter Daze. Their last joint project dropped all the way back in 2012 and based on its title, The Final Adventure, most people assumed it was the last piece of beats and bars perfection that these two would release together. Not only was that title implying their last hurrah, but since 2012, both artists have been tremendously busy elsewhere. For starters, Murs joined a new label, dropped two other collaboration projects and a solo album. 9th Wonder, on the other hand, continues to manage Jamla, dropped two different collaboration albums and teaches classes at North Carolina Central University and Harvard. Regardless, they were able to cook up one of the year’s best.

The album is another perfect blend of 9th Wonder’s classically lush boom-bap style production and Murs’s prodigious skill in the art of storytelling. The album opens with “The Battle”- a short, semi-braggadocios head-bobber that delivers on a straight forward Mursian cadence and flow. In short, “Murs and 9th Wonder are here to fuck it up, again.”

“God Black/Black God” is the closest the album gets to anything being politically charged – touching on everything from the commercialization and exploitation of black culture to the legalization of marijuana. Out of all the socio-economic themed music we received in 2015, and there was a lot of it, this particular song approaches things in such an intimate way that even a white suburban mom could begin to understand the views of a young black kid from a major inner city. The perspectives and angles are thematic and original. A rare feat.

As any Murs and 9th Wonder fan knows, the duo is truly at their best when crafting tunes about the fairer sex. The way 9th can manipulate a sample and compose drum patterns that make you reminisce about more innocent times or your latest breakup would be unrivaled if Drake didn’t exist. That vivid instrumentation coupled with Murs’s dangerously relatable lyrics leave you satisfied yet wanting. Songs like “Love Murs,” “Get Naked,” “Wait…Back It Up” and “If This Should End” effortlessly explores the strange but beautiful dynamics between men and women. Even on “If This Should End,” Murs himself says “this song is too easy to write,” which, in all honesty, it might be. Murs is one of the only active rappers today that has mastered his voice. Every single time he gets on a song that relates in some way to relations with a woman it is easy to forget he is rapping. The bars are so realistic and so conversational that it’s a pleasure to see an emcee portray that specific level of skill.

For all its greatness, Brighter Daze isn’t perfect.  There are a few tracks in the middle of the pack that slips between the cracks. “The Shutters” with Reuben Vincent and Bad Lucc as well as “Otha Fish” are regrettably skippable, not because they are bad per se´, they just don’t reach the level of the others. “No Shots,” which serves as the album’s designated posse cut, runs long. The track features Mac Miller, Vinny Radio, Franchise, Choo Jackson and probably could have seen the last two verses hit the cutting room floor.

All in all, Brighter Daze is a country stroll of an album. And this is the strength of Murs and 9th, their craft is so well manicured that the album feels nearly effortless. Sure, there are a few minor stumbles but nothing that takes away from its immeasurable listenability. Plus, if one were to judge this album based on Hip Hop’s most concrete elements (beats, rhymes, message, flow etc.), then it is almost flawless. It truly is Hip Hop at its boom-bap essence.