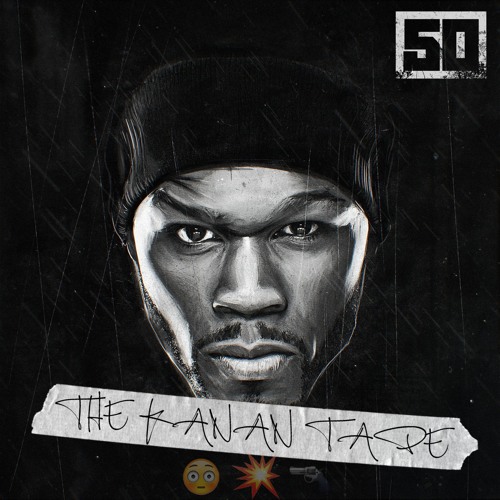 For once this year, 50 Cent is making headlines for his music. With all the drama revolving around Power, the lawsuit filed against him by Rick Ross’s baby mama, and his subsequent filing for bankruptcy, 2015 has been a whirlwind of a year for 50.

One would think, then, that this would reflect in the man’s music. However, 50’s latest offering, the seven-track The Kanan Tape, finds the G-Unit general as entrenched in cold-blooded street talk as ever. Then again, makes sense as the freebie is inspired by Power’s brutal and calculated drug pusher villain Kanan, portrayed by Fiddy himself. As Dr. Dre found inspiration from his work on Straight Outta Compton for Compton: A Soundtrack By Dr. Dre, Vitamin 50’s role as actor and producer on Starz’s biggest hit has lit a fire in his back unseen in quite a while. Doesn’t mean he’s creatively backtracking. The Kanan Tape features some fairly fantastic guest appearances from both Post Malone and Boosie Badazz among others.

Contrary to his last few releases, The Kanan Tape finds 50 neither going through the motions nor lamely trying his hand at trends. Instead, he’s returned to his essence, alternating between menacing and playful, and seems to bask in the process. Fiddy seems less concern with reliving those unprecedented pop moments that propelled Get Rich Or Die Tryin’ or The Massacre up the charts. This is the unfiltered Queens native digging deeper than he has before. For the first time in his career, 50 has balanced his New York roots with contemporary Southern Hip Hop trends without sounding uneven.

Nowhere is this more apparent than on “Body Bags,” a hauntingly soulful track courtesy of The Alchemist over which 50 spews venom and braggadocio with equal fervor. “I peep my swag in the mirror, I think I got a crush on me / I don’t want no wack bitches touchin’ me,” he rhymes, while elsewhere on the song he spits “I’m a nightmare right here, just me and my knife, nigga / Don’t let me find out you ain’t ‘bout that life, nigga.”

It helps that the production is top-notch. The likes of Bandplay and Colt 45 provide hard-hitting backdrops to 50’s grimy rhymes. Even the floss-heavy “Too Rich for the Bitch” betrays a sense of foreboding. The best production on The Kanan Tape however, is wasted. “I’m the Man” sports a spacy, inspiring beat that could have served well to a reflective Curtis Jackson. Instead, we get more of 50’s braggadocio and threats. And, that’s totally fine.

That restrictive content doesn’t hold back The Kanan Tape contextually. 50 Cent himself is far removed from the street drama that inspired his rise in Hip Hop. Therefore, it makes total sense as to why he would find inspiration from someone who he could have been at one point in time. Those invested in both 50 and his fairly amazing series Power could consider this project his American Gangster. That context alone could remove possible criticisms of The Kanan Tape tipping into repetitive themes. Regardless, there’s always an entertaining moment brought by 50’s uncanny ability to make evil look so charismatic. Whatever the case, even at seven tracks, The Kanan Tape becomes repetitive. By the time the closer, “On Everything,” rolls around, we’ve heard it all before and then some.