GoldLink - And After That, We Didn't Talk 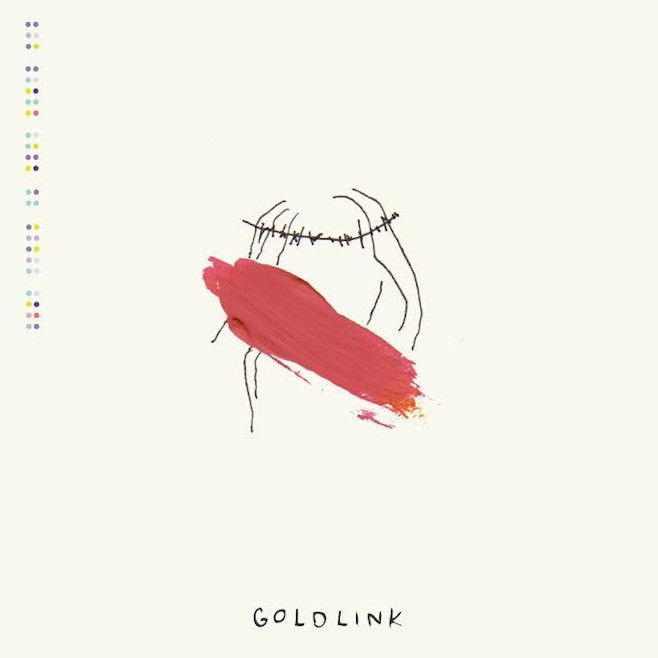 The Ta-Ku produced “Electronic Relaxation” has clocked 45.2 thousand Soundcloud plays. It was two years ago that GoldLink uploaded the track, thus launching a meteoric ascension into the XXL Freshman Class of 2015 and invitation into the Malibu dojo of Rick Rubin. At this juncture, the 22-year-old prodigy from the DMV is eyeing the mansion with an indoor fountain displaying a rotating globe that reads “the world is yours.” But, not so fast.

The God Complex in 2014 gave GoldLink material to merit a tour. In retrospect, it’s merely a mixtape, making And After That, We Didn’t Talk the proper debut. Billed as a break-up record, And After That, We Didn’t Talk aims to wreck the momentum in a literal sense. Screeching tires into collision are the first sounds heard, followed by a concerned voicemail from a young girl. Entitled “After You Left,” the intent is that we greet GoldLink in shambles, only he opens with the humblebrag “I made $100,000 dollars this year / that still don’t mean shit” and a petty dismissal of Bruce Jenner’s identity transformation. What ensues is a checklist of every downfall inflicting the black community—latchkey households, heart disease, stillborn babies, housing displacement, no way out of the hood but through crack sales, and empty threats over ego tiffs—presented as biography. Throughout his embellished narrative there is no mention of a relationship, until the waning moments, “We were gonna get married, move to Cali… why’d you leave me, baby?” This is where We Didn’t Talk stumbles. It’s admirable GoldLink wants to push conscientious topics into a break-up record, but he’s an untrustworthy narrator in his attempt. His ambition outstrips his prowess at the moment,  like jumping from the foul line before first proving you can even touch the rim.

On “Zipporah” you hear the alarm clock ringing as GoldLink oversleeps. His grandmother is waking him up, demanding he go to church. Church isn’t what’s on his mind. Despite his supposed startled state, he’s lucid enough to ponder his displacement as a black youth in America. GoldLink toils with the anguish caused by an unfaithful woman, so much so that it apparently leads to him hitting the street to push weight and grab the attention of the FEDS. A tall order for a 22-year-old who’s been on tour heavily in the past year and out of the news for a Federal indictment. Which brings us to GoldLink’s statement, “Hip-hop will die, I promise that / If we keep the lies in our raps” on “New Black.”

Being above lies in rap is not uncharted territory. That variety of consciousness doesn’t merit a “new black” coinage. New, and by that measure progressive, would be having no problem with Caitlin Jenner. GoldLink in his youth has yet to grasp that when you call for change, you also can’t perpetuate antiquated tropes like the use of “bitch” 20 times in “See I Miss.” Therein lies the underlying setback of And After That, We Didn’t Talk; no consistency. Positive messages in “Unique” (featuring Anderson Paak) and “Dark Skin Woman,” each angling toward kinship with Kendrick’s “Complexion (A Zulu Love),” are rendered null by regressive rap cliches like “and all my exes ain’t shit, so they shall remain nameless.” Nameless except for being labeled bitch, of course. Unfortunate too that GoldLink is blind to the chauvinism, but still manages to write “Palm Trees.” Here a versatile tenderoni side is on display that sheds all the problems of the record for one idyllic breadth in an oceanside panorama.

We Didn’t Talk, ironically, lacks an honest conversation. To be fair, the crisis of hypocrisy in the album is an honest glimpse into the mind of a 22-year-old male, informed and brazen but the ego-drive clouds the purported self-awareness. The question by the end of the record: What is GoldLink offering here? There is gospel, but it lacks the commitment that Chance The Rapper seems prepared to offer. The localised stylings present in The God Complex are distilled further, giving it no regional nor seminal tilt that suggests the cultivation of a DMV-bred sound. When his conscious aligns with his songwriting We Didn’t Talk excels. He needs only seek himself and lead by example rather than trip over cliches.