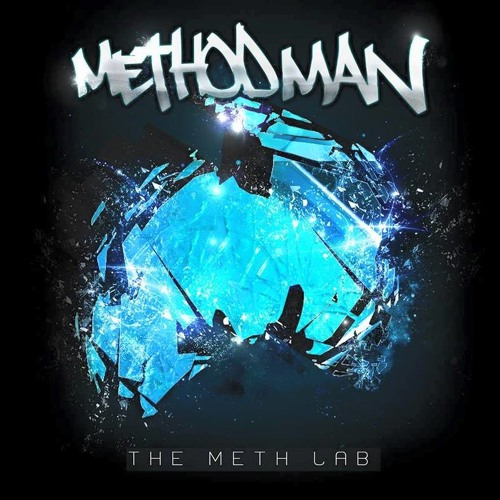 Aging is never easy to do. Growing old in the public eye is even harder. As Hip Hop’s OGs enter their 40’s and 50’s, some have faded away, opting to spend time with their families rather than cooped up in a studio. Others have been less inclined to pass the mic, staging career revivals and making new music for diehard fans that have yet to give up on their favorite rappers. Staten Island spitter Method Man of the notorious Wu-Tang Clan fits into the latter category.

At 44-years-old, M-E-T-H-O-D MAN has returned with his fifth studio album – his first since 2006 – The Meth Lab, a 19-track, feature-filled project sure to draw listens from the Shaolin faithful. But what does The Meth Lab add to the career of the rapper-turned-actor? Leaving his signature raw energy to a number of Staten Island up-and-comers and longtime friends, The Meth Lab is a series of hardcore Hip Hop tracks strung together by drug references and proclamations of greatness that fall short.

On “Straight Gutta,” the album’s second full track, frequent Method Man collaborator Streetlife raps: “The body never lie, call me the mortician / Every death has a story to tell, so pay attention.” The dark imagery is a calling card of the Wu-Tang and their affiliates, just as storytelling is a crucial element of the genre, but what story does The Meth Lab tell? Waiting until the track’s fourth verse to make his appearance, Method Man drops the line, “We getting buku skrilla / My brothers on their grind / Not another Columbine, call me new school killa.” For all the talk of beating down today’s emcees, the statement lacks tenacity, a rarity even for a more laid back rapper like Meth, especially when following a Redman verse.

It isn’t that these lines are particularly weak – Meth still drops jewels like “Had a couple of scuffs, I ain’t saying I’m perfect / I ain’t cursing on the rhyme, but I wrote it in cursive / Quote the verses, boy I flow with a purpose / Get that prometh and a soda, come with the purchase” – but The Meth Lab feels like a chance for the elder Wu-Tang member to coast along, allowing his partners in rhyme to carry the load for him as he plays the role of ringmaster. He’s assembled a nice cast, including Mack Wilds, Cory Gunz, Redman, Raekwon, Inspectah Deck, Masta Killa and more, but fails to assert himself as the star of the show, perhaps on purpose to give artists like Eazy Get Rite, Kash Verrazano and Chedda Bang a boost.

That’s not to say that Meth doesn’t have a place on his album. Slower production on tracks like “50 Shots” allow his relaxed flow and poignant lyrics to shine, making his proclamations that much more believable. The back and forth chorus he shares with fellow rapper/actor Mack Wilds also seems to strike a positive chord as the album’s BPM temporarily winds down with “The Pledge,” “2 Minutes of Your Time” and “Worldwide,” a string of highlights before Meth makes a Call Of Duty reference on “Soundcheck,” bringing the album back down to earth.

Even with mentions of hashtags giving the track a more modern feel, “The Purple Tape,” one of the project’s hits featuring fellow Wu-Tang members Inspectah Deck and Raekwon, also shines through. “Hey, lace your boots up, tracks get looped up / The chocolate deluxe gets scooped up / All my pigeons is cooped up, Wu’s up, w’s up / If you ain’t with us, chuck a deuce up and let us do us / Break a promise but not my group up,” raps Meth on the opening verse, his lyrical prowess still tough when called upon, but also serving as a reminder of the album’s inconsistency.

The Meth Lab may be Method Man’s return to solo work, but without a true connection between the tracks the album feels more like a mixtape than an album, a string of songs that range from uninspiring to a reminder that Method Man was once one of Hip Hop’s elite.