Gangrene - You Disgust Me 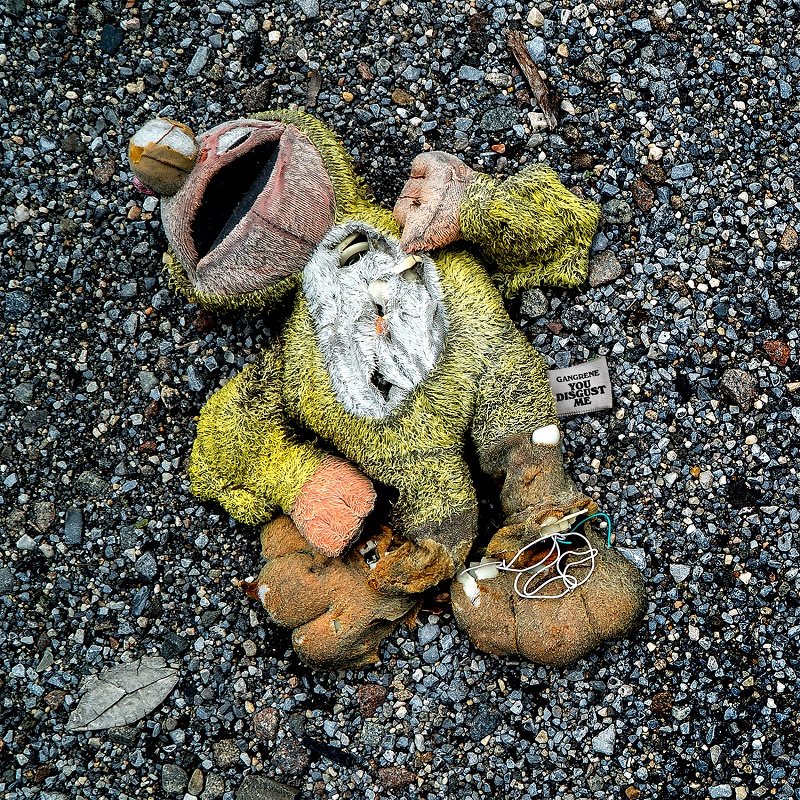 Hip Hop’s creativity is now drawn from a global wellspring, and vanguards are regularly born far outside of traditional hotbeds. California’s own Alchemist and Oh No (the latter a blood brother to producer extraordinaire Madlib) have respectively made their mark from Beverly Hills and Oxnard, working with legends not limited to Mobb Deep, Nas, DOOM, Curren$y, and Planet Asia. Albeit a newer outfit in tandem since 2010, Gangrene has been a pet project where they attempt to form musical diamonds from unfiltered grit.  Representing the last of a dying breed, their balls to the wall attitude show no signs of easing up. You Disgust Me can potentially be taken as a scorn filled message to radio program directors and commercial interests as a whole.

Crossing over without compromising their vision, earlier this year Alchemist and Oh No struck gold scoring the violent fantasy video game “Grand Theft Auto V” on Welcome To Los Santos. This perfect fit was just a pit stop, as they’ve proven themselves even more relentless with You Disgust Me personifying the “If it ain’t broke, don’t fix it” adage. A logical progression from former albums titled Gutter Water and Vodka & Ayahuasca, the deadly duo has returned for what amounts to another intimidating day at the office. Along with a collective of usual collaborators, the group has pooled resources from some of the underground’s brightest talents making their synergy stronger than ever on this seventh release together.

Having developed a reputation as champions of Rap’s seedy underbelly, Gangrene pulls no punches in their mission to dominate amongst peers of the indie scene. “Sheet Music” is a head-nodder highlighted by organs, a special moment as it features not only a refreshed sounding Havoc on the hook, but one of the first posthumous cameos from recently departed veteran Sean Price. Other guests include freshman Your Old Droog and new OG Fashawn on the avant-garde “Gluttony” and workhorse Action Bronson on “Driving Gloves”. The latter sounds fresh out of an adventurous James Bond scene, with Alchemist proving he can talk trash with the best as he boasts “I’m bout to do a song with Bono/Pockets trump like I just hit the lottery lotto.”

Though the relatively less prolific Oh No never plays second fiddle or disappoints, Alchemist is the star of the show having been on a tireless run the past few years. Clearly soaking up inspiration from the lyrical giants he’s worked with, on “Flamethrowers Pt. 2” he cleverly quips “You for the bitches like frozen yogurt.” Able to hold their own with and without bigger names on tracks, “The Man With The Horn” is a jazz based moment grimly depicting lowlife scoundrels lost in the nightlife. A stark contrast, “Scrapyards” switches pace given it’s envisioned as a rock stadium anthem. This absolute refusal to play by anyone else’s rules is the key element to Gangrene’s teammates keeping each other sharp without a risk of becoming stale.

Branding themselves and raising the bar each time, Gangrene caters to their edgy niche with no signs of compromise. Sticking to the basic tenets of well-crafted rhymes over aggressive beats, the two producers continue to show and prove their capabilities on the microphone to boot. Though their formula is simple, the pair takes precisely measured efforts to make sure each song remains true to their refined essence. As their catalog grows, at every turn Oh No is right on the heels of Alchemist, a studio rat whose work ethic can’t be beaten.