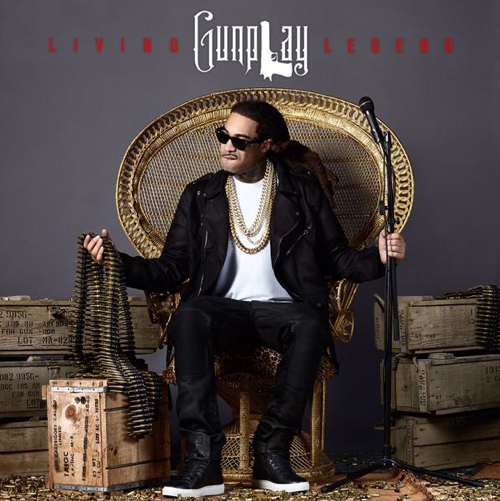 At a time when unorthodox methods of attaining buzz are embraced more than ever, Gunplay’s shenanigans have nearly overshadowed his music. While he’s still a niche artist on Def Jam, few modern stories compare to his controversial highlight reel.  Given the chance of a lifetime, Maybach Music Group’s most deranged member has been unafraid to tow the line between industry success and trouble with the law. Amidst his edgy living, a show stealing appearance on Kendrick Lamar’s “Cartoons & Cereal” expanded his audience and showed potential for him to escape a dead end path. Three years later, his long awaited debut Living Legend has been met with waning interest as he hopes to sustain his career just a bit longer.

The bizarre mythology surrounding Richard Morales’ stage name includes a swastika tattoo, a well-publicized fight with members of G-Unit at the 2012 BET Hip Hop Awards and a similar skirmish where he became a meme for being carried out of a nightclub by security. Over the course of 11 songs, Gunplay attempts honoring the brash legacies of Trick Daddy, Ol’ Dirty Bastard and Tupac, the three emcees he’s gone on record idolizing the most. Not one to shy away from other influences, the opener “Tell ‘Em” has him borrowing from the self-descriptive rhyme style once popularized by fellow loose cannon Mystikal. Over crunk percussion and apocalyptic bells Gunplay says “I’m the dirty lace in the sneaker/And the bass in the speaker/I’m next/I’m the Pyrex printed on beakers,” a welcome updated spin on classic No Limit verses.

While Gunplay is a magnet for shock value and horrific drama, it becomes evident he doesn’t have much of an alternative perspective to give the world. Placing himself amongst the ranks of go-getters and felons, “Only 1” takes a perverse pride in hood stripes and the fast life. Long time friend and boss figure Rick Ross shows loyalty appearing on the frenetic adrenaline inducing “Be Like Me,” but unfortunately, it sounds like a throwaway with the exact tempo listeners are already accustomed to from the MMG captain. Even less original, the single “Wuzhanindoe” has tried putting the magic combination of YG and DJ Mustard to use. For marketing sake the song makes sense as it matches Rap’s recent prevalent sound, but technically speaking it’s a near replication of My Krazy Life’s highly regarded “BPT.”

As realism meets entertainment, Gunplay sets a precedent where arguably less charming acts like Stitches can follow his blueprint and go viral. Living Legend is an uncomfortable look into the walk of a one man freak show but it isn’t without redeeming value. “Dark Dayz” has him warring with his spirituality, caught between the worlds of the trap and going straight and “Leave Da Game” attempts explaining the rough upbringing that threatened to destroy his adolescence. A high school dropout who has spent time in and out of jail and props himself up by disrespecting others, it’s difficult to distinguish if this is a role where art imitates life. Gunplay’s repetitively destructive themes come as no shock given his stage name. While his long journey has finally paid off, Living Legend lacks it factor to have listeners clamoring for a follow-up anytime soon.