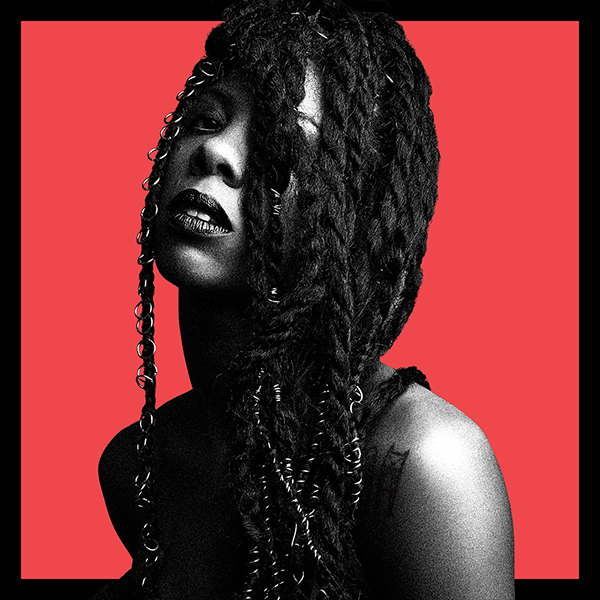 As tormented as it is artistic, the debut Fool’s Gold Records release from Atlanta’s BOSCO tends to tread into the most morose of soulful lanes and returns now all-too familiar sounding results. This isn’t to say that the new release from the veteran underground artist once known as Brittany Bosco is terrible. No, it’s just that the field for minor-key led soul production female vocal tracks is crowded these days, and it takes something a bit more than both a high level of skill and talent shown from both the producers and vocalists on the track to reach another level of excellence.

This release does one thing truly well, that being making certain that the listener is well aware that BOSCO’s hometown of Atlanta has levels deeper than whatever Young Thug and so many other hipster-beloved and turnt-up artists are creating. For example, the EP’s eponymous single is the six-track collection’s best pop-aimed work. Producers NEVR and REO are Atlanta natives and is a sexy ballad laid upon a bottom-end heavy bed of snares and heavy breaks. This is certainly out of the PBR&B school, but there’s rarely every a female teacher at the head of the class like BOSCO. Alongside Jace of ATL rap collective Two-9, when she sings about “smelling perfume in [his] sheets,” joins artists like Kelela and FKA Twigs in unleashing a feral sensuality that feels like women in soul music also can exude an emotional fury similar to what The Weeknd is using to race to the top of the Top 40 charts.

However, where art and heartbreak meet is where this EP works best, and it’s the tumultuous “ROSENWOOD|Pour The Whiskey” that embodies that feeling. Percussively, this track shares historical precedent with Santigold’s minor 2008 crossover hit “Creator,” the rubbery sound of echoing tom-tom drums beating against a seemingly endless sonic void. When the track errs into being a loud and reverberating mess is when it’s at its best, Bosco’s discussion of a haunted, drunken bender amplified by the violence implied by the track’s stentorian blare.

More than anything, the EP falls short of being truly great because of the use of interludes between the tracks. From a creative standpoint, using the interludes in order to link the EP’s disparate energies makes sense. However, when starting an EP with a track like “Gold Ghost” that feels longer, deeper and (appreciably) more dripping with emotion than you’re likely looking for at the start of a release, following that up with an interlude may be unnecessary. Similar to “Gold Ghost,” “Anymore” is spacious, deep and ambient, and bears the weight of a voice that’s as heavy as the production. It’s a curious production choice that’s copied again as “Without U” follows “BOY” and precedes “Seventh,” and again adds a layer of gravitas to a release that already has more than enough of it to last for the length of a 12-track album.

Ambitious creativity is to be praised in the music industry. It’s rare to find artists in the modern age who, when faced with the opportunity to see their art reach more ears than ever before, feel as if they’re mortgaging very little of their vision for the potential of commercial and critical success. However, in doing in six tracks what could’ve been done in three — and probably doing more to make a listener possibly want to hear a traditional full release than anything else — BOSCO does still demonstrate that she’s able to blend modern pop techniques with her unique take on soulful vibes well. However, to craft a restaurant metaphor, it’s as if BOSCO skipped the appetizer and delivered half of a 12-course meal that tastes kinda like the best meal you’ve already tasted. At the end of six tracks the listener is certainly left hungry, intrigued and desiring more.