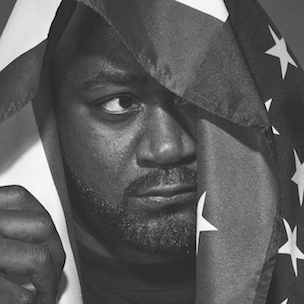 Prolificity is a dangerous game amongst Hip Hop legends. It tests early work and current relevance and raises questions about consistency. Ghostface Killah is again offering himself up to those risks less than three months removed from his last album with what is now his dozenth solo release and third consecutive collaboration with a live band. Of the Wu-Tang Clan’s “upper tier” — a literal pay hierarchy that revealed itself in interviews leading up to the group’s last release — Ghostface has been the most dependable, even if sometimes perilously experimental (see the 2009 R&B effort Ghostdini: The Wizard of Poetry in Emerald City). At 44, he has a similar claim within Hip Hop as a whole and has managed to keep his public image contained almost entirely to his music.

To some, Tony Starks has been treading on thin ice, though. Last year’s 36 Seasons may have stuck a little too closely to a script of his own design to fully entice. The album took 11 days to record and sometimes, disappointingly, sounded like it. It was another full-length narration project and Ghostface admitted in an interview with Spin that concept records had become painless but he seemed complacent as much as encouraged in saying so. “When you’re doing a concept album it’s easy,” he said. “It’s like a movie, you already know what you’re dealing with.” For better or worse, listening to Ghostface is a lot like that too.

Sour Soul loosens Ghost’s narrative ambitions to single song stretches for the better, and often, as ever, his raps are delivered in zany non-sequitur form anyway. The album is only 33 minutes long as well, a twelve-track effort that includes a pair of instrumentals and four features. Ghost has leaned back and it’s easier to enjoy him like this, unencumbered by the commitment of pairing an album listening with a comic book read, for example. The Toronto Jazz band BADBADNOTGOOD’s backing helps tremendously and may be the best source material Ghost has had in this latest three album stretch. On Sour Soul the group’s musical paradigm is smooth Psych but many arrangements and build-ups nod to the likes of soundtrack great Henry Mancini, approaching Ghostface’s affinity for cinematics musically more so than narratively.

Ghostface’s rapping isn’t wordplay heavy in that he doesn’t beat around the bush or hint at meanings that aren’t immediately forward as much as uttering simple and random eccentricities into existence. His lyricism is endlessly and confrontationally anecdotal; in that way, there’s a buy-in required before listening that you grant him certain freedoms, like starting vignettes in the middle of a meaningless story. “Ayo, bitch, what the fuck? I got lint on my robes / I can’t pimp in these clothes,” he snarls to begin “Tone’s Rap,” a single verse track that ends with “pimpin’ ain’t easy but it sure is fun.” Ghostface hasn’t grown on Sour Soul and sometimes settles too quickly on predictable tropes —”Stem cell, my niggas is scientific,” or, “smoking rags on the list like Craig”— but sometimes that works best (though not in these cases). Ultimately his raps are at least approachable when stripped down like this, and even if he doesn’t offer anything revelatory, the presentation of “Nuggets of Wisdom” is where he seems most in pocket, ornamenting the music with cliches that tilt slightly askew: “Make peace not war, make babies some more / Keep a smile when you travel from shore to shore.”

Ghostface doesn’t carry Sour Soul on his shoulders though, and the pressure of filling up space is lightened by BADBADNOTGOOD’s own swelling instrumentation, which flows with a similar vibe from track to track without getting too sleepy or predictable. The music floats trippily from downtempo to acid Jazz and psych-y Soul/Funk and back, an approach to Jazz instrumentation more invested in musicality than technicality. “Six Degrees” builds a creeping staccato guitar and bass line, the kind of soundscape a ‘60s era film spy might tiptoe along to, into a smooth backdrop for Ghost and Danny Brown’s grit. “Tone’s Rap” crawls and drawls instrumentally, a shimmering guitar riff and chord progression held barely in place by Alex Sowinski’s drumming. Both in general and here specifically BADBADNOTGOOD’s music doesn’t loop back upon itself with quantized Hip Hop inflections but seeks out lazy grooves on which they build both slowly and abruptly. The effect is propellant, even if meandering, and it makes listening through the album effortless.

The inclusion of a small handful of featured emcees spices up the pot appropriately and where and when they cook are choiced well. Doom raps alongside Ghost on the most energized track on the album and Chicago rapper Tree’s restrained delivery and gruff voice are best suited to the dreamy backdrop of “Street Knowledge.” The album doesn’t belong to the features or its main rapper though, and that investment in the music itself has paid off. Ghost doesn’t hold up the project and he’s made that appear like an effortless choice instead of an uphill battle to which he’s succumbed. He hasn’t run out of things to say, but his bars can be utterly predictable and randomly swathed together. “Ghost the hockey mask, hiding the features,” he raps, “Fuck the black lagoon, watch me enable her creatures / The bleach is chemistry, teachers cooking meth.” Sour Soul isn’t meant as a thesis though, and that it’s easy to digest its charms might be its primary artifact. For some critics, Ghostface might be waning. With Sour Soul at least he’s proven it’s fitting to catch him glimpses.