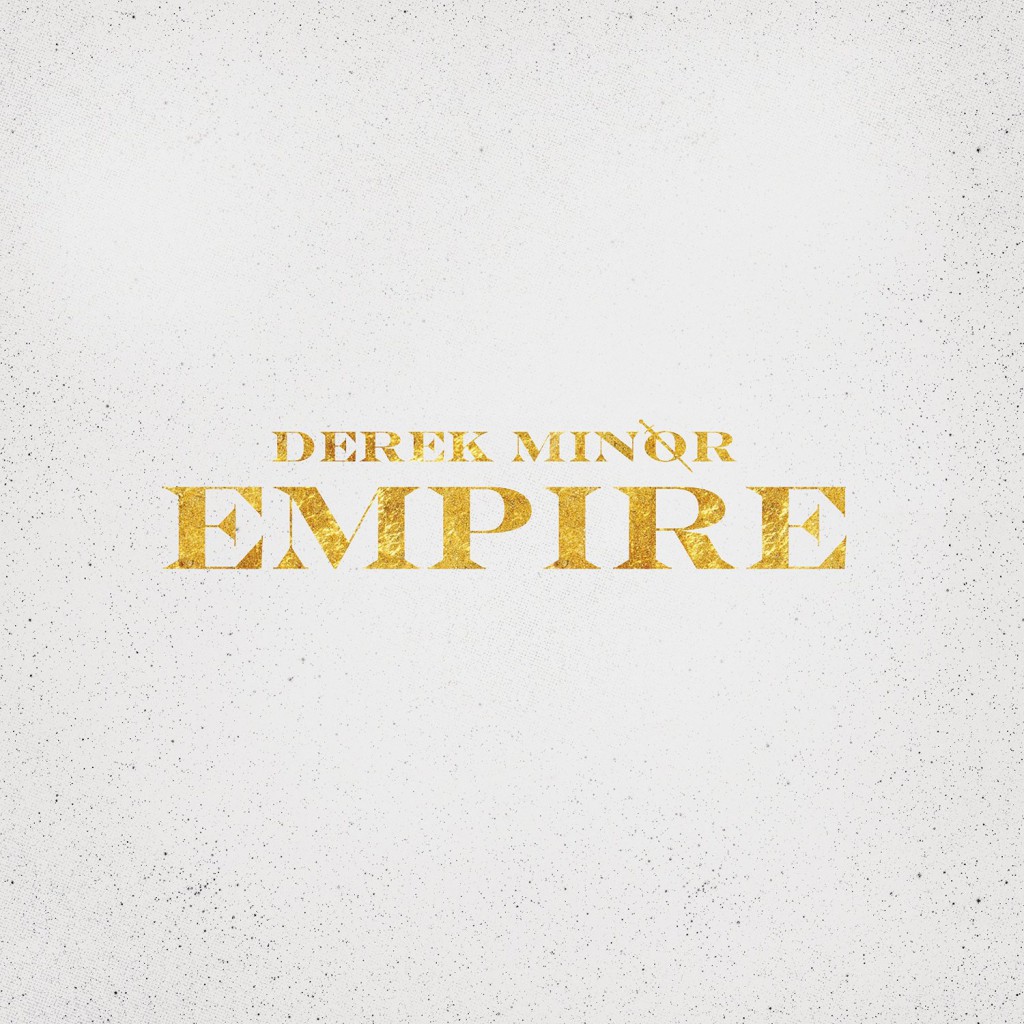 With a career inching closer toward a decade mark that includes accomplishments like having an album reach the upper tier of the Billboard Gospel and Top Christian charts, releasing five solo albums and six mixtapes and being co-founder of Hip Hop label Reflection Music Group, Derek Minor’s accolades can be matched up with just about any emcee that’s spent a similar amount of time in the game. The increasing prominence of Christian Hip Hop now has Minor perfectly positioned to take full advantage of continuing to share his story and spread his message amongst a widening demographic. The vehicle he’s chosen to help  fulfill this gargantuan task is his fifth studio album, Empire, a body of music that, even though is at times heavyhanded, is exploding with enough stinging lyricism and forceful, compelling production to open up even the most stringently dismissive of ears towards his music.

More than anything, Minor attempts to tell a continuous and genuine story with the theme of building and serving certain empires, spiritual, secular or otherwise. The first standout listeners will notice is the lead single, “Who You Know.” It’s a fiery, vigorous, bounce-laden robotic-trap record honoring the Almighty that features Minor energetically switching up his flow with little to no effort and exquisitely sets the tone for the rest of Emprie. Minor is prominently skilled at weaving his way through varying lyrical styles: he can play the role of a stuttering, grimy-trap boy on “Who You Know” and “Slow Down” with Tony Tillman and Tedashii, then switch to an honest-to-a-fault, spiritually-centered raconteur on “Stranger” and with the wispy, supple instrumentation found on “Oceans.”

Empire uses many of the elements in current day mainstream Hip Hop and R&B to paint an alternative picture. The space-age, high-end futurism and stadium status production of “Right By My Side” could have easily served a singer like August Alsina or Jeremih, but is instead used to celebrate being a one-woman man with the assistance of Chad Jones and Anthony Evans, Jr.

To wrap the album up, Minor enlists the forces of Lecrae and Canon on lyrically nasty “Until The End Of Time” and gives a nod to the passion and bar-spitting obsession of Battle Rap, but to once again give honor and glory to God in their own unique way. Minor has done well to use a wide range of producers, guests and styles on Empire, refusing to get stuck in only a handful of sounds. His choices range from trap-centric/EDM concoctions to soft and lush piano key and guitar driven instrumentals, as well as heavy, bar-friendly beats. Sometimes the results are hit or miss, but overall, effective.

And outside of his keen ear, one thing Minor does better than anything else on Empire is firmly holding fast to his beliefs and conveying them passionately to listeners, an aspect that artists similar to Minor are more willing to compromise for the purpose of getting more listeners. Though this hinders the project in some aspects, it also injects a greater sense of integrity, loyalty and positivity into Minor’s music.

Empire’s major stumbling block comes when Minor’s passionate testimony overtakes and outweighs the good that his music has already done. While a song like “Kingdom Come” is arresting and powerful with soulful production, it also leads to one of the albums’ most blatantly metaphorical and moralizing moments at the end, with a faux-news reporter urging listeners to “take an alternative route,” while then leading into “Slow Down.” And while the “Babel” interludes serve their purpose, they are also two pretty prominent speed bumps that severely slow down an otherwise nicely flowing project.

Other than that, the faults are minimal. It may not seem it on first listen, but Empire is a bold body of work. Derek Minor is unapologetic in his beliefs and unashamedly, aggressively delivers them throughout, but is also supremely cognizant of how to craftily deliver his message to those that otherwise would not listen. It’s no stretch to say that his fifth outing could potentially serve as Minor’s breakout moment on a larger scale.