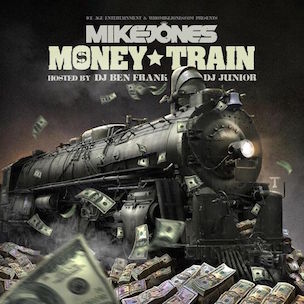 Adversity often births the most timeless music of a genre. The unfortunate passing of Lupe’s father led in large part to The Cool. When the rest of the world turned its back on Kanye West, he responded with the most critically acclaimed album of the last decade with My Beautiful Dark Twisted Fantasy. Fresh from a not well received album and the subliminal-turned-all-too-real jabs from Jay-Z, Nas blessed fans with Stillmatic. The list goes on. So when an artist manages to wrestle himself from the messy throes of milk-box obscurity to once again become a conversational piece at barbershops nationwide, one would naturally expect the end result to justify the occasion. From 2004-2005, Jones was churning out top singles like “Flossin,” “Back Then,” and his magnum opus, “Still Tippin.” But ten years removed from those heights, other artists have taken away his market share, euphemistically speaking. Ironically, in 2015, Jones’ rhetorical signature line “Who is Mike Jones?” is more of a legitimate question than a clever gimmick.

Jones’ latest offering, Money Train, is a paradox of sorts. At it’s best, the tape is a persuasive argument that the many followers of Jones were not in fact stricken by some unrooted mass hysteria in the mid 2000’s when they not only regularly listened to his music but quoted his lines in droves. As evidenced by tracks on Money Train, Jones is still able to craft catchy material while keeping in line with his repetitive yet captivating flow. On “I Remember,” Jones humanizes himself with an autobiography nestled comfortably on punchy kick drums and the sounds of a piercing saxophone. Grown but less radio-sexy than “Back Then,” Mike delves deep into his pre-fame struggles with rhapsodic real-talk. “What We On” revisits his modest, unembellished modus operandi with a simple yet engaging nursery hook. Here Young Deuce steals the show with the sort of impassioned delivery one would expect from a rapper attempting to get noticed for the first time.

Even in his heyday, Jones’ arsenal never consisted of jaw-dropping lyricism, but he has, nonetheless, always possessed a knack for crafting catchy material. “Trappin” is devoid of the type of Jadakiss-esque bars that penetrate the dome and seep in for a lifetime, but against a melodic, emphatic drum-laden instrumental, he constructs one of the most memorable moments of the tape. “Syrup” features Jones at his best in this regard with looped themes of drank, gripping grain, and candy-painted whips against the backdrop of lively piano strokes revisit the essence of his artistry. “Champagne Music” is further evidence of his fetching abilities, melodically cementing another party-oriented track that embodies the essence of music that could easily be super-glued to the dome.

When Jones strays from his signature sound in favor of oblivious attempts to fit a niche that bares no resemblance to his original style he wades into the territory of counterfeit rhythms. Too often Jones gets caught adrift in contemporary sounds, particularly an unmistaken mimicking of Migos on “Hallelujah.” “On My Momma” is an even worse example. These instances of biting, albeit few, detract from the quality of the stronger material.

Nostalgia reigns supreme on “Riot (Freestyle),” as Jones and long-time collaborator Slim Thug link up for the most enticing track of the table. Thug commences the cut with a “I got a Phantom on my necklace/ Drank cause I’m from Texas/ That cup muddy as fuck/ We drank that shit for breakfast.” Jones is equally impressive, rifling off: “I’ve been away/But I must say/I got paid/ So that’s more cheddar.” The collaboration does more for Jones’ case than any other track on Money Train, and is glaring proof that the princes of Houston are capable of infectious occasions when they are grain-gripping in their own creative lane rather than someone else’s. Although he mostly refrains from the chopped and screwed tactic that contributed to some of his most musically engaging moments, Money Train is mostly a dignified effort from an artist attempting to regain his footing in a contemporary landscape that has mostly left him behind.