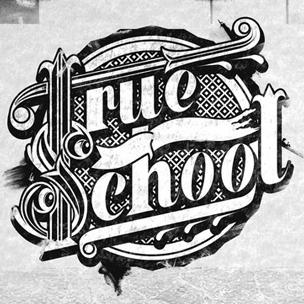 Despite 3,000 miles of ocean separating the French Republic from New York, the culture of Hip Hop with all its tenets has grown rapidly since the ‘70s and ‘80s—perhaps faster in France than any other country in Europe. It is here where DJ Jean Maron, a 38-year-old producer, has been shaping his sound and watching the music of the United States—even when the US didn’t care to look back. In 2010, Maron, and Boston emcee M-Dot, released Run MPC. With a fair array of samples, scratches and running-paced drums, the album’s sonic framework was solid yet slightly predictable in its attempt to recreate and preserve “real Hip Hop.” Four years later, with names such as Kool G Rap, ONYX, KRS-One, Brand Nubian and Masta Ace to provide co-signs on his latest True School, Maron has found himself dissecting this concept of “real Hip Hop,” and in doing so has found moments of authenticity, but more moments of disillusionment.

Within the very first seconds of the album, DJ Jean Maron with the help of Kool G Rap, begins defining the idea of “true school” as an essence, mostly found within the past but not limited to it. Kool G spits a brief but successful verse that acts as a time machine.

“Flashback to the mid ‘80s,” he begins, referencing people like Salt-n-Pepa and his early coke career to provide more context. A little further into his verse, G Rap then takes a wormhole into the present, contrasting the Golden Era with the new millennium, rhyming:

“Mike Tyson, was striking with the height of a bison / Forever a legend in my book, the livest crooks / Now let’s shoot back to the present, in two flash seconds / No heavyweight division.” With a clever analogy to boxing, G Rap deviates from the normal old school versus new school argument; instead of simply dismissing newer rappers, he is specific in his critique about their level of competitiveness.

With such an argument serving as the basis for the project, Maron provides a rubric for which to judge the music—a rubric that he himself ultimately falls short of. “True School,” the first single and namesake of the album, which features KRS-One, is an example of how the album, despite its attempt to return to a “source” of this “essence,” fails. KRS utilizes his usual matter-of-fact tone and straight-forward speech that can sometimes be seen as presumptuous, in order to deliver some memorable lines such as, “You got to love the fact that I still rap / Hip Hop culture, I live that ‘cause I built that.” In general, it’s typical KRS. However, there has to be some accountability on behalf of the Bronx legend for having other lines such as, “Fuck a desk a lunch break / Coming through that red tape / Temple of Hip Hop, that’s the es-cape,” where the rhyming is lazy. With a Jimi Hendrix, “Purple Haze” sample, Maron and KRS ultimately craft a song that does have some edge and is more hit than miss.

Continuing with the rest of the album, there is a noticeable difference halfway through. “Get Up” by ONYX and “You Can’t Hide” by M.O.P. are rather strong up-tempo tracks, and Maron provides a certain consistency through instrumentals by incorporating a b-boy approach of funk and drum breaks. However, after the REKS a capella rap that shouts out those who participated in the project, Maron makes the biggest mistakes when it comes to fleshing out songs with a less aggressive focus that are more thematic.

Perhaps the most essential songs in terms of substance and having a concept, “Itinerary,” “It’s Too,” and “Forbidden Love,” continue to show Maron’s conflict of having small breakthroughs while suffering major set-backs. The breakthroughs come mostly through the insight of the OGs who insist the problems of Hip Hop attributed to the new school have actually been around since the Golden Era. On “It’s Too,” Masta Ace admits, “I’d be lying if I said we wasn’t crying or complaining about the same damn things back in our days,” and uses the success of rappers like Vanilla Ice as one example. The setbacks come from the quality of the songs; at times they’re hard to digest. Ace’s verse aside, the JTronius hook is woefully off key and distracts from the rest of the song. “Itinerary,” replaces a conventional hook and instead includes a voice from a car navigator giving directions, which is absolutely not a good idea. “Forbidden Love,” shows some potential, but after the first verse begins to drag.

It must be made clear that True School, despite its admirable investment in “real Hip Hop”—however loaded that term has become—provides nearly as many problems as answers. If there is something lacking in today’s emcee and something inherently essential about their forefathers, then it would presumably be true that Maron’s album would be a stronger body of work. This is not the case and is compounded by the lack of a standout a track—something to point to and say, “This is what’s been missing.” So Maron along with his slew of Golden Era legends, and the rest of the Hip Hop community, new and old school, are still presented with this daunting reality that Rap remains divided in terms of generations, regions, Trap and Boom Bap, and that may be as “true” as you’re going to get.