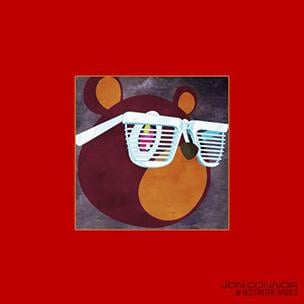 Signing a record deal with Dr. Dre’s Aftermath Entertainment usually means intensive media attention—usually. However, Jon Kevin Freeman Jr., known to those who’ve been watching as Jon Connor, holds the not-so-desired distinction of remaining a relative unknown while having the backing from one of the most revered producers in Rap. Coming from Flint, Michigan—an economically suffering city that has produced “Ain’t No Future In Yo’ Frontin’” creator MC Breed and liberal documentarian Michael Moore alike—Connor has championed himself as “The People’s Rapper.” It is this persona that has come to define Connor’s approach to music, and even when inducted to an alumni that includes Tupac Shakur, Kendrick Lamar, and fellow Michiganite Eminem, he is incredibly low-key.

As it becomes clear in his latest project, inspired by the production of Kanye West, The Late Registration Of A College Dropout Who Had A Dark Twisted Fantasy Of 808s And Heartbreak (or Best In The World, for short), Connor too finds bravery in his bravado; but he also finds strength in his humility and once again, celebrates the success of the little guy.

The listener finds Connor in a similar frame of mind as his previous work, despite his recent career advances. He opens “We Don’t Care” with, “Most of these niggas ain’t talking ‘bout shit, well I’m here to change that / My pockets still hurtin’, my nigga, the fame ain’t change that / A nigga signed a deal, they thinking I’ma be wanting my change back.” Over the original “We Don’t Care” from The College Dropout, Connor quickly makes the point that through every sonic re-invention of Mr. West, he is able to manipulate the music through his rapid-fire delivery into a street-ready song.

It should be made clear that this is a mixtape in the very traditional sense and not in the fashion that Rap has more recently come to define them, as free albums. It is truthfully a demonstration of skill, not constrained or worried about a hook or song structure. With that being established, it doesn’t mean that Connor takes away from the complexity or heaviness of some of Kanye’s more socially impacting songs.

For example, “New Slaves” affords him the opportunity to focus on issues such as reality TV and Rap’s participation in some of these shows. “I ain’t no better than you,” he confesses. “I watch Real Housewives too / I be watching TMZ, I see the blood on the leaves / Stevie J and Peter Gunz, I see the blood on the leaves.” To make the critique even more in depth and personal, Connor uses a snippet of the World Wrestling Entertainment’s CM Punk declaring, “I am the best on this microphone.” In what may be an obvious celebration of his own skill, it also is a moment of self-deprecation to fully convey the idea that Rap—like wrestling—may be more entertainment than real life.

“The People’s Rapper” continues to add new meaning throughout the piece, using “Jesus Walks” to channel his frustration with hypocritical pastors, and “Big Brother” is re-imagined as an homage to Dr. Dre. To hear Connor say, “My big brother is Em’s brother, Eazy-E, Yella and Ren’s brother,” is confirmation that the emcee is able to not only appropriate the beats to make new music, but also motifs, lyrical iconography and spirit.

Jon Connor’s booming and sometime raspy voice sound great as ever, and it’s clear that the hometown boy, despite not being the apple of the everybody’s eye—yet—is in a good spot. The mixtape is all a part of the so-called “#ConnorSeason” which can be seen as his final lap before major changes really start to take place. Essentially, he’s asking the audience to celebrate with him, and there is nothing wrong with that.