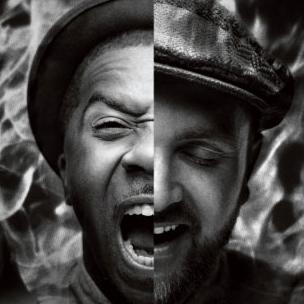 A large part of Los Angeles producer Exile’s impressive repertoire to date furthers the groundwork laid by duos including Gang Starr Pete Rock & CL Smooth, having built his name as a one man beat factory responsible for complete albums for artists in his Dirty Science camp. Though it’s worth examining his past work with Aloe Blacc under the Emanon banner, most notably Blu’s Below The Heavens and Fashawn’s Boy Meets World were distinct semi-autobiographical works tailor made for their subjects, proving Exile’s versatile chemistry within his chosen circle. Sticking to this script, he has combined forces with Johaz to form Dag Savage, a team effort that takes a no nonsense approach to creating honest and traditional Hip Hop that is in touch with today’s times. E&J is the latest chapter in Dag Savage’s saga that has garnered respect in just a little over a year’s time.

Much like the brandy liquor commonly associated with its acronym, E&J is an acquired taste due to its initially strong and bitter character. The self-proclaimed West coast Reflection Eternal, Dag Savage’s aesthetic matches the group’s edgy name, with Exile giving his protege an unfiltered platform to speak on personal plights and struggles along with society’s greater issues. Hurdling out of the gate, “The Beginning” attacks systematic injustice as the LP’s very first verse pulls no punches. While he can’t be neatly categorized as a conscious emcee, here Johaz seeks to spark a proactive revolution barking, “These niggas is full of shit like the Zimmerman trial / How you gon’ stand behind the murder of a innocent child / In a all white hoodie blowing smoke to the clouds…” “Twilight” continues this righteous battle, drawing parallels between slavery, the conditions of disenfranchised black youth, commercial Rap’s lack of civilization and the famed execution of gang leader Stanley “Tookie” Williams. This confrontational manner is but an example of why the San Diego native has quickly stood out in an underground scene that risks the same complacency suffered by the opposing mainstream.

Mindful of the need for balance, E&J makes certain to offer alternative lanes for anyone who isn’t held captive by its rage driven moments. A brave feat considering he’s still a relative newcomer, Johaz goes into painstaking detail looking back at his dreams to pursue music as a career and his family’s skeletons on the introspective memoir “For Old Time’s Sake.” Letting the audience look deeper into his innermost complexities, the soulful and bluesy “When It Rains” could potentially gain traction given the harmonies of Aloe Blacc, who has increasingly become a staple of modern pop culture. On a lighter note, the jazzy and playful “LL Cool J” allows Exile to flex his sporadic passion for rhyming and “Wine & Cheese” is a classy ode to romance, fueled by the vocal stylings of songstress Jimetta Rose.

Dag Savage’s E&J is another of Exile’s cohesive soundtracks highlighted by his trademark penchant for melodic loops and hard drums, with intermittent difficulties and inspirational lessons derived from life’s joy’s and pains better understood after successive plays. A likely explanation of Johaz’s aggression is the byproduct of a burning desire to be recognized amongst the future elite, a commendable trait of ambition that could be mistaken as unfriendly since this is a formal introduction for many.