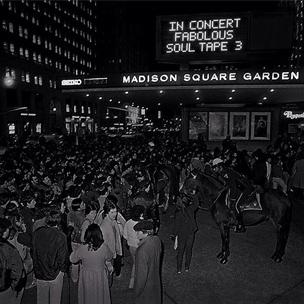 Given poetic talent has taken a backseat in hit records, today’s Rap superstars are mostly marketed for superficial reasons, resulting in the mainstream’s more serious lyricists adapting to the rat race or fading into obscurity. Occupying the role practically created by LL Cool J before being adopted then abandoned by Ma$e, Fabolous has led the charge as New York’s slick Casanova employing intermittent airs of tough talk. Early followers have found cause for questioning Fab’s potency as drastic measures to keep his name alive have dumbed down his once esteemed punchlines—this struggle leaving him in murky waters without a full-length physical release for nearly five years. In efforts of bringing in the new year with an increased buzz, Fabolous has returned with the latest in his running series of free mixtapes, The Soul Tape 3.

Caught up in the music industry’s antiquated system of rules that cater to the lowest common denominator, Fabolous cuts corners to prove his career still has legs with The Soul Tape 3. Undergoing an almost complete renovation, every facet of his presentation is advanced with Brooklyn’s self-proclaimed swag champ possibly under pressure in the wake of Kendrick Lamar’s 2013 takeover. Threatening a response to “Control” on Twitter months ago, Fab finally fires what could be considered veiled shots on “The Get Back,” not taking kindly to the now legendary perceived slight. Other nods to his street audience, “Playa” gives a rehashed spin to the Notorious B.I.G’s “Player Hater” and courtesy of Araabmuzik, “The Hope” features a vintage appearance from Jadakiss, both offering reminders of when the East coast thrived on a dominant level.

The Soul Tape 3 has Fabolous mindful of the female demographic that made him a staple on countless R&B features. Remarkably, odes to the fairer gender work his formula to the point of mastery, holding the attention of men instead of coming off as polarizing. Despite its cheesy title and concept, “Cuffin Season” appeals to fans of grittier Hip Hop, while “Situationships” explores each side of a toxic relationship enhanced by cameos from Mack Wilds and Tiara Thomas. Showing versatility developed through lots of crafty composition, “You Know” is a riding anthem co-starring [Young] Jeezy without a compromise of integrity on the parts of Atlanta’s long running trap star or Fab who shares the spotlight here. All of these moments exceed the potential found in recent history, as it seems he’s determined to restore promise to his city again.

For loyalists fed up with the status quo, The Soul Tape 3 is a sign of prosperity extending towards an overdue changing of the guard. “Foreigners” is the one grave misstep, as Fabolous sounds out of place using Auto-tune and attempting to match wits with Meek Mill, proof that departing from making fully realized work is an active choice.  A breath of fresh air compared to the majority of commercial acts, Fabolous has what it takes to fill a sizable void and resurrect The Big Apple if his time hasn’t run out in the court of public opinion.