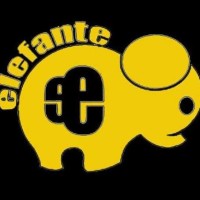 Rap Album One is 23-year-old LA-based rapper Jonwayne’s long-awaited “debut” Rap release on Stones Throw records—aptly titled after an incredibly productive five years in the music industry spawning three cassette format mixtapes, two full-length instrumental albums, and a handful of self-released EPs, demos, and digital mixtapes. First gaining notoriety on the LA experimental beat scene as a producer, the seemingly introverted Wayne has unveiled more of himself with each successive project, and for many, Rap Album One will be a formal introduction to Wayne’s beats, rhymes, and life.

Speaking to the success of Wayne and Stones Throw’s history of physical releases (cassettes and vinyl), it only makes sense that Rap Album One is reminiscent of the days of more interactive music listening. It’s most certainly an album best suited for giving your full attention to. It’s not an album for the club, background music at parties, or even necessarily car music—although it’s a perfect soundtrack for a late night solo cruise. It’s obvious Wayne crafted this album with the intention of being taken in fully, as the album as a whole serves as a satisfying sampler platter of the many flavors of his personality.

On the standout Scoop Deville-produced “Come Up Pt. 2,” Wayne reveals, “I went to college for a year and a half, with no credits / I just went to rehearse the verses and bare edits / I was working at GameStop, and drove up to LA to get a five spot…” detailing his incessant grind and persistence, paying bills and commuting to LA to network and eventually perform at LA’s weekly experimental beat event “Low End Theory,” where he’s become a regular performer and crowd favorite. He speaks pointedly on his ambivalence toward his success thus far on “Reflection,” rapping, “I make records but I want nothing to do with history / The only time I’m feeling fine is in my inner sleep / The only time I’m seeing shine is in the reflection / So I throw stones at them, I throw stones…” True to Wayne himself, parts of the album are zany and unexpected, notably his computerized vocal effects on the aforementioned “Reflection” and “Zeroh’s Song,” enlisting the assistance of the song’s namesake, LA’s up-and-comer Zeroh.

The triumph of Rap Album One is that Wayne manages to experiment sonically while his rhymes maintain an undeniable true school appeal. He’s taken a page from your favorite rappers’ favorite rappers, and his study habits are apparent. A common criticism of Wayne is that his vocal stylings too closely mimic those of fellow Stones Throw associate DOOM, and while the influence is evident, it’s far from distracting. The comparisons may as well be arbitrary—his baritone is so commanding and charismatic that one wouldn’t think Wayne could possibly be attempting to sound like anyone else. He’s vulnerably but powerfully himself, rapping “Maury Povich ‘cause you know my style has no father” on “You Can Love Me When I’m Dead.”

On the jazzy feel-good closer “Sandals,” he commands, “Call me anything but what I am—keep your mirrors to yourself,” perhaps referencing the implication of the album’s artwork—but after this album, none will be able to call Jonwayne anything other than a great rapper. He’s got more soul in one open toe than any rapper who could ever be considered a cracker.