Audio Push - Come As You Are (Mixtape Review) 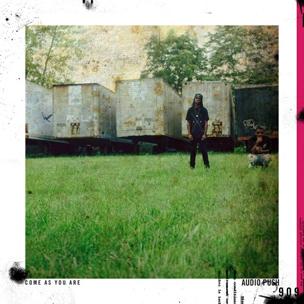 Releasing a song that revolves around a dance can sometimes end your career before it starts. While it may not necessarily be an immediate kiss of death, it’s highly unlikely a rapper that chooses this path will ever gain respect as bar-for-bar emcee. On Audio Push’s “Come As You Are” Pricetag raps, “Hoe you mean to tell me / Since we dance, our music isn’t bumpin’ / ‘Cause please, let’s not forget Tupac was on stage humpty humping…” Let us also remember, Tupac didn’t rap on that song, and that was a different era. Some of the most respected acts of that time (see: Big Daddy Kane) danced in their videos. To see how unsuccessful the career of emcees who currently rap about dances can be, one needs look no further than Soulja Boy, the New Boyz, or Young B of “Chicken Noodle Soup” fame. That being said, with Come As You Are, Audio Push has the change to end the trend. While not flawless, the project is solid and shows that Oktane and Pricetag aren’t to be written off as mere dance track rappers.

The title track, “Come As You Are,” addresses critics judging the Inland Empire, California duo off their hit single, “Teach Me How To Jerk,” and establishes exactly who Audio Push is and what they stand for. Over a sample of Pharcyde’s “Passin’ Me By,” Oktane spits early in the song, “If this is the first thing you’re hearing / Damn it you’re already late / This is perfect, I’ll start with all things I hate / Like this, I hate people that follow trends, and wear the same fashion / I don’t like people that hear wack music, and say it’s classic / I hate when people bring up Teach Me How To Jerk / ‘Cause now my lyrics merk / And the just salty I’m amazing at it…” The title track serves as a bridge from what Audio Push may have been known as, to how they want to be viewed, and what they will be going forward. Hit-Boy helps out on the production along with the likes of Key Wane and Mars of 1500 or Nothin’.

While the presence of Hit-Boy production is a draw to any project—let alone a project of artists trying to re-establish themselves—the other producers on the project don’t come up short. Hazebanga and Eric Choice flip a sample of Janet Jackson’s “I Get Lonely” on “Shine,” which provides a great backdrop for Price and Oktane to showcase braggadocio rhymes. Price raps, “Walk around 10 bands in my cargo / You niggas still stressed about your car note / I’ma fuck around and buy Wells Fargo…” When Hit-Boy is present, he brings what is expected. The hard hitting bass, combined with what sounds like a sample of piano keys playing on “Theme Song” create a high energy sound. Oktane and Pricetag trade off flows back and forth, riding the beat just as well as T.I., who is featured on the track.

Come As You Are isn’t all braggadocio rhymes, hard hitting beats, and club anthems. “Turn Down” finds the duo suggesting that those who live the constant party life take time off from the constant “turn up.” As often as Audio Push rap about partying, they sound just as at home, if not more, which helps to bring balance to the project overall. On “Told You So,” Ok and Push find themselves rapping about the slim possibilities of true love. Oktane Raps with a flow reminiscent of Andre 3000 spitting the following:

“Old couples make you realize someone can love you forever / Young ones make it look impossible to stay together / Too many niggas treat these hoes like ladies, ladies like hoes / And I treated you like gold / Until you got tired and concert tickets got sold / And now we keep this love at the distances while I’m on the road / And I see these hoes out here, and I don’t want none of them / Too many mediocre things in life, love can’t be one of them…”

Come As You Are is a solid project overall. At times, the duo of Pricetag and Oktane show their age with lines like, “We giving meat to these bitches claiming they vegan.” However, tracks like “Turn Down” and “Told You So” prove that the group can cover mature subject matter. The abundance of club songs may not appeal to all, but Come As You Are is a decent showing of what Audio Push is capable of providing across the board.