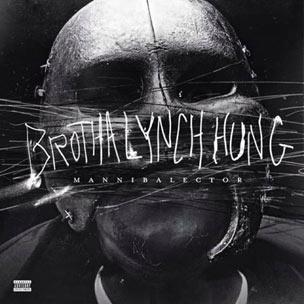 Horrorcore has only glanced the mainstream, with artists like Eminem, DMX, and even the Notorious B.I.G. exploring the genre on occasion. Brotha Lynch Hung, impressively, has managed to make a career of it, despite the genre’s inherent inaccessibility. On his third entry in his Strange Music trilogy, Brotha Lynch Hung illustrates why he’s managed to do just that.

Make no mistake, BLH’s emceeing arsenal is still quite impressive. Whether it’s the rapid-fire flows over the frenetic and disturbing strings of “Krocadil” or steady delivery over extremely minimalist production on “MDK,” Lynch is unquestionably adept at his craft. Guests are carefully chosen, ranging from Yelawolf’s oustanding performance on “Tha Package” and well-placed assists from Hopsin and Tech N9ne on “Stabbed.” One of the most brilliant cuts on the record is “Something About Susan.” Between the slinky keys and R&B stylings, it masquerades as a something far less sinister than what it actually is. It’s aided by a chorus that is infinitely more disturbing given the context of the song’s subject matter: “I swear I love her I never let her out of my sight / There’s no more livin’ if I ever let her out of my life / ‘Cause when she’s not around it’s just not right / You were my heart, I gave you my all…the one that I love.” Conversely, Lynch is at his least compelling when he takes a moment to break character, which occurs on “I Give Up.” The track isn’t a bad one, per se; but in the context of the album, it’s glaringly out of place. An argument could be made that it fits into larger themes contained within the project, but it’s too misplaced.

The production on Mannibalector never fails to surprise. Whether it’s deliciously ominous touches like sampled screams in the background of “Disappeared,” or the minimalistic keys and strings on “Eating You” that explode into Heavy Metal, there’s plenty for the listener’s ears to feast upon. This is true throughout, as it’s not until the very end that the album decides to unleash its heaviest production, courtesy of “Sweeny Todd.” The attention to detail is present in other aspects of the album, particularly in the skits, which are well-acted and have fantastic sound effects.

Ultimately, Horrorcore is a polarizing genre. Listeners have to decide for themselves whether it’s for them or not. Regardless, Brotha Lynch Hung’s talents transcend the genre. He’s an outstanding lyricist and technician, and effortlessly weaves in and out of various narratives and themes. What really separates him from other Horrocore artists, however, is the character he’s created. If BLH is The Silence of the Lambs’ Hannibal Lector, after whom the album is obviously named, then many other Horrorcore artists are villains from more crude and pointless horror flicks like The Human Centipede. While other villains merely hack and slash, making for violence that’s rarely more than mean, Brotha Lynch Hung has crafted a character who’s not only horrifying and charming, but horrifying because he’s charming. Sinister wit and clever lines make Mannibalector far more accessible than one might have thought possible for a Horrorcore album. And while accessibility isn’t what Brotha Lynch Hung is going for, it does make a statement about the breadth of his talent.