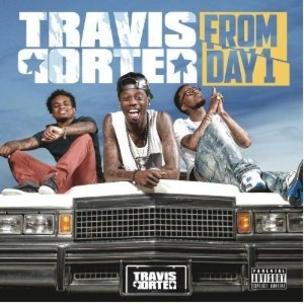 In today’s scene there is ample space for party Rap music to thrive, an awareness Travis Porter has capitalized on over the last few years within the Southern circuit. In the process, the Decatur, Georgia trio (Ali, Quez and Strap) have built up a substantial fan base with their countless mixtapes that would fit into any dance club scenario, whatever one that comes to mind. From Day 1 continues this stylistic, albeit limited progression, for a debut album that seeks out the indulgent being in all of us.

Their formula, spearheaded by salacious dance cuts “Make It Rain” and “Ayy Ladies,” has enough bravado to make it possible for someone in the mood to gravitate toward them. “Ballin” carries similar sentiment. Over rolling layers of computerized-synth, Travis Porter freely rap about the perks that come with being successful at a young age (“I’m throwing hella ones like I’m shooting free throws”). In that regard, following up these aforementioned tracks with the swagged-out bounce of “Pop A Rubberband” or the stuntin’ heard on “Flood That Shit” seems like a straightforward decision on their end. Give the listener uncanny energy, easily-digestible hooks and a dollop of perverted charisma, and they’ll more than likely stick around for the after party.

While they are most certainly slick enough to create a project that has legs under it from a commercial standpoint, it’s clear that Travis Porter unfortunately have no intentions to channel their songwriting abilities toward a worthwhile objective that goes beyond late-night theatrics with unnamed women. This one-dimensional approach makes for some suspect results. Take for instance “Ride Like That,” a track drowned in Auto-Tune and dull metaphors that tell the story of their latest bedroom encounters. “Party Time” doesn’t fare any better with its weak attempt at sounding like a Black Eyed Peas record falling on deaf ears. Lyrically, no one in Travis Porter outshines the other, and they settle somewhere between the adolescent negligence of Soulja Boy and a superior Future. And yes, to no one’s surprise, “Pussy Real Good” won’t be getting a Grammy nod anytime soon.

Though it may sound absurd, whatever disdain they acquire for their artistic choices should likewise be balanced out with an appreciation that they didn’t switch their style up for popularity concerns. From Day 1 shows that Travis Porter are not a passing fad, but a group that knows how to maneuver within the industry…even if the music lacks a fruitful purpose. 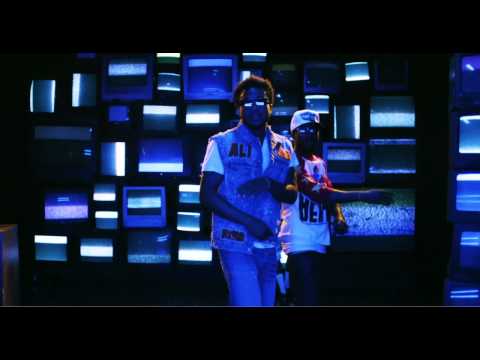