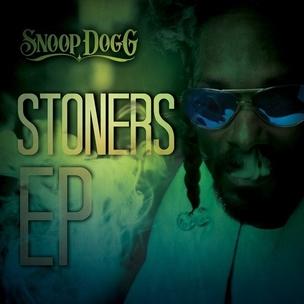 “Put your drink down, grab your coats and roll with me/ We going to the palace where I lay my head/ 17 room house with the mink bed/ You really rolling with a player who files his nails and takes care of his hair.” That’s Snoop Dogg spitting on the first song to his ten track 420 EP ode, “1st We Blaze It Up.” He delivers his words of upwards mobility and personal pimp hygiene with a smidgen of conviction, but they are the same sort of cliched boasts we’ve heard Snoop regurgitate since coming on the scene in the early-’90s. The rest of Stoners EP does little other than suggest that Snoop isn’t so much in the middle of a Hip Hop mid-life crisis as enjoying the leisure parts of his rap riches while demonstrating an utterly half-assed approach to the artistry side of his talent.

As Stoner’s EP – ahem – unrolls, it becomes apparent that part of the problem with much of the post-Dr. Dre Snoop is that he’s too comfortable playing up to his friendly weed ambassador image. This is a man whose endorsements include a line of hot-dogs (reputedly a foot-long, no less!); his image is not remotely threatening to the mainstream. But, for those who care more about the music Snoop makes than his Pop culture sideshow, part of his early appeal was the menace in his voice and lyrics – this was a man who was facing a murder trial during the release of his debut album and who announced himself talking about taking out undercover cops.

Since then though, Snoop has willingly repositioned himself as a limp Cheech and Chong caricature. Which is a shame, as his intermittent club bangers show that he’s still one of the most charismatic rappers out there. So by as early as the fourth track of Stoners EP, he’s already been relegated in the credits to a bit-part player (“Make It Hot” by Tha Dogg Pound merely “features” Snoop), while three of the last four songs are credited to his new cohorts The Hustle Boyz, Ndastree, and Chris Starr – and we’re not talking first wave Death Row calibre of cronies here. (Although there’s a strong chance you won’t even make it that far, giving up as you suffer through the earlier “It’s Gettin’ Harder (Interlude)” which features Snoop repeating “It’s gettin’ harder to fuck your friends” over a beat that sounds like someone was paid to produce a Best Buy ad.)

Weed-based rap music doesn’t always have to be languid and laid back, like much of the production on Stoners EP. After all, rappers like Curren$y and Action Bronson are creating some of the hypest rap music out there while parading around with a joint permanently dangling from his lips. But with this curious EP release, Snoop has committed the more heinous sin of confusing being relaxed with turning lazy. Someone wake him up for next time. 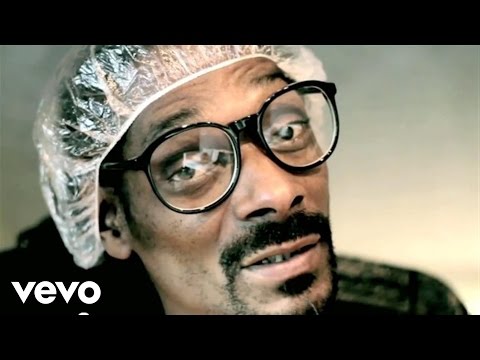