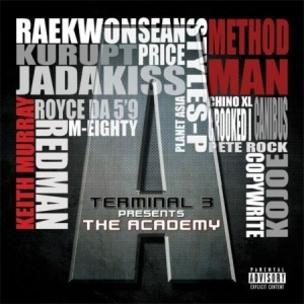 Perhaps the most unifying force in Rap is the posse cut. The joining of lyrical forces over a well-produced instrumental has been satisfying Rap fans for decades. Exercising his executive producer arm, Kurupt decided to bring together dozens of emcees for an album which essentially consists of posse cuts from start to finish. Bringing together well-established Hip Hop legends with fresh faces in the scene from coast to coast, The Academy creates some unexpected combinations.

The only source of predictable consistency comes from the production on the LP, which is handled by Marlon Price and JP Beats of Terminal 3 Productions. The lyrical lineup is where the variation occurs. East meets West on cuts like “Samaryda”

featuring Royce da 5’9, Bronze Nazareth, Sean Price, and K-Solo. The latter track stands as one of the album’s stronger offerings, with Royce dropping quasi-comedic metaphors such as, “I’m about to blow like the nose of a deviated septum, leave that ass passed out that means she’ll have an inebriated rectum, and that’s the easy way to check her, and you ain’t gotta like me, just play the record.” Sean Price also assures his audience that “Kid Cudi fans get smacked around still,” accentuating the hardbody remark with his trademark “P!”

Though handled by the same people throughout, the instrumental aspect of the album also shows subtle variations from track to track. While one minute a track sounds like the quintessential underground East Coast neck-breaker of a song, the two beat makers find a way to also suit the needs of the emcees that appear on the album by switching up their sound to a markedly West Coast style on the next. Though the production isn’t the best in the world, it serves its purpose of suiting a wide range of lyrical styles, which surely is no simple task to face. At times, not-so-seamless transitions between verses make it seem a little too obvious that it’s unlikely all of the emcees came together in one studio to create this compilation of songs, but the lyrical value of majority of the verses will trump that minor setback.

The features alone will make The Academy worth a listen, with names such as Jadakiss, Crooked I, Styles P, Pete Rock, Keith Murray, Canibus, Chino XL, and more serving as reliable indicators of the quality of the album’s bars. The prospect of discovering lesser-known emcees who can match up to the aforementioned names on a track should also lure in true fans of lyricism. And of course, for fans of the ever-classic Rap posse cut, The Academy has enough of those to go around. 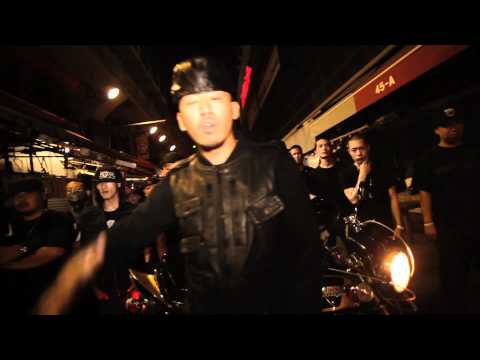