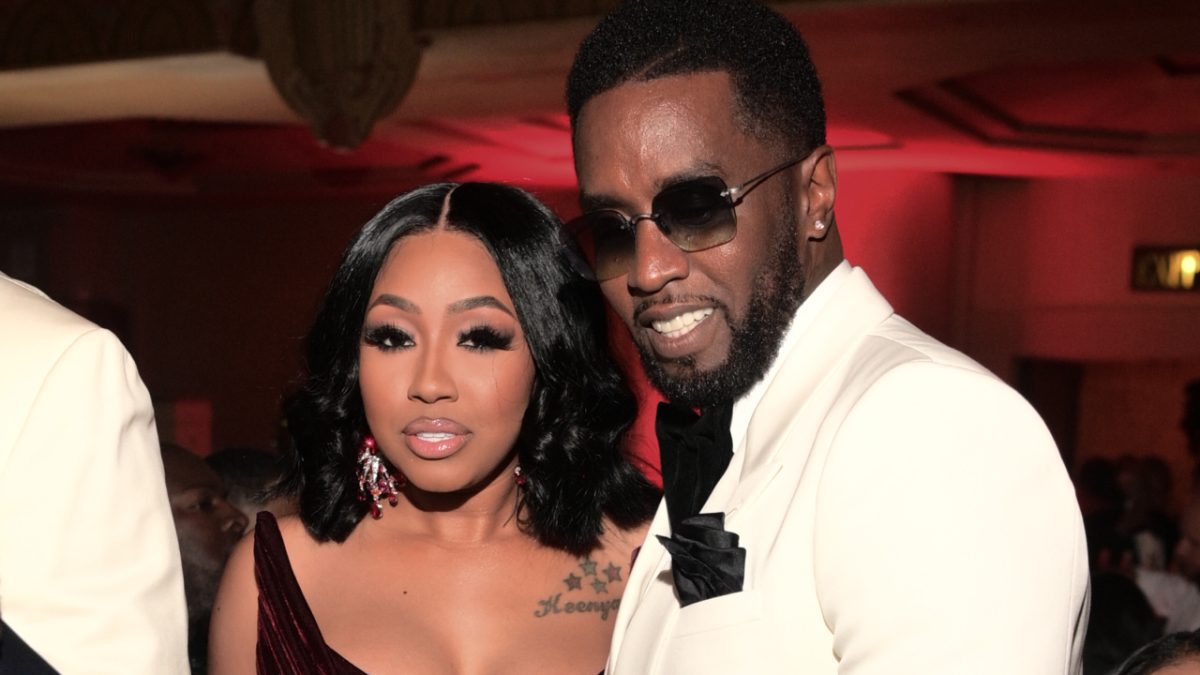 Yung Miami has revealed that she felt instantly at ease the first time she met Diddy‘s family, noting a special bond with his mother and twin daughters.

During a red carpet interview with The Shade Room, the Caresha Please host said that she didn’t feel any apprehension or hesitation from Diddy’s children during their initial interaction. Instead, she said she felt an immediate since of familiarity.

“It just felt like family,” Yung Miami recalled. “Mama Combs, I love her, she treat me like I’m her own. The twins, I love the twins, they City Girls, they so cool. I love the Combs family.”

Her very public and very casual relationship with the Bad Boy mogul might not have suffered if the interaction wasn’t that comfortable though. Earlier in the interview, the “Act Up” rapper said that she doesn’t necessarily feel like not getting along with your partner’s family is a deal breaker.

“I’ve been in a situation like that. It can’t be a deal breaker, but I feel like if the person is a family person, that’ll be hard,” Yung Miami said. “That’s they family, you can’t be beefin’ with somebody and they family and they love them. Yeah, it shouldn’t be a deal breaker, I ain’t got time to be beefin’ with yo mama. I don’t go with yo mama, I go with you. I would love to just be grown and have a conversation. But at the end of the day, no. It’s either me or your mama, get to choosin’!”

While she didn’t offer any details as to how long ago she met the older Combs children — Justin, Christian, Jesse, D’Lila and Chance and stepson Quincy — Miami has spent time with Diddy’s kids in recent months.

She appeared alongside the Combs boys in the “Diddy Freestyle” video released in October 2022, which saw the couple riding through Miami as Diddy delivered his verse from “Watcha Gon’ Do? Dre Day,” his collaboration with Rick Ross and the late Notorious B.I.G.

The duo spent their Thanksgiving serving 3,000 of meals to people in need alongside Diddy’s daughters and Miami’s son Jai Malik Wiggins Jr. in South Florida. The family also passed out hygiene products, medical care and clothes, while even providing local residents with free haircuts.

Diddy’s announcement that he had welcomed a sixth child earlier in December led many to speculate about the status of his relationship with Yung Miami, but on her REVOLT talk show Caresha Please, Miami said she knew about the baby before she was born.

The City Girls rapper had previously sat down for an interview with Hip-Hop Enterprise on December 15, and spoke about the biggest misconception when it comes to what her and Diddy have going on.

“People think that I’m like a side chick and he just do whatever he want and I’m just head over heels. No it go both ways,” Yung Miami said. “Ain’t nothing one sided over here.”