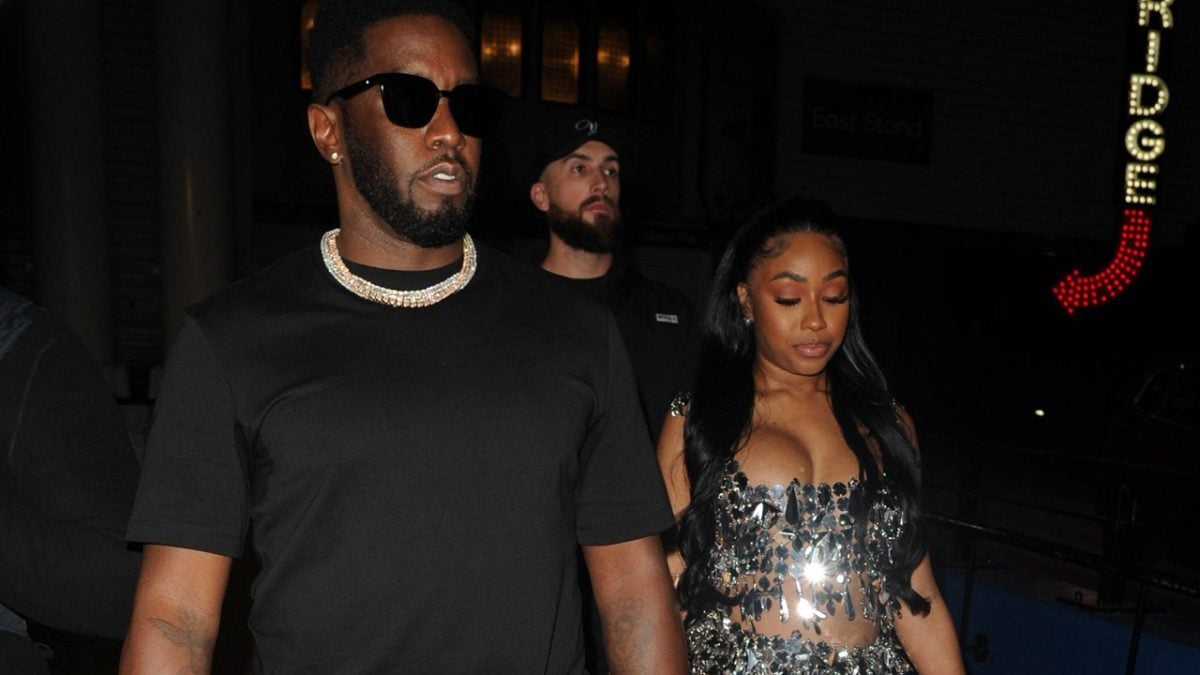 Yung Miami has given fans another look into her relationship with Diddy, including a clip of the moment he opened her lavish birthday gift.

After having dedicated a previous post to her boo, on Thursday (November 4), which was his actual birthday, Yung Miami returned to Instagram on Saturday night to share snapshots from his birthday party in Los Angeles.

The first photoset included multiple shots of the City Girls rapper showing off her outfit for the evening and walking into a venue while holding hands with Diddy. Buried among those photos was a video of the moment the Bad Boy mogul opens Caresha’s present: a diamond encrusted medallion and a matching chain.

She paired the montage of their evening with a clip of her appearance on the remix of Diddy’s new single “Gotta Move On.”

In another clip shared in a later IG post, Yung Miami can be seen placing the gift around Diddy’s neck, as Mary J. Blige cheers on from the seat next to him.

While she didn’t caption the first group of images, Yung Miami included the message, “I love the way you make ME feel,” with the second set.

Yung Miami’s gift comes weeks after she was on the receiving end of a similar gesture from Diddy in September, when he professed his admiration by gifting her an icy chain with a pendant that spells out “Love,” a nod to his R&B-leaning alias.

The diamond-encrusted neck piece was posted online by celebrity jeweler, Beny “Benny Da Jeweler” Nisanov, who gave his Instagram followers a close-up of the glistening gift.

“Love pendant with a big baguette chain !!! @YungMiami305 gift from @Diddy,” he captioned a video on his Instagram Stories.

Diddy and Yung Miami sparked rumors of a May-December romance in the summer of 2021, when they were spotted hand-in-hand while attending a birthday celebration for Quality Control Music’s CEO Pierre “P” Thomas. But the two have maintained that they are not in a relationship.

They did, however, confirm that they are dating during the premiere episode of Yung Miami’s REVOLT interview series, Caresha Please. Following the viral interview, she went on to further clarify their relationship.

She added: “He see other people outside of me and I see people outside of him. I’m young. I’m dating. I’m, you know, having fun. I’m doing me. He’s doing the same thing. I can’t speak for exactly what he doing or who he seeing, but we single and we dating.”