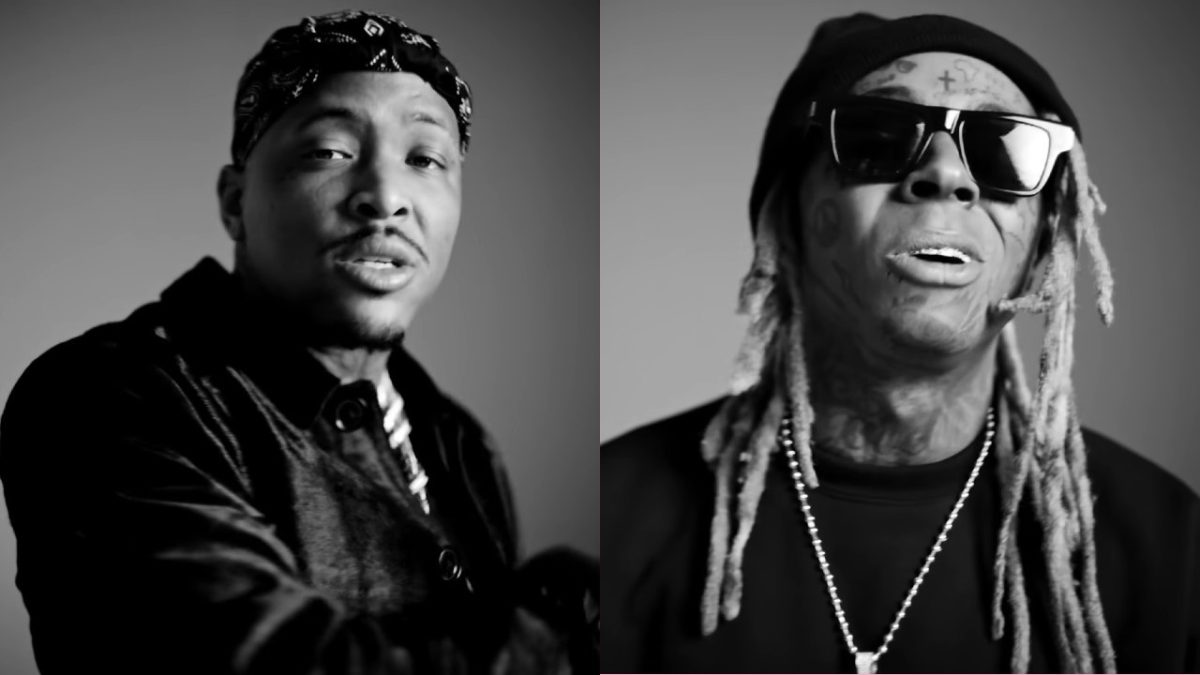 YG has delivered a new single which sees him once again link up with Lil Wayne, as he pays tribute to his fallen friend Slim 400.

The previously unreleased track, “Miss My Dawgs,” hit streaming platforms on Friday (December 9), with an accompanying video arriving on YouTube the same day. The clip opens with a scene featuring four men standing outside of a corner store before flashing to a mural of Nipsey Hussle.

Throughout the video, the corner store scene escalates into a confrontation with the police, while being periodically replaced with throwback footage of YG and his friends including Slim 400. YG and Lil Wayne take turns rapping in a white-walled studio, at times standing next to a black hearse.

While YG speaks on his relationship and memories with the lost friends to whom the song is dedicated, Wayne chooses a more irreverent path, using a variety of dog-related metaphors to talk about his competition in music and his conquests in bed.

This isn’t unfamiliar territory for Weezy though, as his 2004 album Tha Carter featured a song called “I Miss My Dawgs.” Unlike YG, however, Lil Wayne’s song was about the demise of his relationship with fellow Hot Boys Juvenile, B.G. and Turk, rather than a dedication to a slain friend.

YG has made no secret of his admiration for Lil Wayne, with whom he’s appeared on past songs such as “Trill,” “Go Girl,” “I Got a Question,” “Buzzin’” and Mustard’s “Face Down” alongside Boosie Badazz and Big Sean.

Their most popular collaboration, though, is the remix to YG’s 2014 hit “My N-gga,” which also featured Nicki Minaj, Meek Mill and Rich Homie Quan.

While filming the video for this latest collaboration, YG showed his appreciation to Wayne by presenting him with gold and red 4Hunnid chain. He shared the moment via Instagram on Wednesday (December 7), with the simple caption: “Appreciate you gang @liltunechi.”

Hours before the release of “Miss My Dawgs,” YG also gave fans some insight into the personal loss that inspired the song, in a post featuring the single’s cover, behind the scene shots from the video, and an old photo with both Lil Wayne and Slim 400.

“A year ago today around 9pm tonight I got a scandalous ass kall saying the homie was TT.I.P,” he wrote. “I ain’t wanna believe dat but that scandalous Ass shitt end up being true [crying emoji]. 9pm tonight MISS MY DAWGS w @liltunechi.