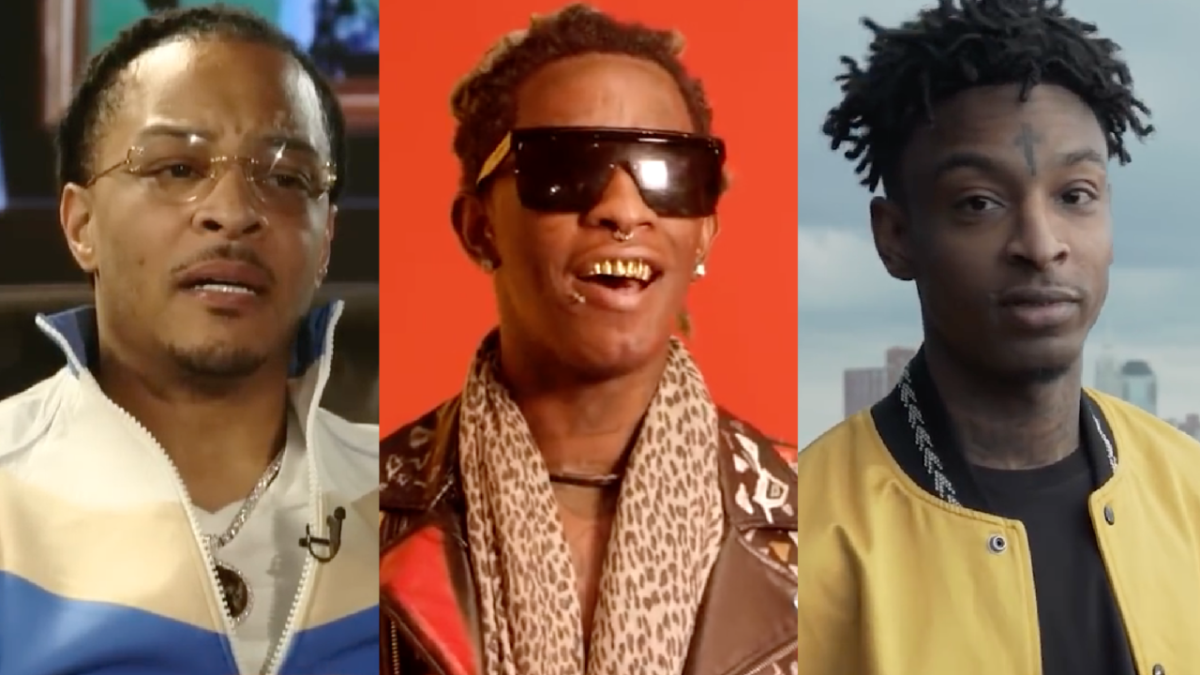 T.I. has explained why he turned down the opportunity to sign Young Thug and 21 Savage for $1 million.

Sitting down with Shannon Sharpe on his Club Shay Shay podcast, Tip opened up about the two Atlanta rappers both wanting to sign a seven-figure deal with his Grand Hustle label, but he chose not to due to the amount he’d have to take from them in return.

“Like nah, I ain’t gonna do that, because if I give you a million, I gotta take back something that’s gonna be worth way more, and we ain’t gon’ be able to be friends from there. I always tell ’em, man, ‘Don’t worry about the money up front ’cause it’s gon’ come.'”

While T.I. didn’t sign Young Thug, the YSL rapper was affiliated with Hustle Gang early in his career thanks to their “About the Money” collaboration and his appearances on the label’s G.D.O.D. II compilation in 2014.

Thug was also courted by Birdman‘s Cash Money and Future‘s Freebandz, but ended up signing with Gucci Mane‘s 1017 Brick Squad and later 300 Entertainment.

21 Savage, meanwhile, released his first few projects independently (including his breakout Savage Mode EP) before signing to Epic Records in 2017, a deal which gave him ownership of his masters.

Elsewhere in his Club Shay Shay interview, T.I. elaborated on the mindset of artists at the beginning of their careers and how he learned about the music business from a young age.

“Most times, most artists are only looking for what they’re getting right then,” he said. “Because what we always have is ideas and what the industry has is access, so we usually exchange our ideas for their access, and that’s usually how we get ourselves, until we have created the leverage for ourselves where we can kinda tip the scales in the other direction.

“I had already been researching and reading and kinda familiarizing myself with the business. I read books like Hit Man, all you need to know about the music business, you know, I just already read books to kinda teach me what a good deal was, what a bad deal was, what publishing was, what mechanical rights was. I’d already researched, this is when I was like 9, 10, 11 years old.”

He continued: “I was challenged by my uncle, he said, ‘If this is what you wanna do, you learn everything there is to know and I’ll make sure you have the money and the resources to get you where you wanna go.’ But by the time I read the books, he had done caught a 10-year sentence, so I had all this information and I ain’t had no bag.”