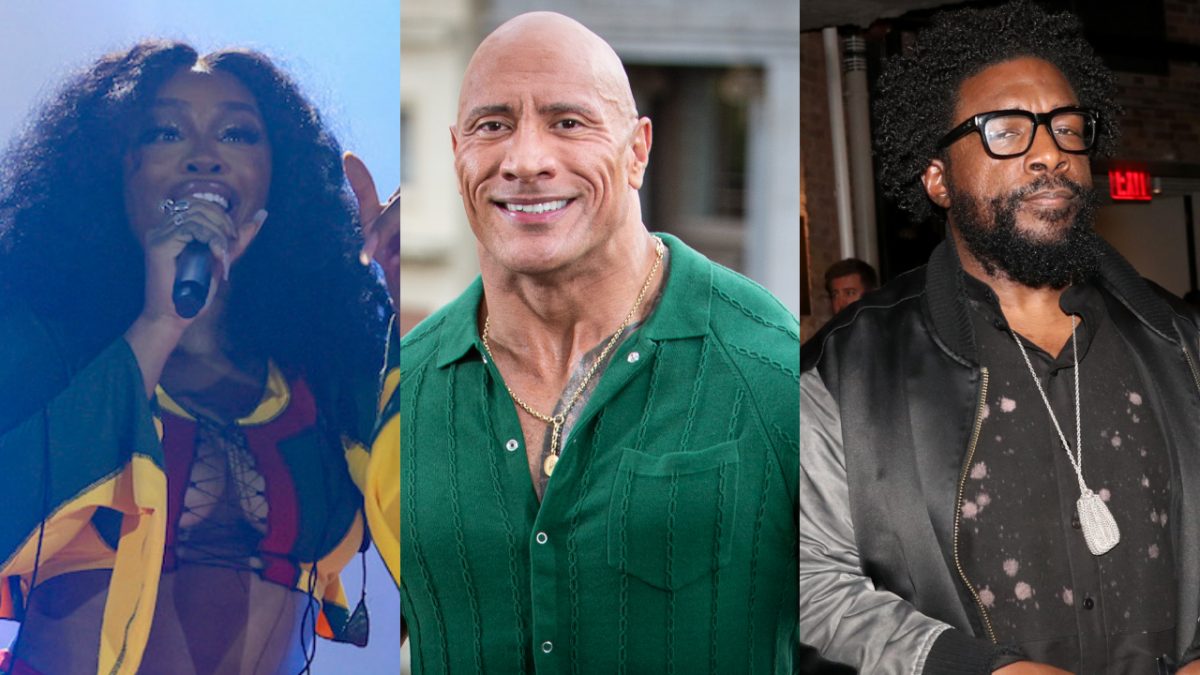 SZA’s SNL appearance was equally as memorable backstage because according to Questlove, the TDE singer engaged in a high-stakes arm wrestling match against Dwayne “The Rock” Johnson.

The Roots drummer recounted the “cool celebrity moment” on Instagram on Monday (December 5), revealing SZA was “dead serious” in her belief that she could take down The Rock and even made a bet with a New York Times reporter who also backstage.

“Sza was the musical guest and she bet Dwayne Johnson, who was hanging out backstage with a reporter from ny times, that she could beat him in an arm wrestling contest,” Quest wrote. “We were laughing cause we thought it was a joke, but she was dead serious.

“She said if she won the New York Times reporter had to stop doing their story about dwayne, and make it about her new album instead. And I kid you not, dwayne the rock johnson ACTUALLY accepted the challenge!!”

Despite her sky-high self-confidence, SZA unsurprisingly lost to the WWE legend. “Needless to say, rock beat sza,” Quest added, before joking: “And of course, the paper covered rock. True story.”

UPDATE (12/15): Questlove revealed on The Tonight Show Starring Jimmy Fallon on December 13 that SZA did not actually arm wrestle The Rock, and he was simply reposting a rock paper scissors joke by comedian Michael Che.

The funny moment only added to what was a very memorable SNL performance for SZA, who debuted a new song called “Blinding” off her forthcoming album S.O.S., which she announced after her performance drops on Friday (December 9).

The Ctrl singer revealed the release date as the caption to a second cryptic trailer for the project that she unveiled on Instagram on Saturday night (December 3).

SZA had previously disclosed the album title and December release time frame in a sprawling interview with Billboard last week, where she openly admitted to feeling nervous about the new LP.

The “Love Galore” singer added: “I only do what I want to do, and this makes me feel free and safe and unrestricted.”