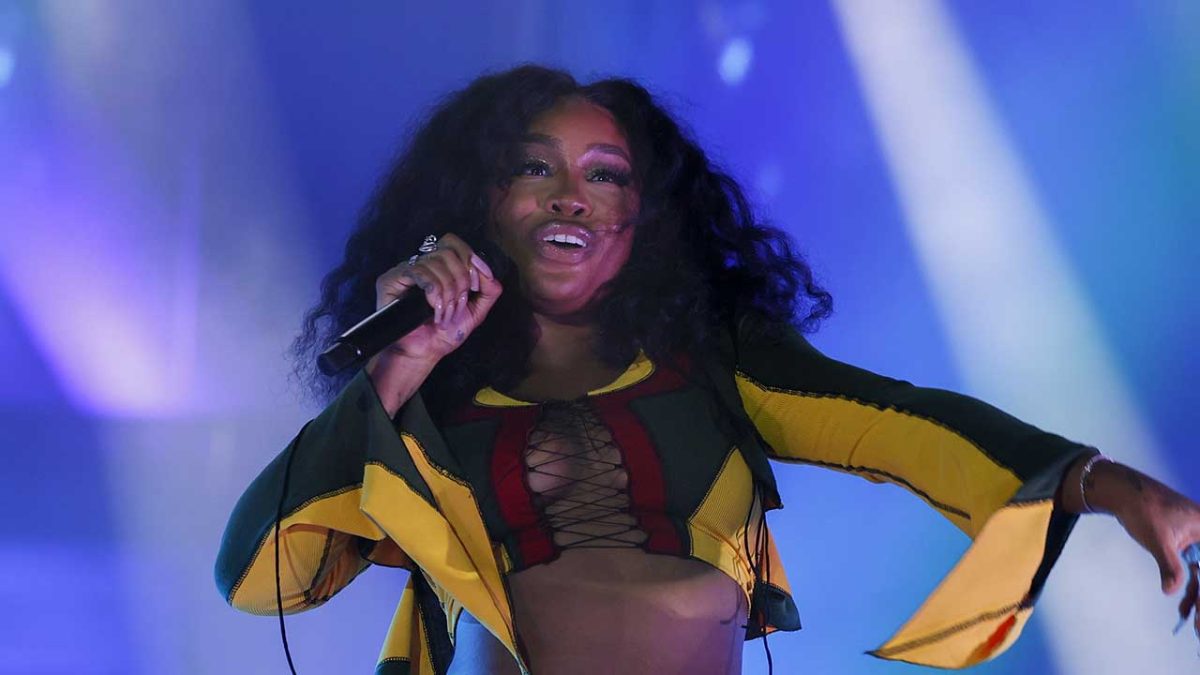 SZA has unveiled the cover art to her forthcoming anticipated album, S.O.S., which is set to arrive later this month.

The Grammy-winning singer shared the cover on Wednesday (November 30), which finds SZA sitting down peacefully at the end of an extended diving board with her legs dangling over a body of water which could be the ocean.

As far as her outfit goes, she doesn’t look ready to take a swim since she’s in a St. Louis Blues hockey jersey which is engraved with S.O.S. down the sleeve and her name on the back while also rocking a pair of boots.

Many connected SZA’s photo to a picture of the late Princess Diana sitting on the end of a yachty, which was taken about a week prior to her tragic August 1997 death.

SZA revealed the album title and release time frame of December in a candid interview with Billboard, where she openly admitted feeling nervous about putting the finishing touches on the long-awaited LP.

The “Love Galore” singer later added: “I only do what I want to do, and this makes me feel free and safe and unrestricted.”

In other SZA news, the singer is teaming up with Crocs for another collaboration. Look for the denim-printed footwear to arrive on December 6, which comes on the heels of her Saturday Night Live appearance slated for this weekend (December 3).