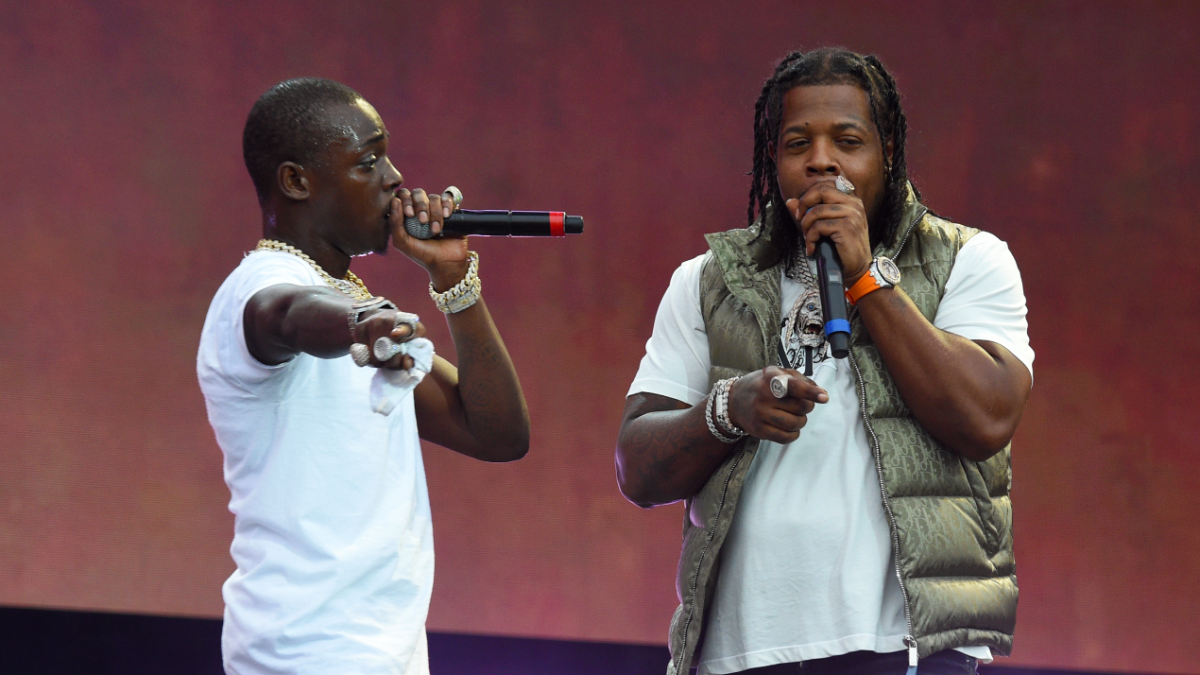 Rowdy Rebel is clearing the air for anyone that thinks he’s beefing with his rap brethren Bobby Shmurda following comments the latter made about him.

The Brooklyn rapper hopped on his Instagram Story on Monday (December 5) to deny rumors of bad blood between him and Bobby. The “Shmoney Dance” hitmaker appeared on Math Hoffa’s My Expert Opinion podcast and said Rowdy was “wrong” in his assessment of the situation between Quando Rondo and King Von.

Fans took that tidbit and assumed the two were at odds, but Rowdy explained that’s far from the truth while also doubling down on his original comments regarding King Von’s alleged killer Lul Tim.

“I said what I said,” Rowdy wrote in one IG Story before returning later and saying: “I cud never beef with my brother Bobby he free’d me from a whole bid but yu other n-ggas hurd what I said.”

The comments that caused all this commotion was Bobby Shmurda telling Math Hoffa and his team that Rowdy Rebel should’ve stayed out of a situation that didn’t concern him. According to Bobby, Rowdy meant well, but he needs to know which battles to pick.

“I felt like that shit came out wrong. He meant it in a good way, like he wished that none of that shit would’ve happened because he’s a fan of both,” Shmurda said. “But sometimes, you can’t talk on other people’s shit. Period.”

“He coming from a… older Black guy lookin’ at young Black guys and liking both of their music,” he continued. “It’s like sometimes these emotions are going to come out so when emotions is high, you don’t want to talk on situations. Sometimes you gotta say, ‘Man, I just wish the best for everybody,’ and that’s it. Keep it at that. Shut the fuck up and don’t say shit about the situation.”

Bobby made his comments after Rowdy questioned the actions of King Von’s alleged killer, Lul Tim — an affiliate of NBA YoungBoy and Quando Rondo — during his own visit to Math Hoffa’s show.

“Everybody that’s dying out there is because there’s no n-gga to be like, ‘Nah, my fault, I’m sorry,’” Rowdy said during the interview. “When King Von died, that Lul Tim n-gga, he didn’t have to get out of the car and start squeezing right away. You already got yours drawn.”

He added: “His mind off the rip went to kill. How you went to kill? How much hate you have already to kill this man? You feel what I’m saying? Was it the drugs? You had the upper hand but just could have seen it and said, ‘Yo chill.’ You had the upper hand and could have just been like, ‘Yo, back your n-ggas up and get your dawg outta here.’ But you already chose the murder route.”

The situation took a turn when NBA YoungBoy seemingly responded to Rowdy’s interview on his Instagram Stories, wroting: “I see why n-ggas irrelevant today[.] ‘Be trying to make all the sense thinking what they saying real but sounding stupid asf’ Just mind yo businesses[.] And stop the violence – Quando big brother.”

Bobby caught wind of YoungBoy’s response and seemingly dissed Quando Rondo on his IG Story. The floodgates were then opened for Bobby and YoungBoy to engage in a threatening social media back-and-forth that led to the Brooklyn rapper getting a call from his parole officer.

Despite the rumors of beef, Bobby Shmurda and Rowdy Rebel are still working as closely as ever. During an interview with Apple Music’s Ebro Darden in August, Bobby revealed he has a lot of collaborative music with Rowdy in the stash.

“We got a bunch of collabs that got to get cleared,” he said. “Hell yeah, tapes. We still make music to this day. Last time we made a song together, I think last month, like two, three weeks ago. We got like over eight, nine songs. We could get a mixtape out right now.”