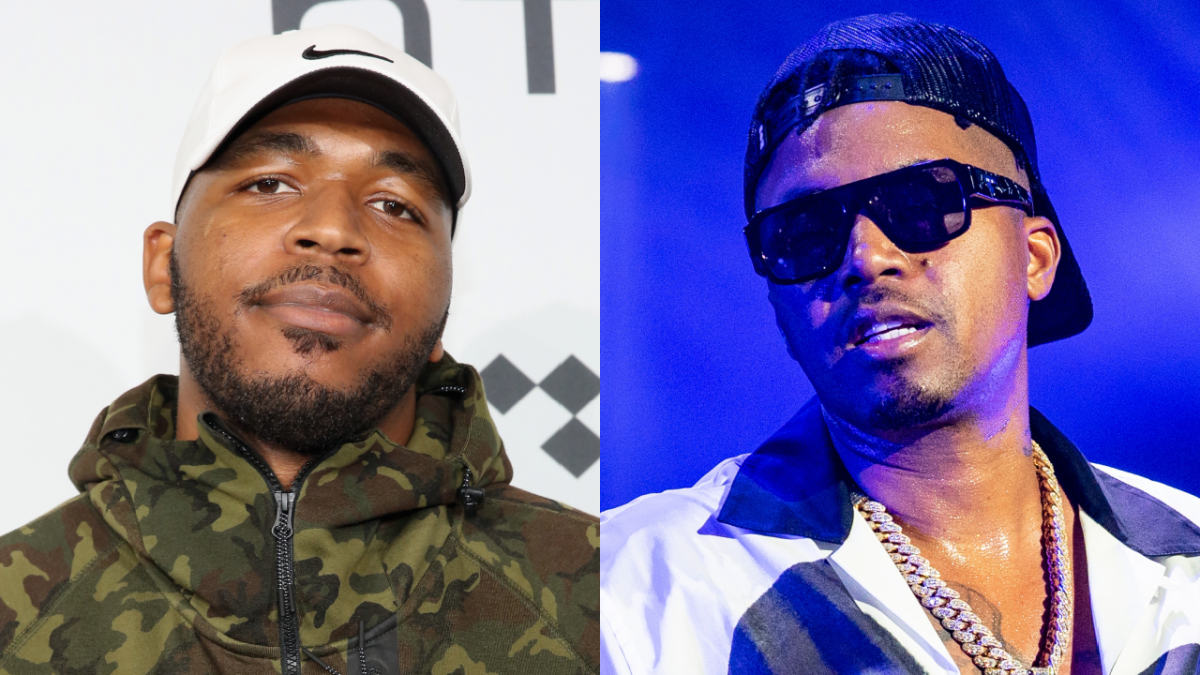 Quentin Miller has cleared the air after his comments about writing for Nas went viral for all the wrong reasons.

The rapper/songwriter appeared on the New Rory & MAL podcast in September, where he spoke about lending his pen to the legendary Queensbridge MC, among other prominent Hip Hop and R&B artists.

“I’ve been still writing for people ever since,” he said, referring to the allegations that surfaced in 2015 of him ghostwriting for Drake. “I’ve done worked with Nas, Big Sean, G-Eezy … Jeremih, Ty Dolla $ign, a bunch of other people.”

Miller’s comments flew under the radar until a clip of his interview circulated on Twitter this week, sparking plenty of discussion among rap heads about long-running rumors of Nas using ghostwriters.

After catching wind of the chatter, Quentin Miller — who is credited as a co-writer on Nas’ King’s Disease II track “The Pressure” — jumped on Instagram on Tuesday (November 29) to set the record straight.

In an impassioned video, the Atlanta native explained how Hit-Boy, with whom he’s worked closely for years, connected him with Nas and he simply threw out “some ideas” in the studio, and a few of them stuck.

“OK, so apparently this whole Quentin-worked-with-Nas conversation is going a little more viral than what I thought ’cause now people are reaching out to me and asking me to clear it up,” he said. “Off the strength, I want to shout out to Hit-Boy for the opportunity that he gave me when he invited me to the studio and allowed me to work with Nas!”

He added: “I pulled up on Hit-Boy, I’m in the room, I bounce some ideas out, there we go. Clear it up. I just bounced some ideas, a couple ideas win. That’s it, that’s all that happened with the Nas shit.”

Miller also defended his decision to speak publicly about the artists he’s worked with, pointing out that it’s common practice for songwriters.

“I also mentioned other artists that I worked with! From G-Eazy to Jeremih to Ty Dolla $ign — I mentioned other artists!” he said. “Writers post their work and talk about their work all the time. You know why? It helps with the business of writing. When people know that you were a part of certain things, it makes people more prone to work with you. It’s kind of part of the job.”

Miller then vented his frustration that the same rules don’t seem to apply to him thanks to the Drake ghostwriting allegations — which were at the center of Drizzy’s beef with Meek Mill and resulted in Miller catching a beatdown — that continue to loom large over his head.

“But it’s not that way with me, because I just so happened to have had a situation with the biggest artist in the world and it turned into a whole fucking ghostwriting scandal, and now I am the ghost!” he yelled. “Now anytime people work with me, it’s like I’m supposed to be a ghost. But I’m not a fucking ghost!

“You don’t make money being a ghost! They don’t pay you! Artists don’t give a fuck if you have money or not. They do not pay you. And you can’t even get the clout from being a part of the shit to get opportunities to get paid! Why would I want to be a fucking ghost?!”

Nas previously faced ghostwriting rumors in 2012 when it was alleged that his 2008 album Untitled was “largely written” by Jay Electronica and Stic.man of Dead Prez.

Jay, who produced the intro track “Queens Get the Money,” shut down the speculation by tweeting: “Nas is one of the Greatest Ever. never has and never will need a ghostwriter. that man’s pen and legacy is without question.”

Stic.man, who is also listed as a producer and songwriter on Untitled, said: “My contributions to his album was a collaboration and an honor and under his direction of what he wanted to convey and say. Haters cant discredit that man’s genius.”

Nas addressed the rumors himself during an interview with Power 106 that summer. “No,” he said bluntly. “You know who is my ghostwriter? My friends, people I meet on the street. People say something and I get something from that. Somebody will say something and that sparks something in me.”