A few weeks back, renowned journalist Dream Hampton made an allegation that Nas employed Jay Electronica and dead prez’s stic.man to ghostwrite songs on his 2008 album Untitled, sparking a debate about ghostwriting in Hip Hop. Immortal Technique weighed on the situation during an interview with Hard Knock TV after he joined the conversation on Twitter, stating that he knows many rappers use ghostwriters but feels the situation could have been more constructive.

“Listen, people always call me the KGB of Rap. I said that as a joke one time and people started saying it, because I know a lot about everybody else’s business,” he said. “Part of the way that I keep that relationship and keep knowing about other people’s business is because I don’t put other people’s business out there. I know that a lot of people use ghostwriters. The only time I ever had someone else write something for me was a hook, that they were doing on it as well. It’s something completely different. I asked public, how do you feel about ghostwriters? Ninety-five percent of the people who wrote me back were like, if that’s not really you, then what the fuck? I don’t know about that situation. I can’t call that, it’s not my place to speak on another man’s business. If I wasn’t in the studio and I didn’t see it, then it’s just conjecture. Then I’m just spreading rumors, you know what I mean?”

Tech said that the conversation about ghostwriting should have been more progressive than it ended up being. He said that Hampton’s comments weren’t intended to be blanket statements about Nas’ career, but that it gave the wrong message to those part of the dialogue.

“And I think what was so bad about that was that it was done in such a way where it was like someone was accusing Jay of something. And rather than addressing that, the person throw Nas under the bus. ‘Well Jay say what he feel, Nas don’t even say…’ It’s not her fault. I know she a good person. I’ve known her for years. But it was just the way it was said I think that set up this conversation to not be a constructive dialogue, but to be an accusatory, ‘You didn’t write anything.’ And that’s not what she said. She never said ‘You didn’t write Illmatic, you didn’t write I Am.’ They were talking about the last album, but like I said, because I’m not there, I can’t speak on that. Whereas anybody else, if they’re still willing to give you your opinion about it, you don’t know what the hell happened between them.” 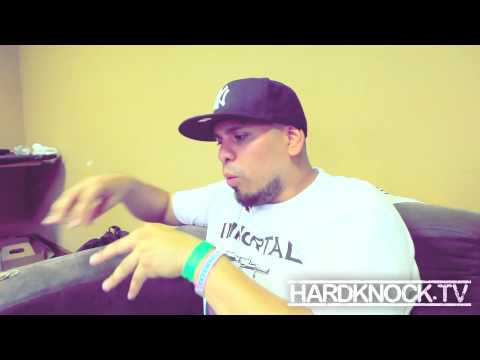