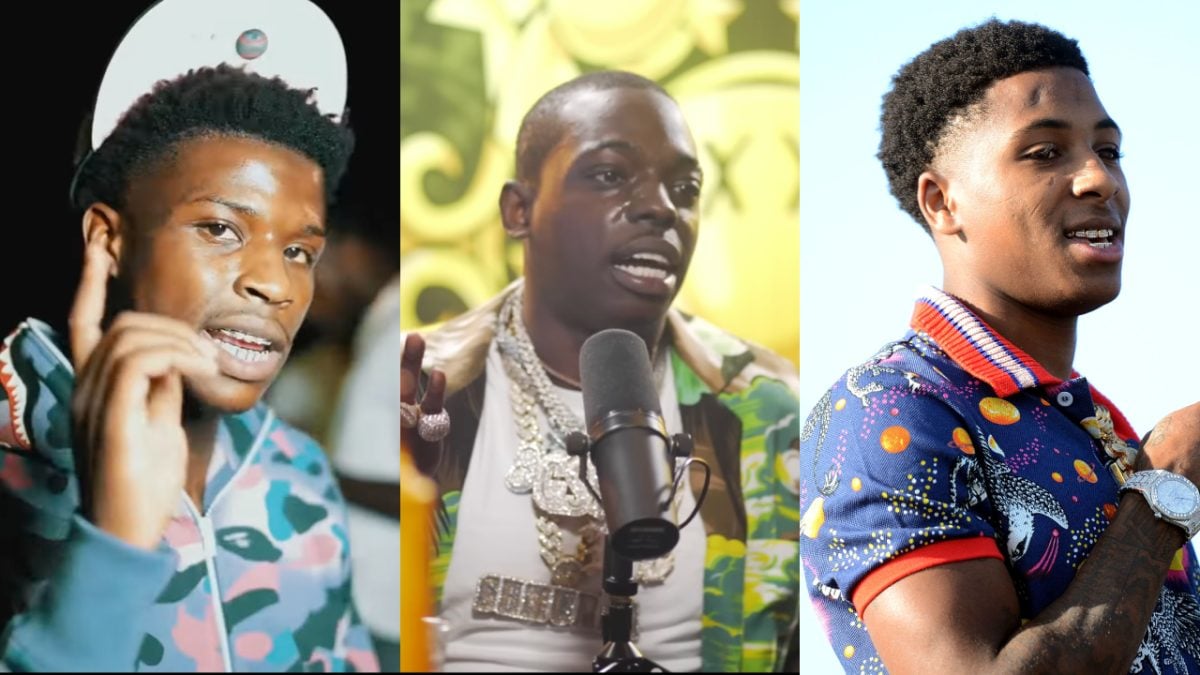 Quando Rondo has joined in on trolling Bobby Shmurda after the New York rapper engaged in a lengthy social media spat with NBA YoungBoy.

Rondo and YoungBoy have been close for a few years now, and most recently linked up for a new joint project called 3860. They’ve gone to bat for each other on numerous occasions, and this time was no different, as Rondo proceeded to troll Shmurda for disrespecting his friend and collaborator.

In a post to his Instagram Story, the Baton Rouge rapper shared a photo of a New York City Times Square billboard promoting 3860. Rather than picking a song from the project, though, Quando Rondo chose Bobby Shmurda’s breakout hit “Hot N-gga” to soundtrack his Story. 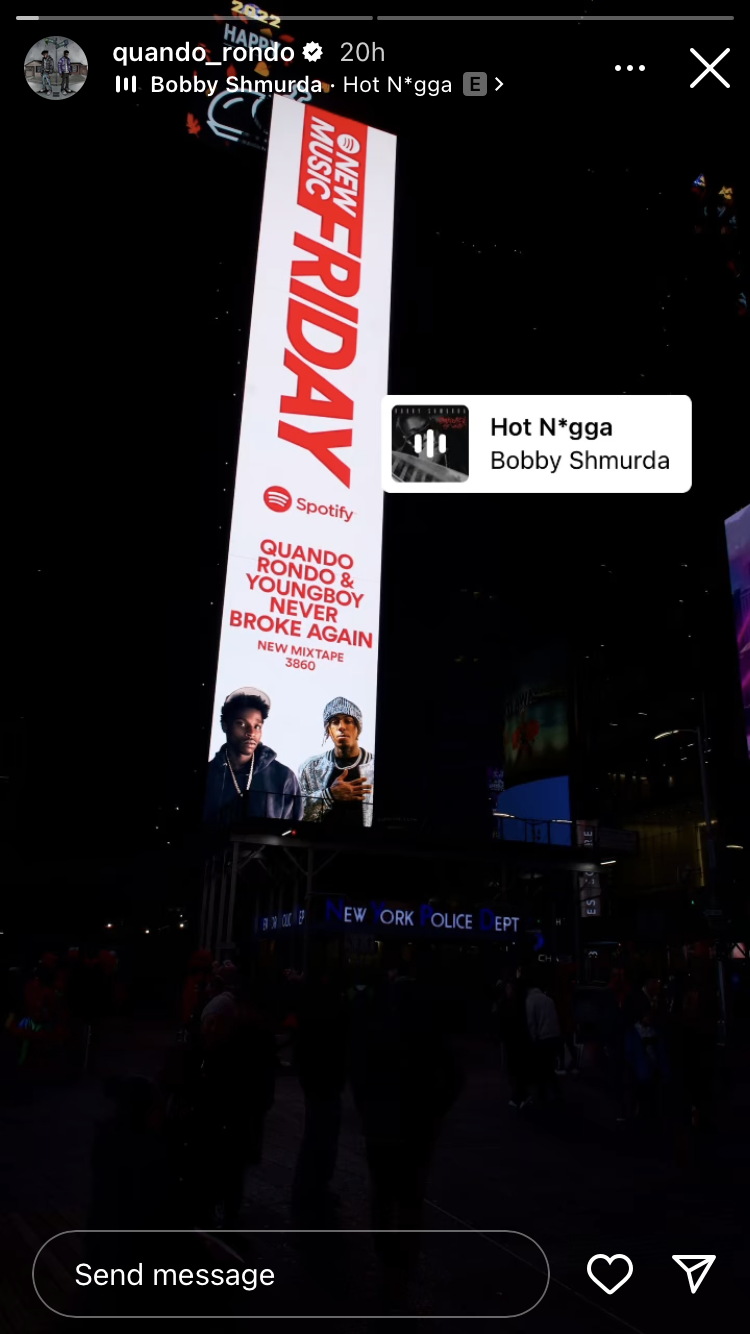 The issues between Shmurda and YoungBoy all started when they began sparring online over comments Rowdy Rebel had made about Quando Rondo affiliate Lul Tim, who allegedly killed King Von in November 2020.

“When King Von died, that Lul Tim n-gga, he didn’t have to get out of the car and start squeezing right away,” Rowdy said during a recent interview with Math Hoffa. “How much hate you have already to kill this man? You had the upper hand … but you already chose the murder route.”

While YoungBoy pushed back on Rebel’s claims and per usual supported Quando’s camp, Shmurda joined in the discussion and dissed both NBA YoungBoy and Quando Rondo on Instagram Live.

YoungBoy and Shmurda then began trading vicious jabs on social media. Tensions hit a boiling point when Shmurda claimed he was ready to “boom” the Top rapper, along with Wack 100 and Akademiks.

Quando Rondo’s trolling comes shortly after Wack 100 also clowned the “Hot N-gga” rapper by trying to set him up with a trans woman on Instagram.

“@itsbobbyshmurda We have somebody to your liking. @naughtynerdninja is a open Transgender woman. Very respectful. Come to the *100 emoji* show on @clubhouse and you can meet #Naughty,” Wack wrote. “Don’t say I didn’t look out for you !! WE KNOW WHAT U LIKE.”

While Bobby Shmurda threatened violence against Wack 100, he later took back his statements after his parole officer called him, claiming in a silly voice he was “just playing.”