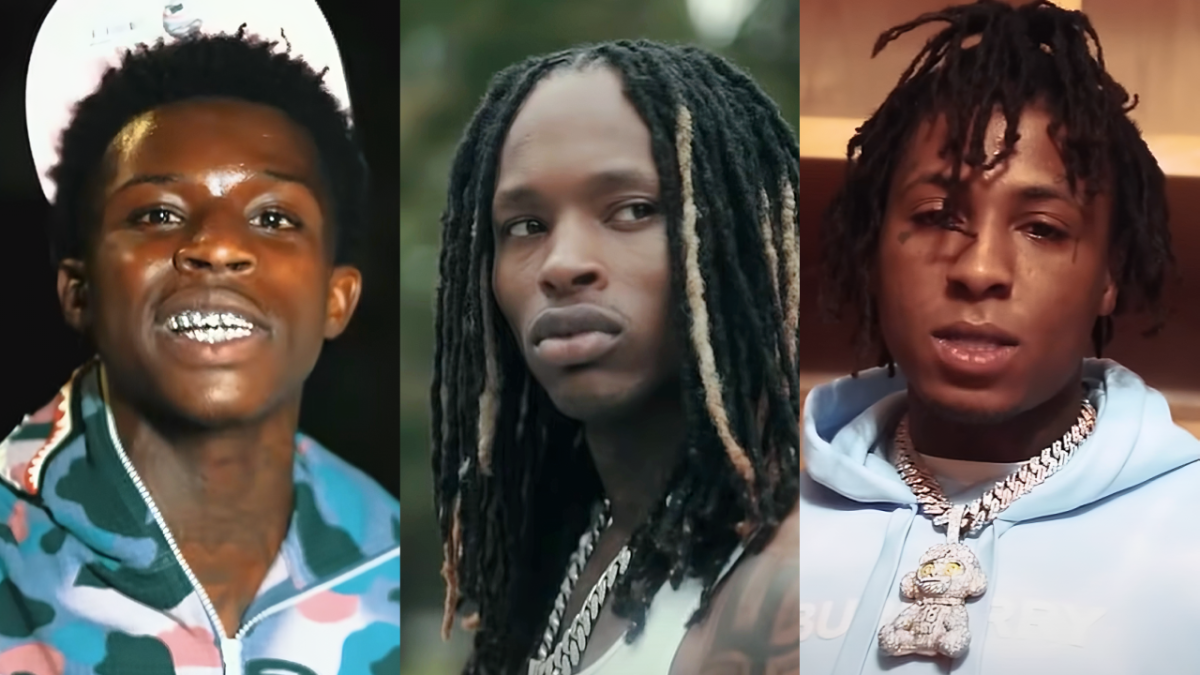 Quando Rondo has added more fuel to his rivalry with King Von, this time taunting the late rapper and his family on his latest project.

The Never Broke Again signee dropped a joint album with his label boss NBA YoungBoy called 3860 on Friday (November 25), and on the song “Want Me Dead,” he takes aim at Von and his sister Kayla B.

“My favorite opp dead, sister talk too much, no, I don’t like the bitch / Lul Timmy rolled her brother up, got stepped on in some Nike kicks,” Quando raps on the TJ Produced It and Yaktree-produced track.

Quando’s lyrics reference Lul Tim, the 24-year-old rapper who allegedly murdered King Von on November 6, 2020. Von was fatally shot outside of a hookah lounge in Atlanta after a fight broke out between his crew and Quando Rondo’s entourage.

Von, 26, was rushed to hospital but was pronounced dead later that day. A 34-year-old victim named Mark Blakely, who hailed from Chicago, was also killed during the scuffle.

Lul Tim (real name Timothy Leeks) was arrested and charged with felony murder over King Von’s death. He was later released on $100,000 bail, but has been unable to stay out of trouble having since been involved in a high-speed police chase and being hit with multiple drug charges.

In an interview with Angela Yee last year, Quando Rondo opened up about the deadly shooting and claimed he and his crew acted in self-defense after being attacked by King Von’s entourage.

Quando previously addressed King Von’s death on the song “End of Story,” which was released just weeks after their deadly altercation, before seemingly dissing the OTF rapper during a virtual concert in April 2021. “He got caught without that pole and now that bitch-ass n-gga gone … I’ll piss on his grave!” he said during the set.

Tension also existed between NBA YoungBoy and King Von. Months before his death, Von accused the Baton Rouge rapper of having “cap in [his] raps” while listening to his 2018 song “Play Wit Us” on Instagram Live. There were also rumors that Von had begun dating YoungBoy’s ex-girlfriend and baby mother, Jania Meshell.

That rivalry was alive and well earlier this year when NBA YoungBoy subliminally dissed King Von on his January mixtape Colors. “N-gga, this that ‘Squid Game,’ O Block pack get rolled up / Murder what they told us, Atlanta boy get rolled up,” he rapped on “Bring the Hook,” referencing Von’s Chicago neighborhood.

YB’s lyrics prompted a response from Von’s close friend and collaborator, Lil Durk, with whom he’s also been embroiled in a bitter feud.

In what could be interpreted as rubbing salt in the wound of King Von’s loved ones, Lul Tim actually appears on 3860‘s opening track “I Swear.” The project can be streamed in full below: