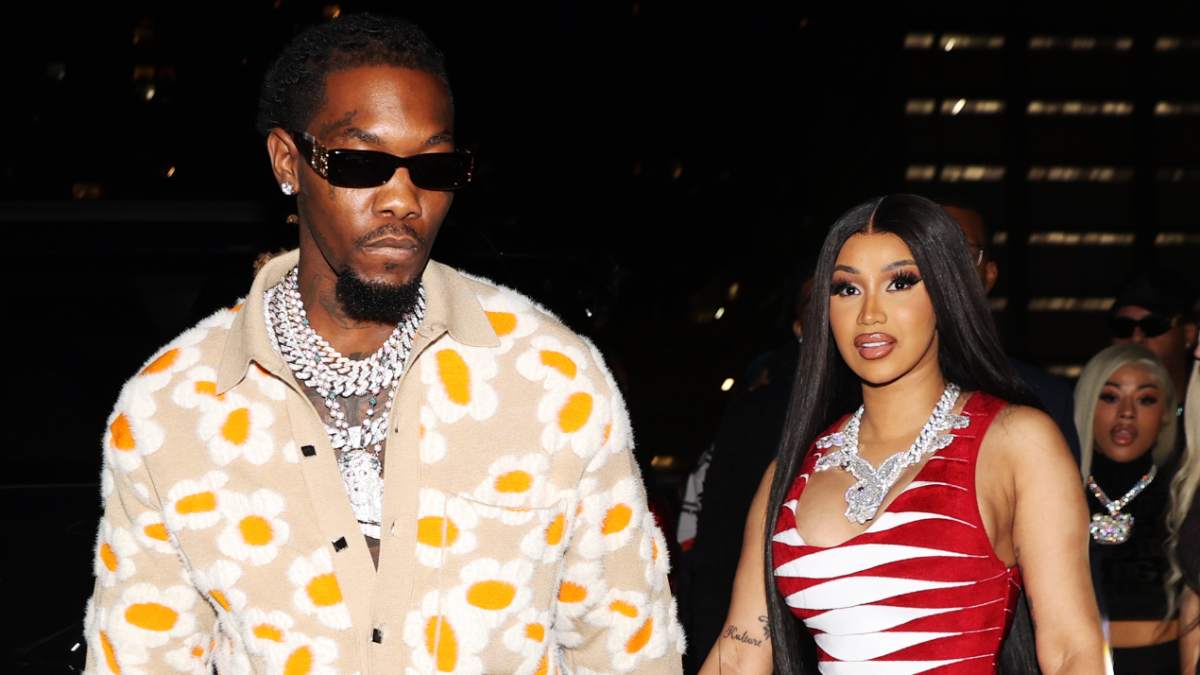 Offset has finally made his return to the stage with the assistance of his wife, Cardi B — and it’s the first time he’s performed since the death of TakeOff.

The married couple paid a visit to E11EVEN in Miami, Florida, where the former Migos rapper took the stage and set the tone for the night by telling the audience, “We’re doing this for my brother, for TakeOff … let’s do this shit!”

Offset was also seen throwing money into the crowd during his performances of “Bad and Boujee,” “Clout” and more. When he wasn’t performing, Offset was hanging out with Cardi, dancing and throwing back drinks throughout the night, as they were also joined by Chance The Rapper.

The performance at E11EVEN comes after Offset broke his silence on TakeOff’s death with an Instagram post memorializing his cousin. In his post, Set penned a heartfelt goodbye message.

“Dear Take, doesn’t feel real posting you like this….This still doesn’t feel like reality. I’ve been searching for the right words to say, but there aren’t any that will suffice. Until we meet again, Rest In Power. I love you,” he captioned the post.

He returned with another post on Thanksgiving Eve, this time speaking on everything he misses about his cousin such as his smile. Cardi B recently spoke on how difficult it is to work through her husband’s greiving process.

TakeOff was shot and killed in front of a bowling alley in Houston, Texas, on November 1. The rapper’s funeral service was held at the State Farm Arena in Atlanta, Georgia, on November 11 and although cell phones and video equipment were not permitted during the sold-out event, someone managed to grab a few clips, with one of those showing Offset sharing words about Take.