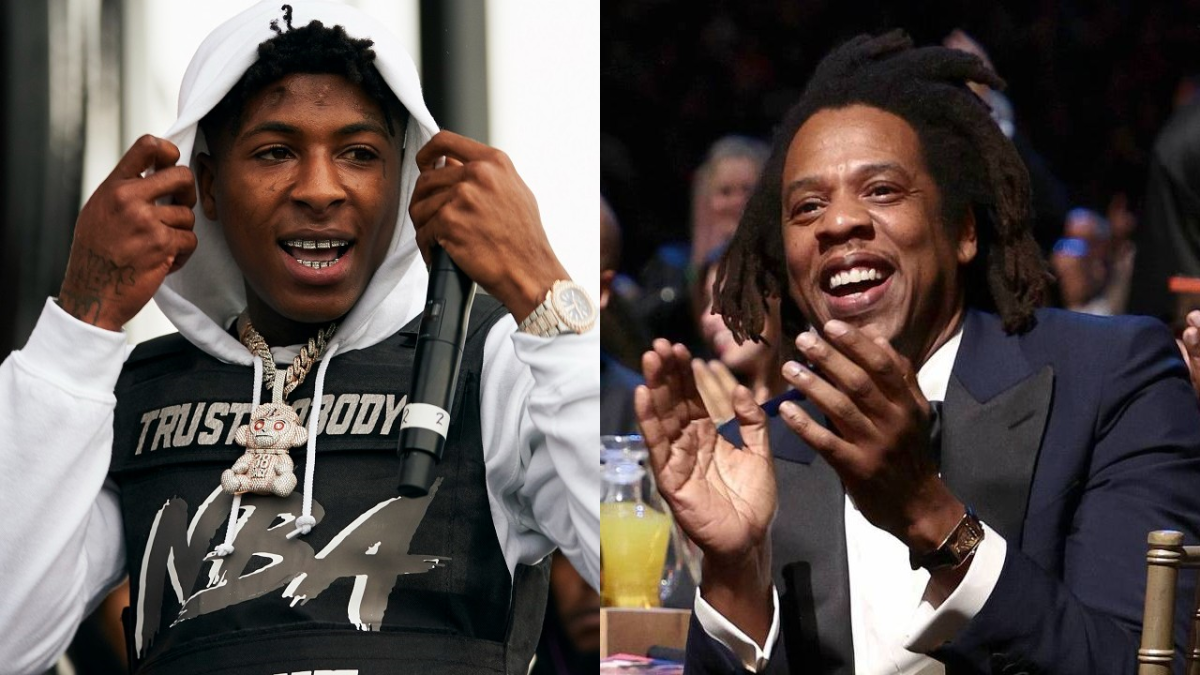 NBA YoungBoy Claims He Can’t Be Outrapped By JAY-Z

NBA YoungBoy has staked his claim as a lyricist, declaring that JAY-Z couldn’t outrap him as he attempted to make a point completely unrelated to the Brooklyn legend.

The statement was embedded in a series of Instagram Stories posted on Thursday night (November 17) via the official Never Broke Again, LLC account and believed to be aimed at former protégé No Cap.

While it’s unclear what caused the rift between the two artists, XXL reports that the war of words started with a subliminal post on NBA YoungBoy’s side of things.

“I pay attention to all that slick ass shit you be doing and saying,” read the post which has since been deleted. “You a bitch ass n-igga. What I call a real rapper? We don’t do music ’cause I don’t [fuck with you]. Stop speaking on me to these people. You my daddy artist. You a fucking worker bitch, you ain’t my brother. Fuck you. Pay me.”

The JAY-Z comment appears to have been a continuation of this thought, which seemed to either bring NBA YoungBoy or No Cap’s talent as a rapper into question.

The stories shared via the Never Broke Again account were all written in first person, leading fans to believe they were coming from NBA YoungBoy himself. The posts went on to bring Quando Rondo into the discussion, alluding to some instance in which No Cap had proven himself to be disloyal.

“You ran with me cause I was poppin at the moment shit hit the fan you couldn’t even take a picture with Quando,” the Never Broke Again account shared. “You signed cause of quando facts you ain’t shit without him he the only one can save you honestly.”

Addressing the shots indirectly, No Cap defended himself and credited this entire back and forth to “hate,” while playing up the idea this type of behavior isn’t uncommon for NBA YoungBoy.

No Cap continued: “U neva supported me u posted my shit once, I been sign to NBA for 3 years, but I’m raw so I kept dis shit goin on my own.”

NBA YoungBoy has appeared on a handful of tracks by No Cap, most recently featuring on “Flags To The Sky,” from the album Mr. Crawford.

No Cap claims that despite owning the imprint through which the album was released, NBA YoungBoy asked his label’s parent company, Atlantic Record, to pay him for the feature.

There is one other possible interpretation for the JAY-Z name check: at the top of this month, NBA YoungBoy surpassed the RocNation boss to become the solo artist with the most releases to chart on the Billboard 200.

The news came after YoungBoy dropped off his latest project Ma’ I Got a Family on October 28, which debuted at No. 7 on the Billboard 200. The latest placement for the Baton Rouge rapper brings his grand total on the chart up to 25, surpassing Hov, who has 24. It should be noted that Billboard does not consider the Beyoncé and JAY-Z collab album EVERYTHING IS LOVE as part of either artist’s solo discography.

The entry also places NBA YoungBoy past 2Pac, Nas, Lil Wayne, Future and a slew of other A-list rappers. However, JAY-Z still has the highest number of No. 1 placements on the Billboard 200 with 14, while YoungBoy only sports 3.