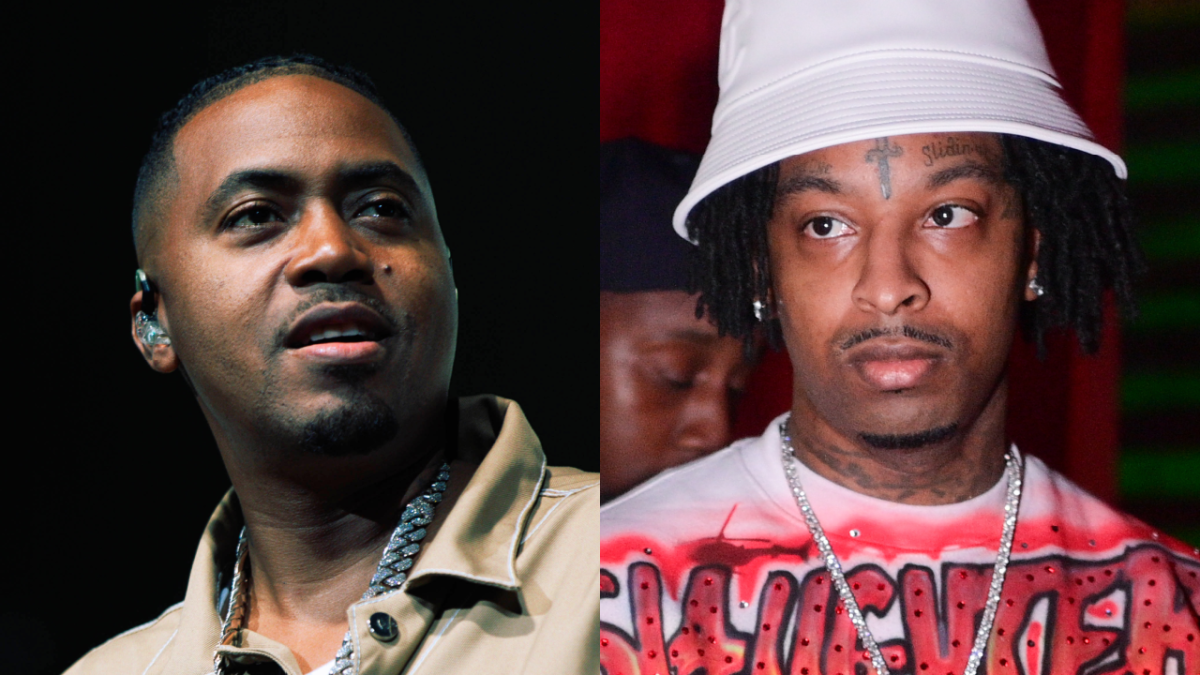 Nas has seemingly heard all the chatter surrounding 21 Savage’s comments about him no longer being relevant and issued what appeared to be response.

The Queensbridge legend hit up Instagram on Tuesday (November 15) to share a photo of himself with a caption that simply read “LOVE” along with a crying laughing emoji, which caused a stir in his comments section.

Another fan wrote: “A King’s response!”

Chaos in the chatroom ensued and the Atlanta rapper went on to explain that despite Nas’ supposed lack of relevancy, he believes the veteran MC has a “loyal” fan base and still makes good music. The heated discussion seemed to revolve around ’90s rappers that are still dropping albums today.

21 Savage later attempted to clarify his comments on Monday evening (November 14) after he became a trending topic, explaining he didn’t mean any disrespect.

“I would never disrespect nas or any legend who paved the way for me y’all be tryna take stuff and run with it,” 21 wrote on Twitter while applauding Escobar.

50 Cent Gives Nas His Flowers: ‘He’s Really The One’

Nas joined The Daily Show with Trevor Noah on Monday night, where he spoke further on maintaining his longevity in the young person’s game that is Hip Hop.

“Somebody, a friend of mine, called me today and said: ‘Yo, you realize how long you’ve been around and how much you survived and the things you been through?'” he said. “We just lost a Hip Hop artist the other week in Takeoff. I lost so many friends even before I got into music.”

Nas released King’s Disease III on Friday (November 11). The album is third installment of his Hit-Boy-produced series that earned him his first Grammy Award in 2021. The franchise has also been commercially relevant, debuting in the top five on the Billboard 200.