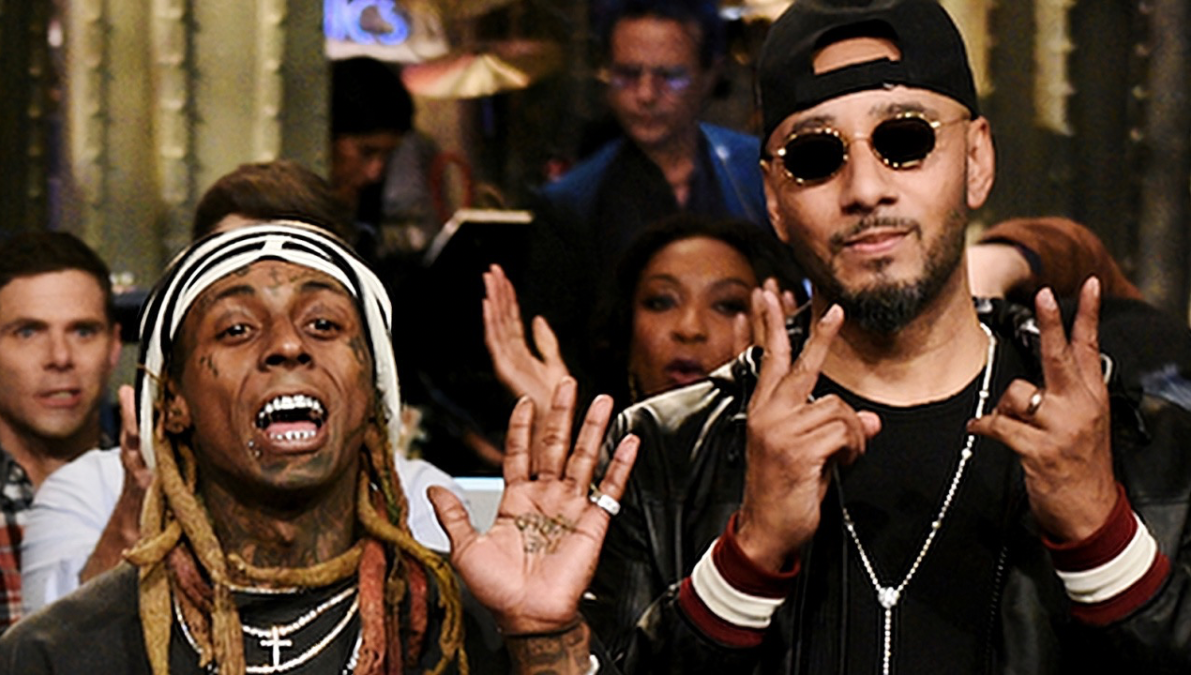 Swizz Beatz has revealed Lil Wayne didn’t appreciate the changes he made to their hit collaboration “Uproar.”

During an appearance on Mike Tyson’s Hot Boxin’ podcast alongside DJ Whoo Kid, the legendary Ruff Ryders producer spoke about Wayne’s not-so-positive reaction to him altering his vocals on the song, which dropped in 2018.

“This was the last record,” he said. “I kind of messed with his vocals. He didn’t like that and then I talked to Mack [Maine, Young Money president]. I said, ‘This gotta be more than just a freestyle because he rapped all the way through.’ There wasn’t no break points.”

Swizz Beatz explained how he took one of Wayne’s lines and restructured it into the chorus of “Uproar.” Despite his initial disapproval, Weezy eventually relented and gave the thumbs up.

It turned out to be a smart move on Swizz’s part as “Uproar” peaked at No. 7 on the Billboard Hot 100 while earning double platinum certification from the Recording Industry Association of America (RIAA), commemorating two million sales domestically.

The track was released in October 2018 as the first single from Lil Wayne’s 12th album Tha Carter V, which arrived that same year. It heavily samples G. Dep and Diddy’s collaboration “Special Delivery,” which itself became a Billboard chart hit back in 2001.

“Uproar” isn’t the only time Lil Wayne was unhappy with Swizz Beatz in the studio. In 2011, the former Hot Boy told XXL he wasn’t a fan of their leaked “Dear Anne” collaboration, explaining that his verses were old.

“That was actually a record for Tha Carter III that just leaked,” he said. “It leaked out and everybody’s thinking that it’s going on Tha Carter IV ’cause I was actually gonna put it on Tha Carter IV. But I had been listening to it and didn’t like it. I don’t like it ‘cause the song, all the verses are old. And me being a perfectionist, I hate going with old verses.”

Mack Maine and his former manager Cortez Bryant encouraged Weezy to keep the track, though. “They be like ‘Man, you trippin, you killed it,’” he continued. “I be like, ‘Did you hear what I just said? I don’t wanna do that anymore.’ But I heard that the ‘Anne’ song has been getting buzzed up and everybody’s buzzin’ about it so it might end up one of those you might have to put on the album, you know what I mean?”

Away from the studio, Lil Wayne recently added pro skateboarder to his résumé. Last month, the 40-year-old received his first-ever “pro model” board from Phil Lopez, who serves as the videographer for Young Money Skate, to celebrate Wayne’s hard work over the years.

In a video of the moment, Wayne can be seen sitting on the floor of the skatepark in shock while surrounded by his custom boards, which are decorated with a photo of him as a child along with some of his favorite rap lyrics.