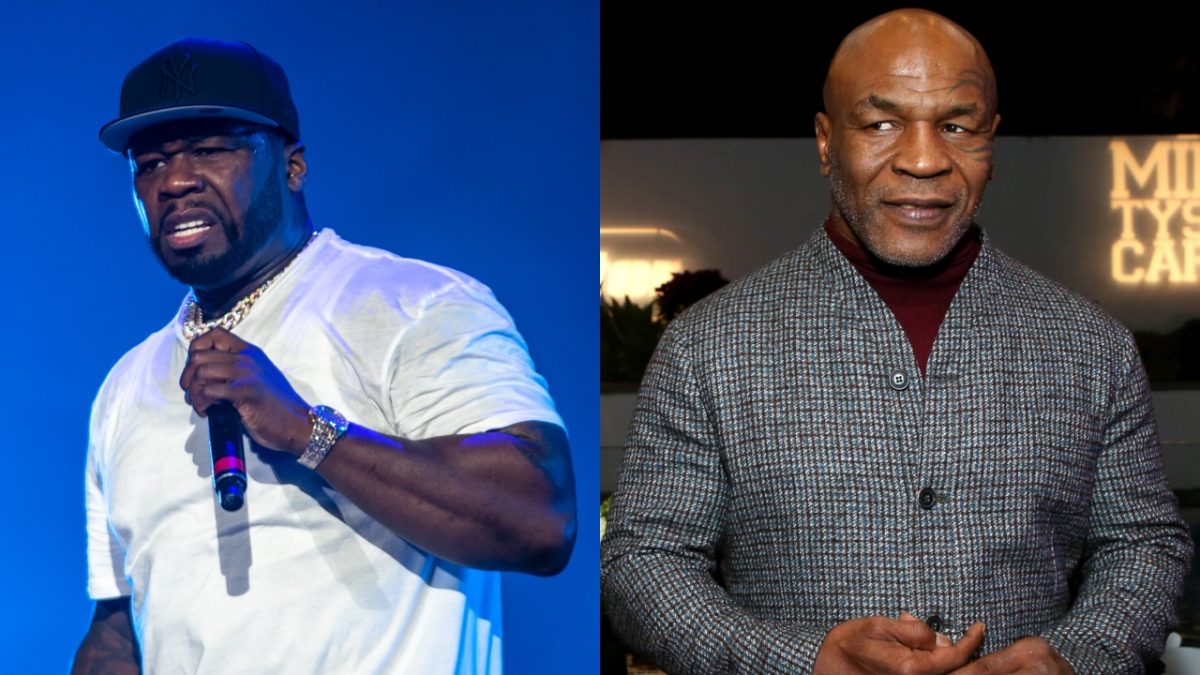 50 Cent has said that he lost millions of dollars as a result of purchasing a house once owned by legendary boxer Mike Tyson.

In an interview with Big Boy’s Neighborhood, the G-Unit leader said his purchase of Tyson’s 52-room mansion in Connecticut back in 2003 was a big mistake.

“The Tyson crib was like that, that was definitely it,” 50 Cent said after being asked if he had any financial regrets. “I paid $4.1 [million] and I sold it for $3 [million].”

He went on to say that because the estate was so large, he and his G-Unit entourage were able to all stay at the residence and allow 50 Cent to still have his space.

This isn’t the first time 50 Cent has spoken about the misfortune of owning Mike Tyson’s old crib. Back in 2021, Fif said he had purchased the property during a rather lucrative time early on in his career.

“My first run, the Roc The Mic Tour and everything we did, I came back and had $38 million in my account,” the Queens native revealed during an interview with Brian J. Roberts while promoting his new BMF series. “And all I had was a two-bedroom apartment that was $800 a month.”

Fiddy added that the purchase was also for tax reasons. “If you don’t spend it, you know the IRS is gonna take it,” 50 Cent explained. “I needed the expenses, so I ended up buying Mike Tyson’s home in Farmington and stuff like that. I was adjusting to it.”

Curtis originally put the house on the market for $18.5 million in 2007 and tried to find a buyer for years. He ended up selling it at a massively discounted $2.9 million in 2019 and donated all the money to his charity, G-Unit Foundation.

Rotimi Explains What Happened With His G-Unit Deal

Elsewhere in the interview with Big Boy, Fiddy spoke about the rise of his G-Unit collective and said he and the entourage simply stuck together after the success of his 2003 seminal album Get Rich or Die Tryin’. The 47-year-old added that in hindsight he wishes Tony Yayo would have blown up instead of him.

“My solo album took off so big that I just brought them with me,” 50 said. “So it was clear that it was me creating opportunity for everybody else in the crew, but we was all together. I wish it would have been Yayo, because then I coulda did all of the business. If he woulda did what 50 Cent did, then I would have been running the whole thing.”

He continued, “It would still be two of us. He’d still be 50 cent as the artist and I’d be the largest asset to us.”

The mogul also took a moment to apologize to Megan Thee Stallion, whom he had accused of lying about everything in relation to her case with Tory Lanez since she initially denied having a sexual relationship with Lanez.

50 said his mindset changed when Tory Lanez’s jail cell phone call to Megan’s former friend Kelsey Harris was played in the trial as evidence, which helped to implicate Tory Lanez as the shooter.

“I’m gonna apologize to Megan Thee Stallion,” 50 said. “I said some things, and it was because… On social media I posted things that, when she was with Gayle [King], she said: ‘Were you intimate with Tory Lanez?’ And she said: ‘What?’ and it was like, ‘No.’ And I was like, ‘Ah, she lying.’”

He continued: “I should apologize to her, because when I heard the phone conversation – that made me feel like, ‘Oh shit. Now I know what happened.’ I’m sure that was probably what swayed people in court, too.”