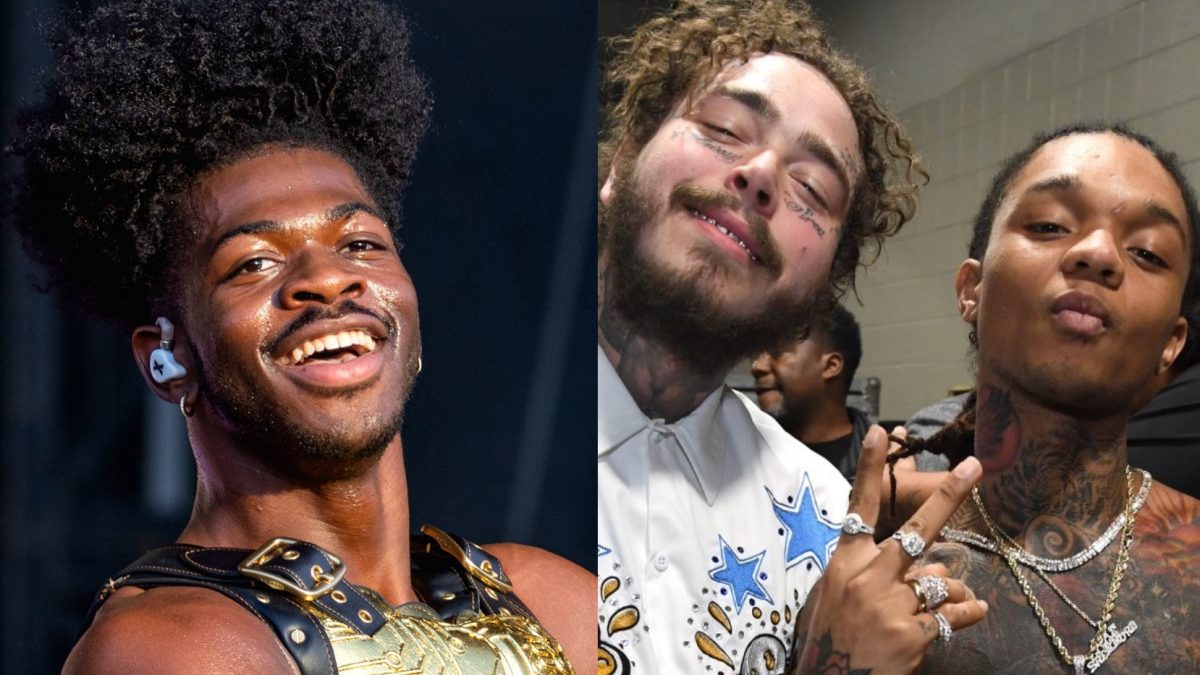 Earlier this month, Posty and the Rae Sremmurd star made history when their joint single “Sunflower” became the highest charting single in US RIAA history.

The track, which was crafted for the Spider-Man: Into The Spiderverse soundtrack in 2018, was certified 17x platinum on November 14, surpassing Lil Nas X and Billy Ray Cyrus’ “Old Town Road” remix, which previously held the record at 15x platinum.

The Montero star’s Grammy award-winning first single, which dropped in 2018, has been breaking records left, right and center since its release.

In July 2019, it became the longest-running Billboard No.1 hit, surpassing a record set by Mariah Carey and Luis Fonsi. Later that year, it became the fastest song to reach diamond status. Then in August this year, the song surpassed a billion views on YouTube.

First released as a lone single, Lil Nas X eventually put the track on his debut EP 7, which debuted at No. 2 on the Billboard 200 with 77,330 total album equivalent units. It also spawned a second hit single with “Panini,” which is now certified 6x platinum in the US.

The “Industry Baby” rapper made a short film for the single called “Old Town Road (Official Movie)” which is on its way to the billion mark as well with 662 million views.

Lil Nas X’s latest plaque follows a few others he received earlier in the month. On November 19, his songs “Sun Goes Down” and “Scoop” featuring Doja Cat both achieved gold status, while his hit “Montero (Call Me By Your Name) was certified 6x platinum.

Meanwhile, Swae Lee recently revealed that he and Post Malone have got an entire album’s worth of material they’ve been working on over the past few years.

In an interview with XXL, the Rae Sremmurd star revealed he and Posty have enough music to release a full collaborative project at any given moment while describing his unique relationship with the Twelve Carat Toothache rapper.

“Me and Post, we got a whole project together like, you know what I’m sayin’, we just been cooking up,” Swae Lee said. “That’s my bro. We been on tour together. We done it all. We got a project we could drop together right now if we wanted to.”