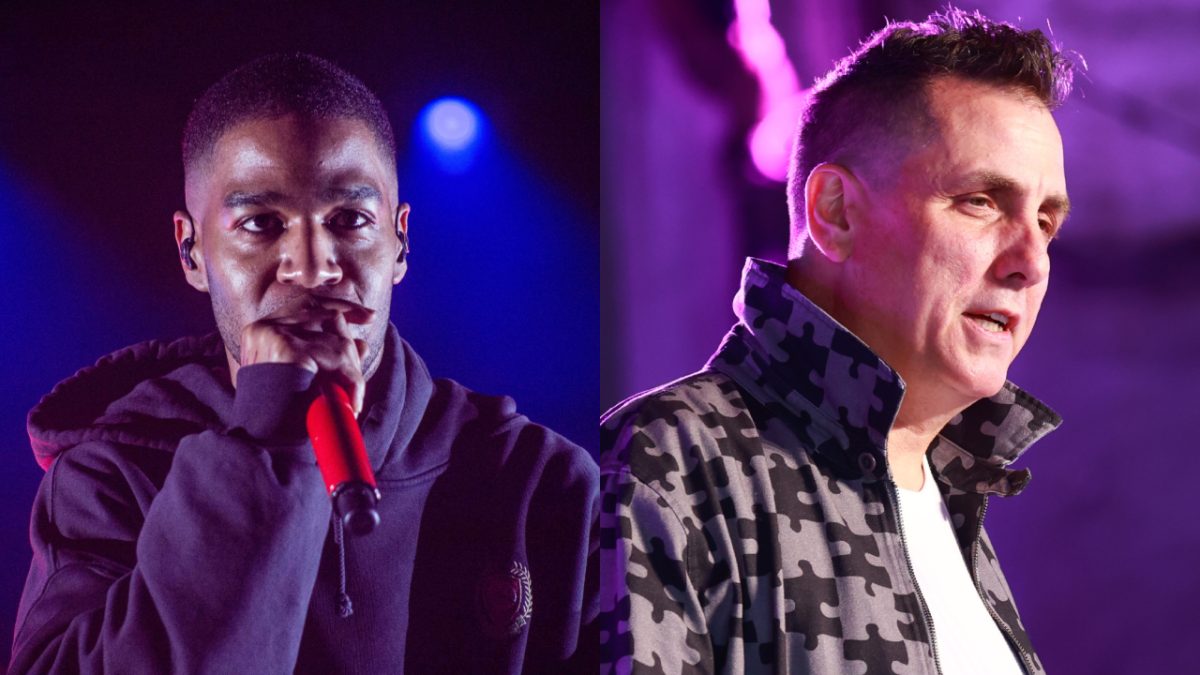 Kid Cudi has received an olive branch from Mike Dean, who had previously criticized the rapper following his abrupt removal from Cudder’s Moon Man’s Landing Festival.

The super producer referred to Cudder as “Mid Cudi” back in September during an online rant that stemmed from him being booted off the Moom Man’s festival lineup at the last minute.

“Dickhead canceled me just from jealousy. Just because I was on tour with The Weeknd,” Dean wrote. “Also there’s more people in a half full stadium when I play than when Mid plays the small arenas.”

Kid Cudi’s fans came to his defense, with one fan claiming Mr. Rager is a better producer than Dean. “That’s hilarious. I’m done,” he responded. “Hahahah. Dude can’t produce his way out of a wet paper sack.”

But in a recent post to his Instagram Story, Dean showed his support for Cudi, who had tweeted: “11 songs in 5 days. My goal was to do a whole new album worth of songs this week. 12 was my goal. Might get 14.”

Dean showed his support by posting numerous flexing bicep emoji’s. Elsewhere on Twitter, Dean said he “Would love to do some outros” on Cudi’s next album. 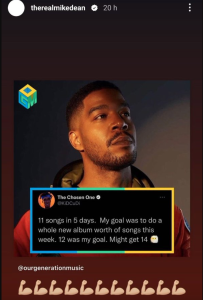 Would love to do some outros

Dean has contributed to some of Cudi’s biggest albums including Man on the Moon II: The Legend of Mr. Rager, Passion, Pain & Demon Slayin’ and Man on the Moon III: The Chosen, but following the release of his Netflix Animated film Entergalactic, Cudder told Zane Lowe it’s likely he’ll stop making music soon to pursue other creative ventures.

“The Kid Cudi stuff, I think I want to put it on the back burner and chill out with that,” he said. “I think, I want to be done with it. I think, closing the chapter on Kid Cudi.”

He continued: “I’ve said a lot and I have other desires, I have other things I want to do. And I do not see me never making music, I’ll always fuck around in the studio, or make something here and there. But, as far as getting in the studio and working on an album, and then going and touring it, I just don’t have it in me. I don’t have the desire.”

However, earlier this month, Cudi said he’ll be releasing at least one more album before ceasing his music career.

The Cleveland rapper took to Twitter in November to announce he’s got one more album left to satisfy his deal with Republic Records. The project is set to include all-new music for his day-one fans, but won’t arrive until 2024 at the earliest.

Kid Cudi Reacts To Martin Scorsese Praising His Work: ‘This Blows My Mind’

“Im doin 1 more album and then im done w my deal and not sure what ima do after that but yea, 1 more,” he wrote. “Wont be next year. Keep u posted. This is for all my fans that have been ridin w me for so long. This will be all new music. The songs ive teased ill prolly put out as singles here and there to hold u over.”