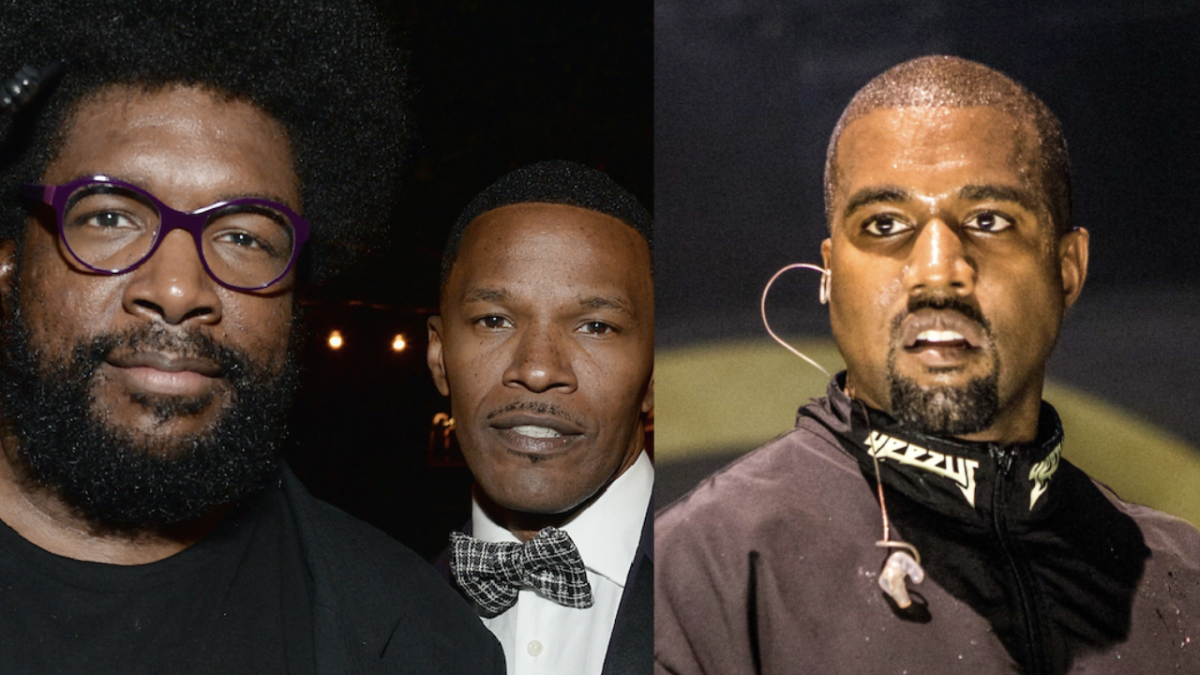 Kanye West has come under severe criticism following his controversial appearance on Alex Jones’ InfoWars this week, where he praised Hitler and Nazis.

Many in the music industry have spoken out and condemned Ye for his words, including “Gold Digger” collaborator Jamie Foxx, The Roots’ Questlove and long-time producer Mike Dean.

“Genius does not mean smart,” Questlove wrote matter-of-factly to Twitter on Thursday (December 1), albeit without naming Kanye. His tweet was reposted on Instagram by The Shade Room, where Foxx entered the comments section and seemingly piled on the Ye criticism.

“Say it louder for the people in the back,” the multi-hyphenate, who also worked with Kanye on 2004’s “Slow Jamz,” wrote. “But for whatever reason we keep giving these so-called geniuses the microphone.”

Mike Dean, meanwhile, reshared a message from Swedish House Mafia’s Steve Angello on his Instagram page, making Kanye West’s “Power” the soundtrack to his post in an apparent effort to make his intended audience clear.

Busta Rhymes and T.I. jumped into Dean’s comments section to give their stamp of approval, while fans reacted to the producer’s continued criticism of West.

“Damn no more Kanye & Mike Dean masterpieces in the future,” one fan wrote, to which Dean replied with a pair of crying emojis.

Kanye West continued to stir controversy on Thursday by admitting that he loved Nazis and praising Hitler during his interview with Alex Jones.

“And this guy who invented highways, who invented the very microphone I use as a musician, you can’t say out loud that this person ever did anything good, and I’m done with that. I’m done with the classification. Every human being has something of value that they brought to the table, especially Hitler.”

Kanye continued: “I love Jewish people, but I also love Nazis,” which left even Jones — a noted peddler of offensive remarks — uncomfortable.

Yeezy was later suspended from Twitter after posting a photo of the swastika inside inside the Star of David, a Jewish symbol, on the social media platform. Elon Musk ruled that Ye had violated the company’s rules.

Kanye West also posted a photo of a topless Elon Musk being hosed down by Hollywood mogul Ari Emanuel on a yacht, but Musk clarified that had nothing to do with the rapper’s suspension.