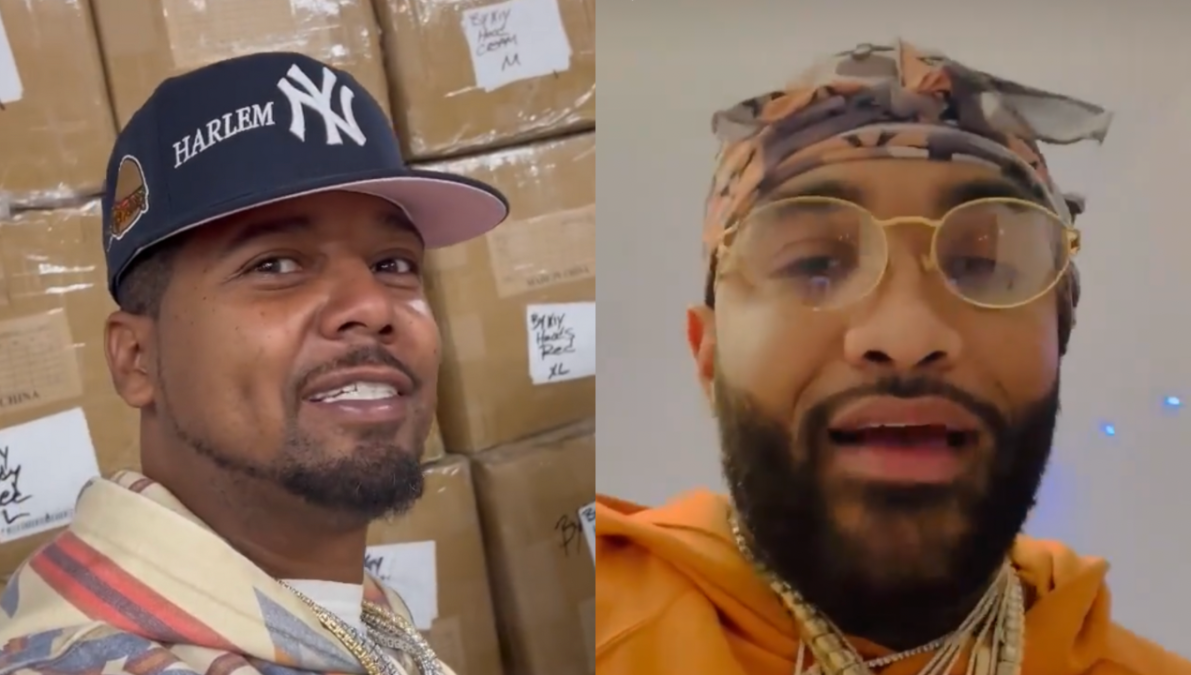 Juelz Santana has revealed a new track featuring Joyner Lucas on his upcoming Gangsta Grillz tape with DJ Drama, and he can’t wait for fans to hear the tune.

On Thursday (January 5), the Harlem, New York native took to his Instagram Story to seemingly preview his new track with the “Stranger Things” rapper. In the video, Juelz is wearing a blue-knitted balaclava while a drill-tinged record plays in the background.

“Santana and Joyner Lucas, I’m not even going to say no other names. OMG. We In Motion on the fucking way,” Santana said while he also captioned his post tagging Lucas and hyping the new tape some more.

Juelz announced his first official release post-prison with an Instagram post revealing the new album titled We In Motion which is set to drop sometime this year. The image showed the title with Juelz and Drama’s names included, along with the tagline “Top Of The Year.”

Initially fans weren’t sure if the project was going to be a part of Drama’s Gangsta Grillz franchise, which has been on a hot streak as of late with tapes from Tyler, The Creator, Symba, Jeezy, Snoop Dogg and more. However, Mr. Thanksgiving has confirmed to HipHopDX that Juelz’s upcoming release will be a part of his legendary series.

Juelz Santana hasn’t put out a project since 2020’s #FREESANTANA, which was released while he was serving time at the FCI Petersburg Medium in Hopewell, Virginia. The 10-track album features Jim Jones, Dave East, 2 Chainz, Belly, Lil Wayne, Jeremih and A Boogie wit da Hoodie.

He’s been dropping a lot of hints that he would be releasing new music, such as last month when he teased an official project was on the way with an Instagram post of him in the studio listening to a song featuring A Boogie. He also teased a collaboration with Lil Durk, in addition to linking up with Chief Keef and Lil Wayne separately in the studio.

If that wasn’t enough, Juelz also stirred the pot by hinting at the release of his long-rumored mixtape, I Can’t Feel My Face, with Lil Wayne. During a recent interview with VladTV, Santana blamed the project’s shelved release on label “politics.”

Last year was a productive one for the 40-year-old. In April, he appeared on fellow Diplomat Jim Jones’ “We Set the Trends (Remix)” alongside Lil Wayne, Migos and DJ Khaled before dropping a new song with Benny The Butcher in August after being challenged to release new music by Funkmaster Flex.