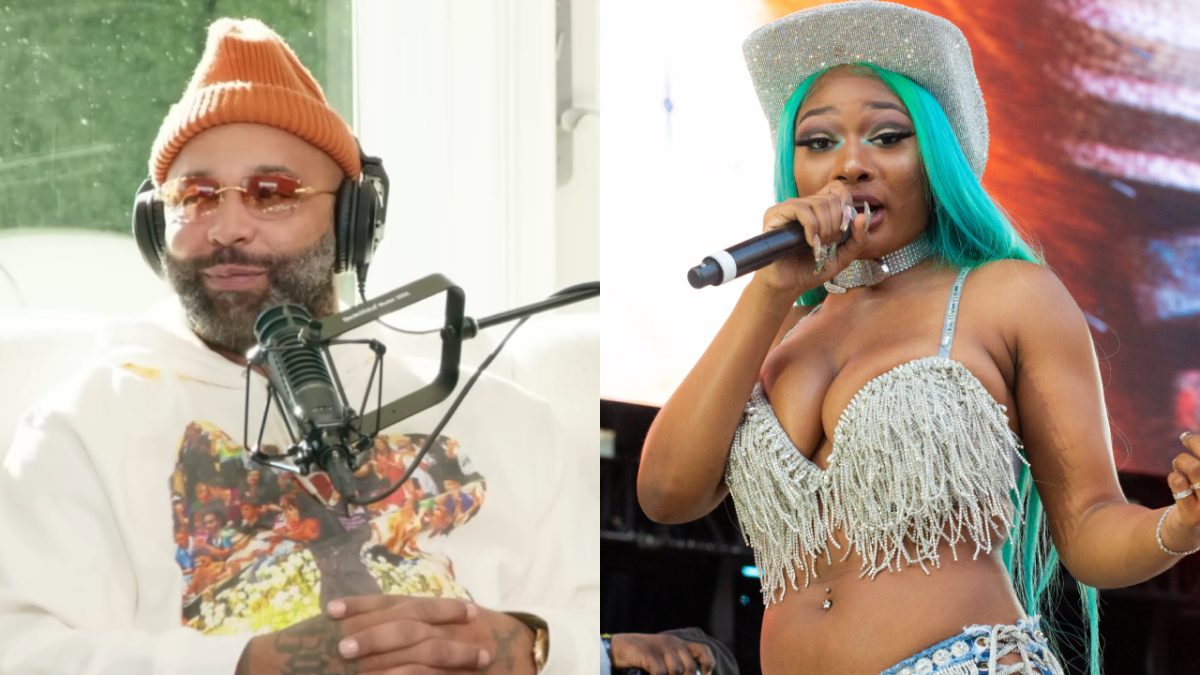 Joe Budden has issued an apology to Megan Thee Stallion after the podcast host joked about the state of her mental health.

The aforementioned comments were made on last week’s episode of Budden’s podcast, where he spoke about Meg’s ongoing criminal trial against Tory Lanez, and in the lengthy discussion with DJ Akademiks he also expressed his disdain for the Houston rapper.

“I’ve seen this woman do horrible things to some really great people that I have [a] longstanding relationship with here in this industry, so I’m biased,” Budden said at one point. “You can’t just treat my friends, and people I fuck with, and people I’ve seen in this game for 15 years a certain way.”

Budden went on to insinuate Megan Thee Stallion was lying about allegedy being shot in the foot by Tory Lanez back in July 2020 and said: “what I can say is I’m finished with these n-ggas and I don’t like that girl. I can’t.”

In the most recent episode of Budden’s podcast posted on Wednesday (December 21), the “Pump It Up” rapper apologized for a few of the comments he made after he got some angry phone calls from the women in his life.

“I’m apologizing to Meg,” the retired rapper said at the 19-minute mark. “Meg, the people that love her, her handlers, her team, the people that have to support her through what has to be an exhausting trial. I listened back. I got a few phone calls from women that I love and appreciate and admire.”

He continued: “I’m apologizing for the careless manner in which I joked about her mental health … That’s not funny, because whether you believe her or don’t believe her, can you afford to be wrong? The answer is no.”

You can check out the latest episode of The Joe Budden Podcast below:

Budden’s comments especially didn’t sit well with Vivica A. Fox, who on the latest episode of Fox Soul’s Cocktails With Queens, criticized Budden for tearing down female rappers.

“Joe Budden if you don’t button it up and sit your bitch ass down hating on that girl,” Fox said. “You all mad ’cause girls is ruling rap. It’s just driving you all crazy that the sistas is just ruling over and taking numbers and can tell you about yourselves, look sexy with it, it’s a new day.”

She added: “But if you wanted some attention, to be honest with you, I think that’s the wrong one to try to get it from because it’s really coming out facts it’s coming out after so many years of this trial being long-awaited that she was shot. So, you know, get used to it, brother, it’s a new day. Girls are ruling, sorry Joe Budden.”

Budden’s apology comes as Megan Thee Stallion’s trial continues. Most recently, forensic scientist Marc Scott Taylor told the court that Tory Lanez’s DNA was not found on the magazine of the gun used in the alleged shooting and that tests done on the DNA found on the gun itself were inconclusive.

Additionally, a man named Sean Kelly testified on Tuesday (December 20) that he saw the entire confrontation from his bedroom window. Kelly said he saw a “violent” fight breakout between two women before an “angry male” entered the mix.

He alleged he saw the first muzzle flash nearest to “the girls… about the same time the smallest individual (Lanez) got out of the car.” “I believe I saw the girl shoot first,” he said. “[But] I believed it was fireworks.”

He then said the male, who he presumed to be Tory Lanez, began shooting next. “I just saw he was very angry, shouting, and then the flashes then came from him. I never saw a gun,” Kelly added. “They were all fighting, so I just assumed he grabbed the gun.”

Tory Lanez’s music also could potentially be used as evidence in the ongoing trial, with Judge Herriford declaring Tory’s discography as “fair game” if he’s asked to testify.