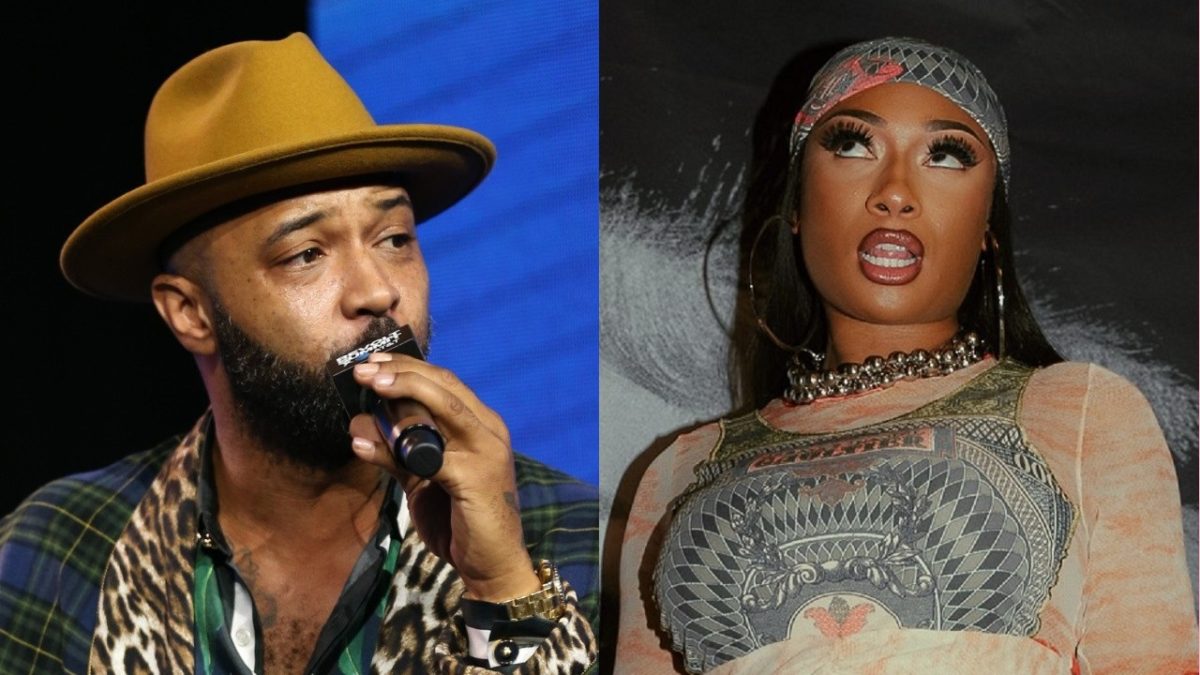 Joe Budden Is Not A Fan Of Megan Thee Stallion: ‘I Don’t Like That Girl’

Joe Budden has admitted that he doesn’t like Megan Thee Stallion, adding that his opinion of the Houston rapper has been impacted by her relationship with people he knows.

After going over several aspects of the case, Joe Budden confessed his disdain around the 49:00 minute mark of the interview.

“I got some theories,” he starts. “But what I can say is I’m finished with these n-ggas and I don’t like that girl. I can’t.”

Joe Budden is not a fan of Megan Thee Stallion: "I don’t like that girl"https://t.co/52WCdDJySr pic.twitter.com/rVi0Ae1xvd

In the podcast’s latest episode (#587), Joe Budden can be heard going into further detail about what has shaped his opinion of the “Body” rapper around the 19:23 mark.

“Personally, I’ve seen this woman do horrible things to some really great people that I have longstanding relationship with here in this industry,” he says in the clip. “So I’m biased. You can’t just treat my friends, and people I fuck with, and people I’ve seen in this game for 15 years a certain way.”

The trial — which sees Tory Lanez accused of allegedly shooting Megan Thee Stallion in August 2020 — kicked off on Monday (December 12) and quickly took an interesting turn when the star witness, Meg’s former friend and employee, contradicted a recorded statement she made to the prosecution in September.

During their cross-examination, which took place on Thursday (December 15), Tory Lanez’ attorney took the opportunity to address any suspicion that his client had something to do with her changed account of events.

According to Law & Crime reporter Meghann Cuniff — who is covering the trial in Los Angeles and has been sharing updates via Twitter — Los Angeles County District Attorney Kathy Ta continued questioning Kelsey Harris when the trial resumed on Thursday, and made sure Harris understood that, while she has been granted immunity from her testimony being used against her at a later date, she can still be prosecuted for perjury.

Kelsey Harris was then asked again about Megan Thee Stallion’s allegation that she had been offered $1million to keep quiet about the specifics of the shooting. After failing to answer the question directly on Wednesday, saying that her “mind isn’t here right now” due to post-partum depression, she offered more details on Thursday.

In what Cuniff called a “really nuanced testimony,” Harris reportedly recounted a conversation she had with Tory Lanez about $1million dollars and the case, but clarified that she did not believe that to be a bribe.

Los Angeles Times writer James Queally, who has also been sharing updates to social media, tweeted that Mgdesyan went on to ask Kelsey Harris questions that implied that the reason why her testimony at trial was so different than the statement she gave authorities in September, is that she was in fact being pressured by the prosecution to corroborate the details Megan Thee Stallion has given about the night of the shooting.

As a result, Los Angeles County Assistant District Attorney has requested that Harris’ entire original statement be played in court.

Tory Lanez has been charged with felony counts of assault with a semiautomatic firearm, personal use of a firearm, and carrying a loaded, unregistered firearm in a vehicle. If convicted, he faces more than 22 years in prison.