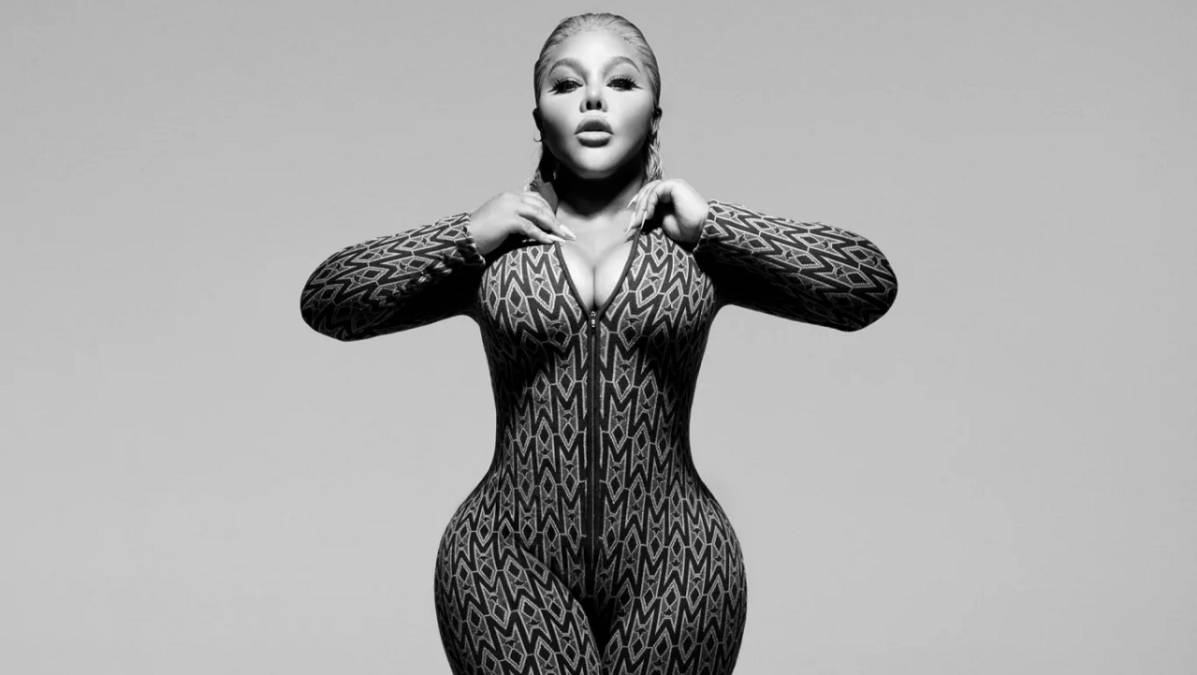 Lil’ Kim has become the new face of Mackage, starring in the company’s latest campaign and a first for the luxury outerwear brand.

In new photos released Wednesday (October 6), which Kim says was built around the history of her style, the iconic Brooklynite debuted Mackage’s very first monogram — a zipper-front monogram knit bodysuit. Other shots in the black and white campaign feature Kim modeling one of the company’s signature puffer jackets.

“Often imitated but never replicated, Lil’ Kim is the blueprint—a true original,” reads the campaign announcement on the company’s website. “Who better to represent one of our biggest drops of the season: Our first-ever Monogram collection. The legendary artist is an unapologetically powerful force who seamlessly traverses the worlds of fashion and music—and has paved the path for future generations.

“The artist is forever woven into the fabric of culture,” the description continues. “The first to do it her way, a bold icon of making something your own. A trailblazer who embodies the Mackage spirit.”

In addition to the form-fitting suit featured in the Lil’ Kim campaign, the Mackage monogram collection also features a duvet cropped jacket, a light down maxi coat, a down vest, and a light down hooded jacket. Also included in the new brown and mocha line are a turtleneck, agile leggings, a sweatshirt and a light down snow suit for babies 24 months or younger; and accessories included a down bucket hat and a knit balaclava.

Throughout her career, Lil’ Kim has been recognized as much for her fashion sense as her music, with the rapper often name dropping high-end brands in her lyrics. She launched her modeling and brand endorsement career in 1998, when she signed with Wilhelmina Models, the agency which has gone on to represent Nicki Minaj, Normani and Machine Gun Kelly, to name a few.

Through a partnership between Wilhelmina and her then label, Atlantic Records, Kim became the first and only rapper to represent the fashion brand Candie’s.  She also appeared alongside Mary J. Blige in the third and fourth iterations of MAC’s VIVA GLAM campaign.

This latest partnership is with a brand which was already a part of her wardrobe.

“I already had a genuine relationship with Mackage,” she explained. “I love their incredible leathers and puffers. When the team reached out to me to collaborate on launching their first monogram, it just felt true to me.

“It feels right you know,” she added. “This brand is growing so quickly now but it had to come up year by year building its credibility because people genuinely loved the crazy quality, style, and dramatic fit. It’s the real deal, and so am I.”

In addition to this new campaign marking the latest chapter in her legacy as a fashionista, Lil’ Kim recently paid homage to her musical legacy with a performance at the 2022 BET Hip-Hop Awards. She appeared alongside Joey Bada$$$ to support Havoc representing Mobb Deep during a tribute set celebrating the 30-year anniversary of the Queensbridge duo’s label, Loud Records.

The performance was recorded in Atlanta on September 30, the same day which saw the arrival of Prodigy‘s posthumous album The Hegelian Dialectic: The Book of Heroine.