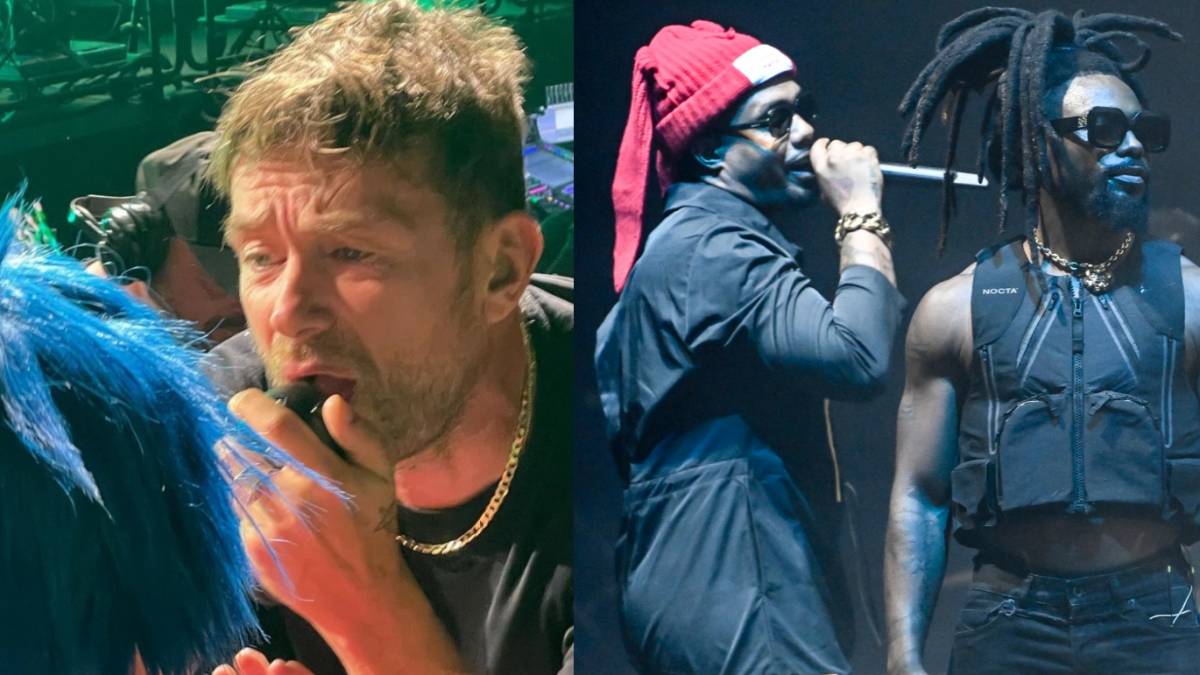 Gorillaz and EarthGang lit up the Ball Arena in Denver, Colorado on Wednesday night (September 28) as part of the Damon Albarn-fronted group’s North American tour.

The packed crowd, many decked out in Gorillaz’s signature pink, roared in unison as EarthGang — the Atlanta duo of Olu and WowGr8 — took the stage promptly at 7:30 p.m. local time. The Dreamville artists soared through their explosive set, which included songs such as “This Side” and “Top Down” from 2019’s MIRRORLAND.

Their electric energy was palpable, with both members presumably knowing what a huge opportunity being on the road with Gorillaz for 22 dates is. (They would later join Gorillaz to perform their 2020 collaboration “Opium” from Song Machine Season One: Strange Timez.)

.@EarthGang turning up in Denver ? https://t.co/FoC4kxW3kg

After an extended break between sets, Damon Albarn sauntered onto the stage around 9 p.m. as the audience continued to scream in anticipation. A 26-song set would follow, blowing any expectations of a proper performance out of the water.

Backed by lead guitarist Jeff Wootton (who looked like he could’ve been a member of The Clash), the colorful bassist Seye Adelkan, keyboardists Mike Smith and Jesse Hackett, drummers Femi Koleoso and Karl Vanden Bossche and The Humanz Choir, Albarn kicked off the show with “M1A1” from Gorillaz 2001 self-titled album and seamlessly went into “Last Living Souls.”

With each song, Albarn got braver, often wading through the sea of people with his dispatch mic in hand while never missing a beat. Gorillaz, who’ve built a career on collaborations, typically bring a handful of fellow musicians to execute their songs.

During the 2008 Escape To Plastic Beach Tour, De La Soul, Pharcyde’s Bootie Brown, the late Bobby Womack, Little Dragon and two members of The Clash (Paul Simonon and Mick Jones) joined the fold. But in this case, the group relied heavily on animated videos to bring their collaborations to life.

For “Empire Ants,” Little Dragon singer Yukimi Nagano appeared onscreen to sing her verse, while an animated Snoop Dogg and De La Soul popped up in the video for “On Melancholy Hill” and Thundercat graced the screen for the “Cracker Island” visual, one of Gorillaz’s newest singles.

But right after “Kids With Guns,” EarthGang re-emerged for “Opium,” Bootie Brown showed up for “Dirty Harry” (as well as “New Gold” and “Stylo”), Posdnous joined the group for “Feel Good Inc.” and Sweetie Irie closed out the show with the platinum-selling single “Clint Eastwood,” putting an exclamation point on the evening’s revolving roster.

Albarn showed his true character multiple times while singing with the 10, 11 and 12-year-old kids who were ecstatic to simply be in his presence. For some, it was their first concert and their excitement seeped into the air, making the show a cathartic experience for all. 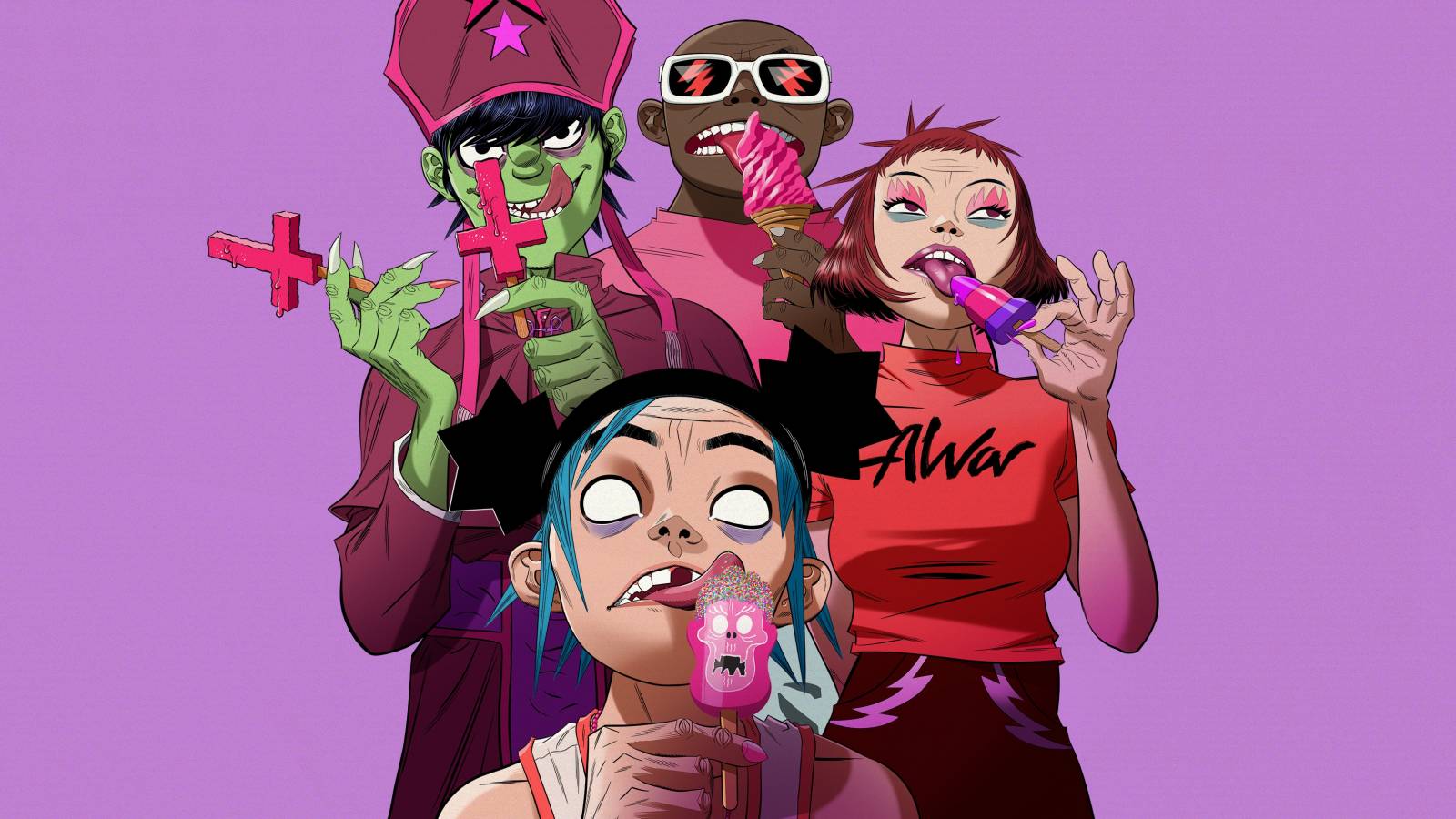 Gorillaz is expected to deliver its eighth studio album, Cracker Island, in 2023. The tour continues in Austin, Texas on Friday (September 30) before heading to Chicago on October 3. Find the dates here.