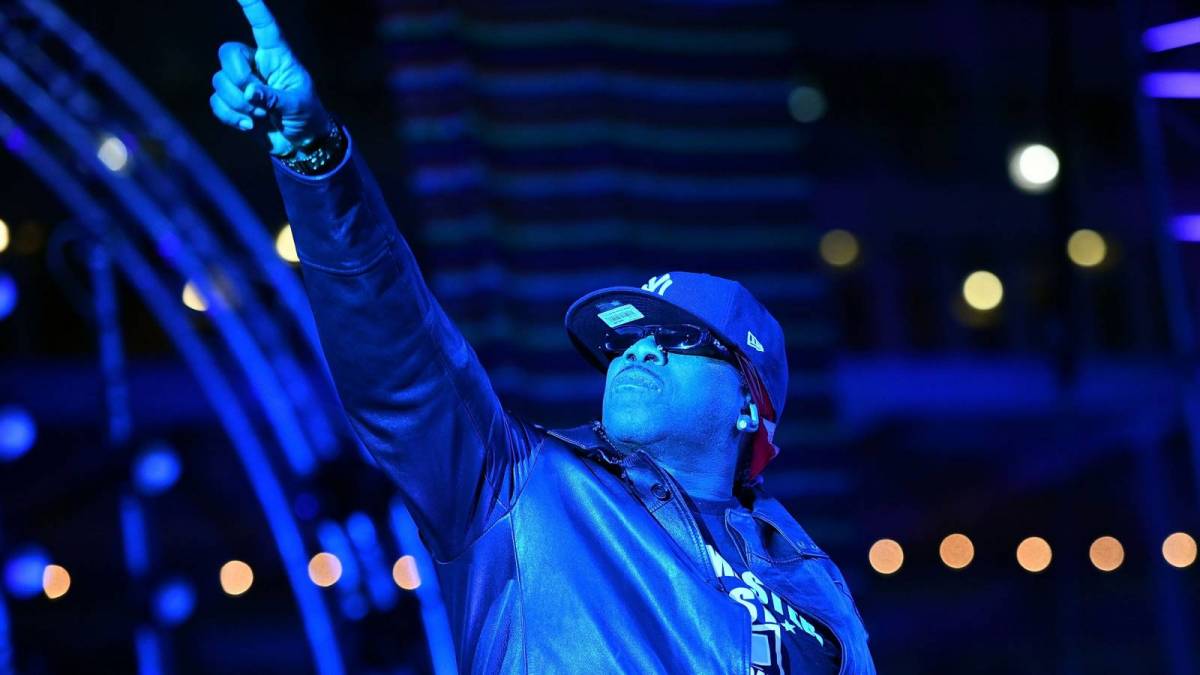 Scorpio of Grandmaster Flash and the Furious Five not only witnessed the birth of Hip Hop — he helped pioneer it. But, as he explained to HipHopDX in a recent interview, he’s grown tired of people trying to rewrite the narrative surrounding Hip Hop’s inception.

While its origin story has been told countless times by people who weren’t there in 1970s to experience its explosion, Scorpio said even those who were there are mistaking fiction for fact. When asked what his reaction was to Grandwizzard Theodore crediting Grandmaster Flash with writing the first real rhyme, Scorpio admitted it rubbed him the wrong way.

“It wasn’t just my reaction, it was also Melle Mel reaction,” he told DX. “And we took it as the ultimate disrespect to us, especially for Mel and Creole being the ones that wrote the first rhymes in Hip Hop, period. And Keith Cowboy [Furious Five] being Hip Hop’s original party starter. It just diminished everything that we did. It totally took away, I guess, what we brought to the table.

“There’s no way on God’s green earth Flash wrote the first rhyme, because if he wrote a rhyme, why did he stop writing rhyme? So that was definitely ludicrous for him to even say that.”

Scorpio also shed doubt on Grandwizzard Theodore’s reputation as the inventor of the scratch, a fundamental practice for any turntablist.

“To add to that is just like for him going around saying he invented the scratch,” he continued. “There’s no way on God’s earth Theodore invented the scratch. Flash was the top DJ, period, and he was the one first one that went from record to record without missing a beat.

“So when he was going from record to record, if he was cutting ‘Walk This Way’ or Bob James or any record back in the days, he wasn’t blending it, he always had to cut — and that’s a scratch. This is what we say about a lot of people just trying to rewrite history. What Theodore was known for was dropping the needle. That’s what Theodore made. That’s what he became famous for. He never invented the scratch.

“When people do stuff like that, it hurts everything that came out of our camp. Because by Flash being the first DJ to cut on beat, it prompted Melle Mel and Kidd Creole to start rhyming on beat, and it had Cowboy doing the crowd response. That came from our camp.”

Grandmaster Flash and the Furious Five released its seminal single “The Message” in 1982, forever changing the way Hip Hop looked and sounded. Instead of the typical party rhymes (i.e. “Throw your hands in the air/Wave ’em like you just don’t care”), the group was rapping about poverty, violence and other hardships they endured growing up in the New York City streets. And their bold fashion sense made a statement, too.

“I brought all the style, swag, look and attitude to a Grandmaster Flash and the Furious Five,” he said. “At that time, we was just The Furious, so I brought all of that. And I’m not saying it to be arrogant, but it’s fact. Every group back then you had to have a Scorpio lookalike. It’s fact. If I was to really take my time and pull up pictures of everybody that wore they braids and bees like me, it’ll shock you. It was so many.

“And when you see all of them brothers when they taking pictures and all of a sudden pose in certain way and put their hands in the sky, that was all me. So when they put The Furious Five, Cold Crush Brothers, The Fantastic Five, Treacherous Three in the same group, it hurts us. It don’t do nothing for us. It helps them. It diminishes what we really brought to the table.

He added: “I think it’s sad because most of the lies, and I may just call it for what it is, aren’t even coming from people who might not have been there. It’s coming from the brothers and sisters straight from the Bronx. They changing the narrative. Everybody can’t be the first.”

While Scorpio made sure to reiterate he wasn’t speaking out with any malice, he did admit he was further bothered by Coke La Rock being credited as Hip Hop’s first MC, which he said is actually his fellow Furious Five brethren Melle Mel.

“The other day, they set up something with the New York City mayor and gave a proclamation to Coke La Rock being coined the first MC,” he said. “Now, that is such disrespect because everybody know that Melle Mel was the first one that even call himself the MC, but we used to spell it different. We used to spell it ‘e-m-c-e-e.’ And then when everybody came after us, they started just putting MC. Coke wasn’t even known for MC. You can’t even find a Kool Herc flyer where it said MC Coke La Rock. 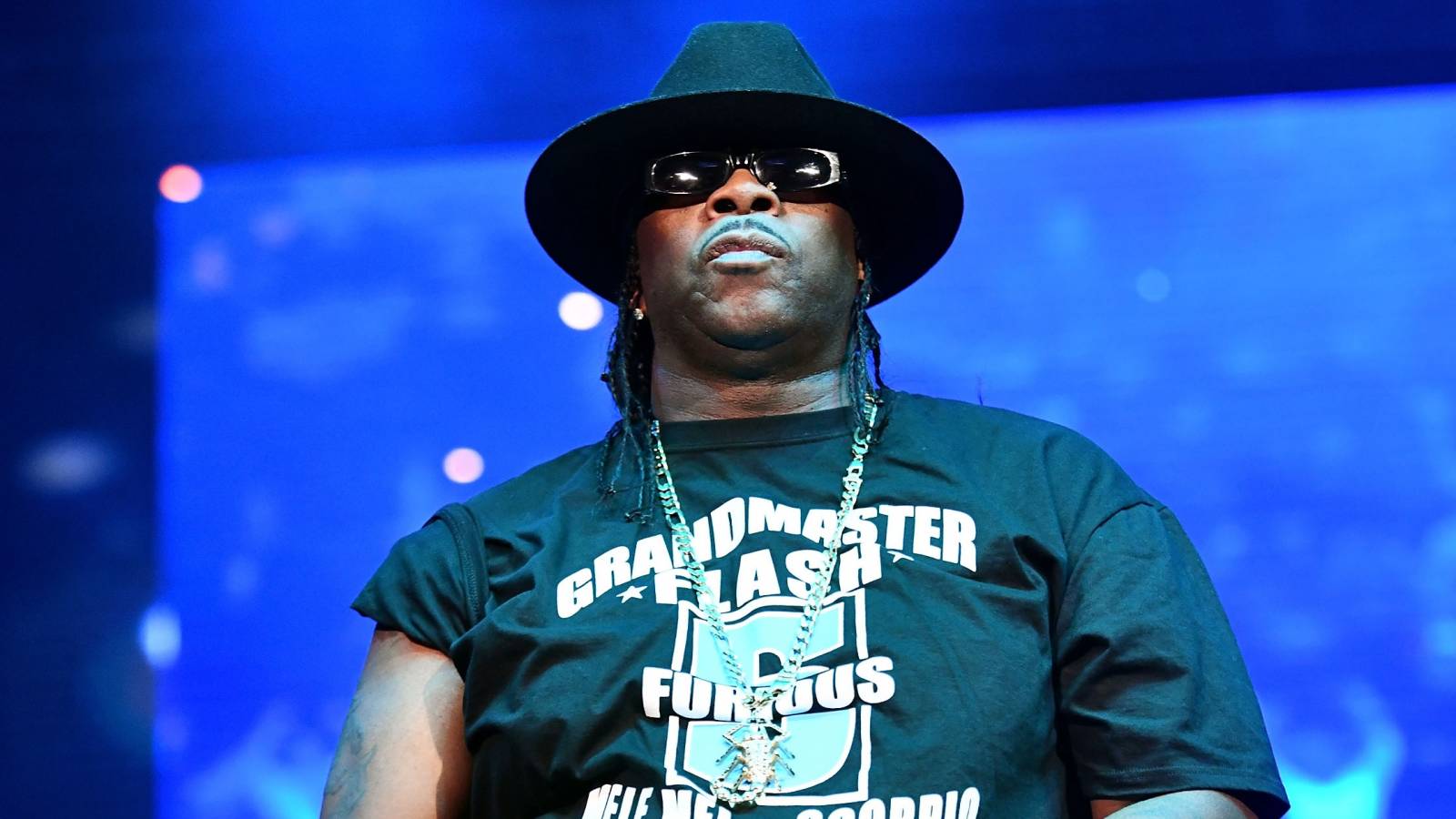 He concluded: “The only reason I think this stuff need to be said is because everybody is changing the narrative. Anybody that got a little platform, once you put a mic in front of the older cats, they just lose their mind. They act like they aren’t going to never do another interview.

“The last thing I want to do is come off hasty, but this is our legacy. This is how my kids’ kids might wind up eating and living off of this. And if you keep pushing us out, it hurts.”