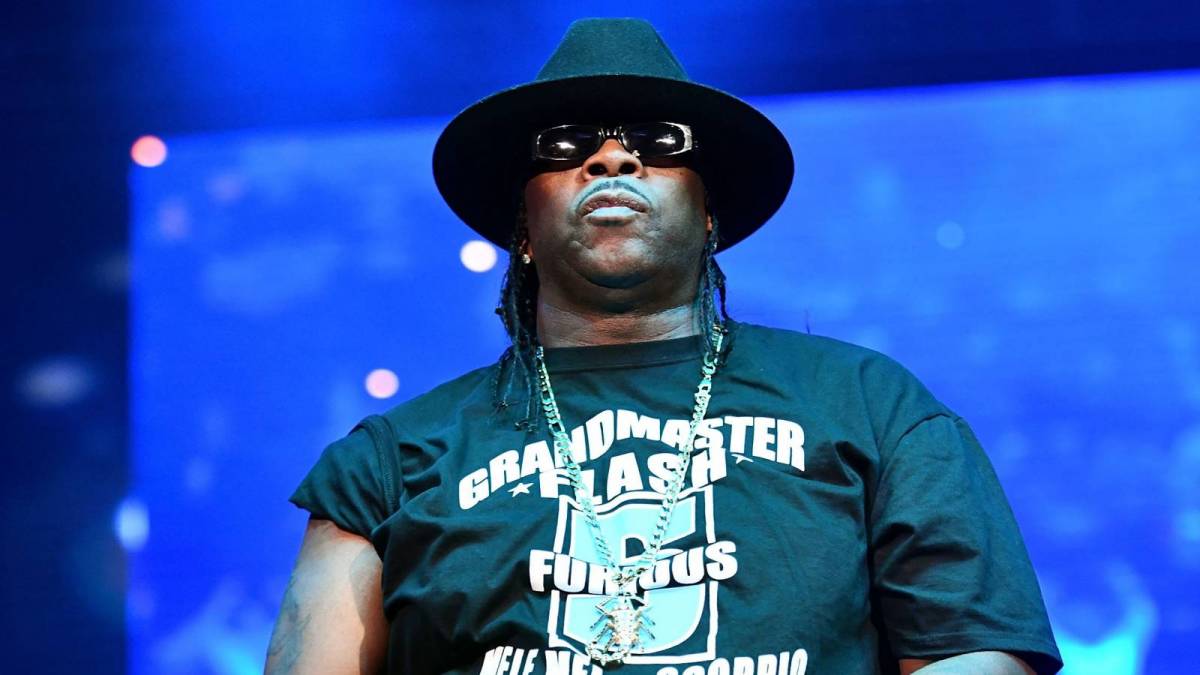 Exclusive – Eddie Morris — better known as Hip Hop pioneer Scorpio of Grandmaster Flash and the Furious Five – was only 18 years old when they released “The Message” in July 1982. Arguably one of the most important Hip Hop tracks in music history, “The Message” is often considered the first socio-political rap song, with its lyrics depicting a grim portrait of their New York City environment.

As kids, the group didn’t necessarily see Sylvia Robinson’s vision for the song, but the Sugar Hill Records founder/CEO trusted her instincts. Written in 1980 by Duke Bootee and Melle Mel as a response to the 1980 New York City transit strike, the track paints a vivid portrait of the violence and poverty surrounding them with lines such as, “Broken glass everywhere/People pissing on the stairs, you know they just don’t care/I can’t take the smell, can’t take the noise/Got no money to move out, I guess I got no choice.”

Speaking on the 40th anniversary of “The Message,” Scorpio concluded the song essentially signaled the end of their youth. Furthermore, the scenes they were describing in the song were scenes they encountered regularly growing up in The Bronx, making it even more real.

“I think one of the important things about that song is it just have us trusting in things that we didn’t trust in sometimes,” he told HipHopDX in a recent interview. “Like with music, you gotta get out of your own ego. Because realistically, we hated that song. We couldn’t stand that song. We didn’t think that it had no reality to us, but thank God Ms. Robinson had the better vision.

When asked what Scorpio specifically hated about the song, he explained, “I think we was really scared of change. Because we was like the biggest ghetto superstars before records. And everything that got us to that point was real braggadocious, talking about girls, parties and this and that. And to hear a record like that with that slower tempo and everything, maybe it was just too real for us, like, ‘Yo, y’all got to grow up now.’

“Maybe we still wanted to be kids and sing about partying, those type songs versus being in reality. We like, ‘Oh wait, broken glass everywhere? Hey, you talking about where we live.’ Hey, hey, we know rats in the front room, roaches in the back. We know that. We live that. Maybe it was something that hit too hard for us.”

Following the success of “The Message” — the first Hip Hop song chosen by the Library of Congress to be added to the National Recording Registry — Scorpio and the rest of the group found themselves in Hollywood, a first for the East Coast natives. Walking into the Hyatt Hotel on Sunset Blvd., they had a chance encounter with famed boxer Muhammad Ali, and Scorpio was in no way prepared for what happened next.

“He looked at us and he pointed his finger, ‘Hey, y’all some bad boys. I know who y’all are,'” he recalled. “We couldn’t fucking believe it. Sugar Ray Leonard used to bring his son to come see us. Yo, things was just changing crazy. People that we thought that we was nowhere on their radar, all of a sudden all of these people was recognizing us — from Richard Prior to Eddie Murphy. They was actually knowing who we was. We definitely felt like real superstars.” 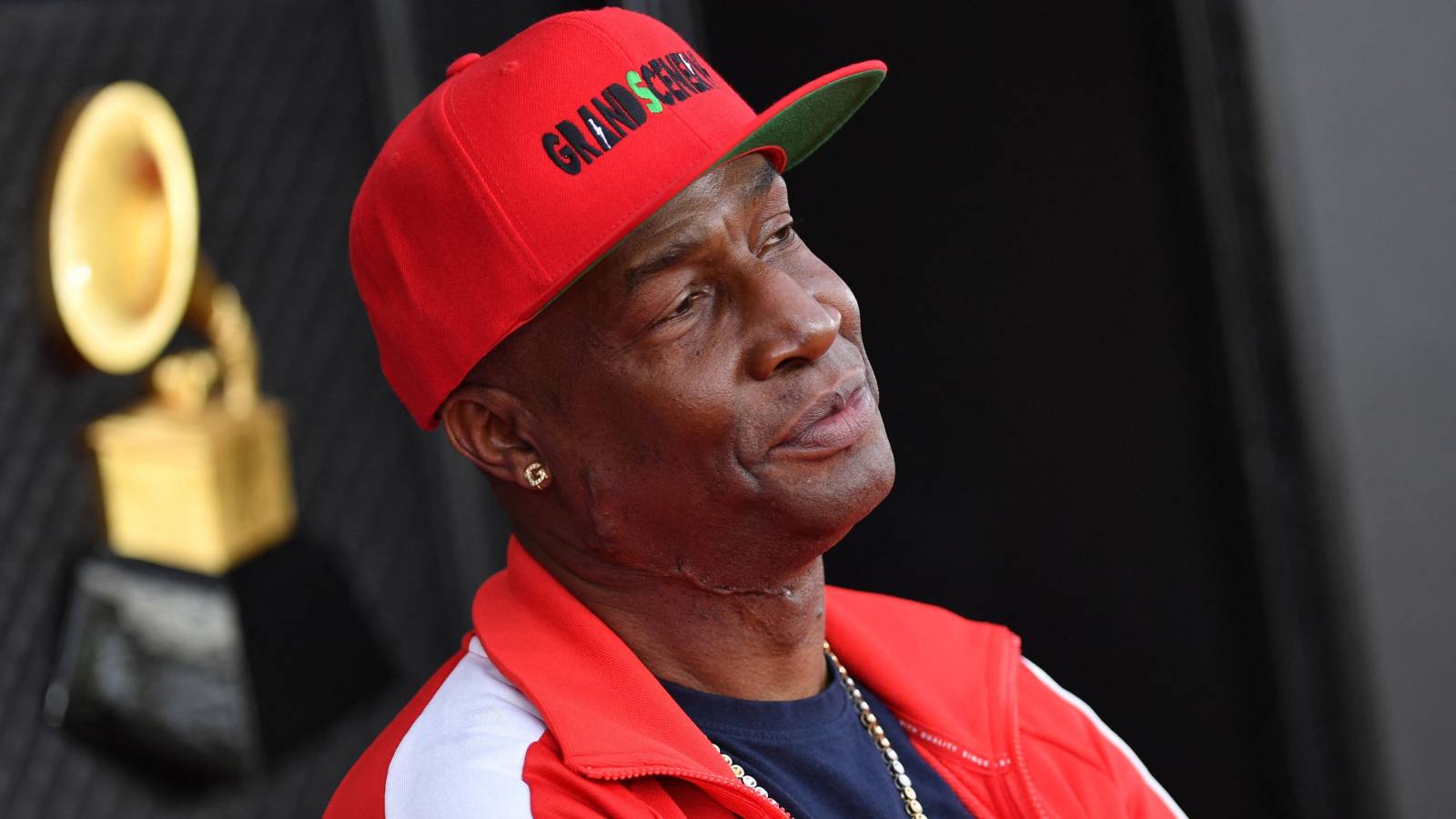 As impactful as “The Message” was in the 1980s, Scorpio believes it’s even more profound today — which isn’t exactly a good thing.

“It’s even more relevant now,” he said. “Back then, even though we were singing it and it sound cute, we didn’t understand it as much. When I say we didn’t understand, obviously we know what the words mean, but we was so on us just being entertainers that we wasn’t sitting there connected to all of the turmoil in all of the cities and things like that.

“Now that we older, you looking at CNN, you could turn the music down and play that song. And from the George Floyd to anything, it’ll be a perfect backdrop soundtrack for any and everything that’s going on, from here to Ukraine to any place you could play that song. And if you’re not listening to the sound on TV, it fits.”

Grandmaster Flash & the Furious Five hasn’t been a group for a long time. Not only is Kidd Creole currently in prison for the 2017 killing of a homeless man, differences between some of the members in the group proved to be too much to heal. Melle Mel and Scorpio, however, still tour together. Anyone interested in inquiry about bookings can head email furious5@comcast.net.