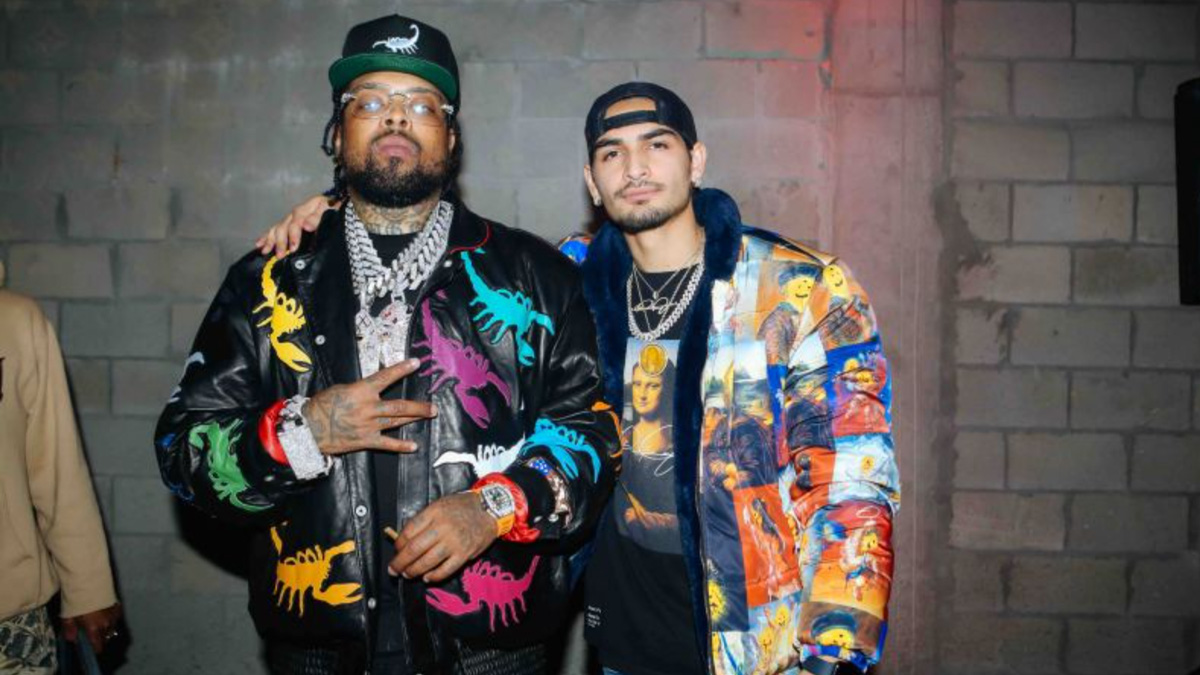 The magic of Griselda lies in its overarching curation — handled exclusively by the imprint’s mastermind Westside Gunn. Serving almost as a grimy, street-centric answer to early 90s Native Tongues, the brand continues to exist as the catalyst for an entire sub-genre of music that has seen countless independent artists launch careers in the past few years.

That, though, is just one side of Griselda; it’s the side most commonly reported by outlets, understandably. The other is the aspect of the visual arts, which — while synonymous with the brand — is far less celebrated.

Gunn has been building a massive collection of expensive art as he’s grown his stature in the industry. While he works with plenty of talented names like Marielle Angela and FCKNXTWK, none have floated to acclaim like fine artist Isaac Pelayo.

The Los Angeles native and the avant-garde rap entrepreneur first connected —funnily enough — as a result of an Instagram post by HipHopDX [*shoulder pat*] back in 2017.

“I was at a point where I wanted to get my art out there but couldn’t afford any PR,” Pelayo explains to DX. “I had gone through all the sites I could think of and sent emails to all the editors.”

The art in question — 2Pac adorned with a third eye (part of his Vision series) — hit HipHopDX’s Instagram, and Westside Gunn immediately connected with him. Initially, he was looking to buy work before eventually commissioning the artist to paint a third eye portrait of Chris Benoit for a project aptly named after the famed wrestler — commercially released with the title Supreme Blientele.

“It changed everything,” Pelayo notes, adding, “I even think that may have been the first time that Gunn did a [art] print drop.”

From there, he became a go-to artist for Gunn, painting a slew of covers, from the black Hitler on Gunn’s Hitler Wears Hermes 6 to the third eye Elizabeth Taylor for Armani Caesar‘s Griselda debut The Liz. Though no cover would have the same impact as the smiley-faced Mona Lisa on the rapper’s most successful solo studio effort, Pray For Paris.

The most interesting thing to note is that the Pelayo painted cover, which serves as an alternate version to the one created by the late Virgil Abloh, is partly due to mentorship from one of the greatest street artists of all time: Shepard Fairey.

While exhibiting in a group show alongside the legendary Obey founder, Pelayo not only sold him a piece (an amazing flex for a young artist) but got some invaluable direction.

“He said my work — a hyper-realistic pencil drawing — reminded him of something he’d see in a museum, but it also reminded him of the first time someone tried to tear down one of his posters. He ended up taking a picture of the torn down poster and making it into a new poster as an act of defiance … like, ‘You can’t tear me down.’”

While he loved it, he imparted on Issac to find and harness that energy to balance out how clean his work is… embracing imperfection.

“The [Pray For Paris Mona Lisa] piece was me fully letting go and realizing how to take that advice to heart,” he says.

In the years since first connecting with Gunn, Isaac has collaborated extensively with the rapper, with his art becoming a prominent proponent of not only the Griselda brand but the wrestling-centric 4th Rope brand.

He’s become a mainstay at events, signing merch and prints for eager fans. He has also exhibited commissioned pieces at Gunn’s curated art exhibitions, like Vivian At Art Basel (a nod to the song of the same name on his seminal LP Flygod) in 2021, Bochella and, most recently, WWVD in Chicago (a show dedicated to the late Virgil Abiloh).

Having come from virtual obscurity in parallel with Griselda’s glow-up into underground dominance, Gunn became the Giuliano de’ Medici to Pelayo’s Leonardo DaVinci — a patron who introduced his art to the world.

“I’ve sat in his house and had dinner with him; he has played a father role in my career,” Pelayo explains.

With such a close working relationship, Pelayo could think of no better way to truly make his mark than with an epic solo show presented by the Griselda abbot.

“I told him that it would be the visual equivalent to my debut album,” Pelayo recalls, describing an early conversation he had with the MC. However, Gunn’s schedule, which includes running Griselda and working on the upcoming Michelle Records (among other things), didn’t allow him to participate; however, Pelayo pushed forward.

The show, titled The New Renaissance, is his most ambitious, with over 70 pieces — including his first time showing sculptures. He describes the inspiration for the show as an intersection between an emotional month-long trip to Europe to soak up the works he spent a lifetime studying and the growth experienced due to mentorship by Shepard Fairey and WSG.

For Pelayo, it’s a proper introduction to an artist who has adopted art as religion, wife, and overall sole purpose for being. “A lot of people don’t know my story,” he says. “I grew up poor … I had what you could describe as a rough childhood.”

He recalls his upbringing being somewhat tumultuous — in a home that saw him play witness to everything from fighting to “a little gang activity.” Art, though, was an equilibrium — an escape.

His father, a notable artist, never pushed Isaac into art, nor did he impart lessons. The young painter developed independently, though his father did open him up to the scene.

All that to say that he’s been doing what he does with his whole heart — on his terms.

The New Renaissance includes one of Isaac’s most giant pieces, a recreation of Leonardo da Vinci’s ”The Last Supper.”

When jokingly asked if he sees it becoming a Griselda cover, he laughed and acknowledged it’s not unlikely — but added Gunn had yet to see it. “We don’t talk every day like people think … sometimes not for a month,” he says.

“Then he hits me like, ‘What’s up lord?’ then it’s back to work,” he adds with a laugh, having done his best WSG imitation.

“I think I’m one of the more underrated affiliates in the Griselda fold … I think I would have to agree with that,” he says when asked about his particular role in the brand.

It’s a role he momentarily pauses to reflect upon, quickly recalling a recent conversation at a pop-up event hosted by Conway The Machine.

He stops for a moment, then adds: “That’s something that will never fade … it’s written in history.” 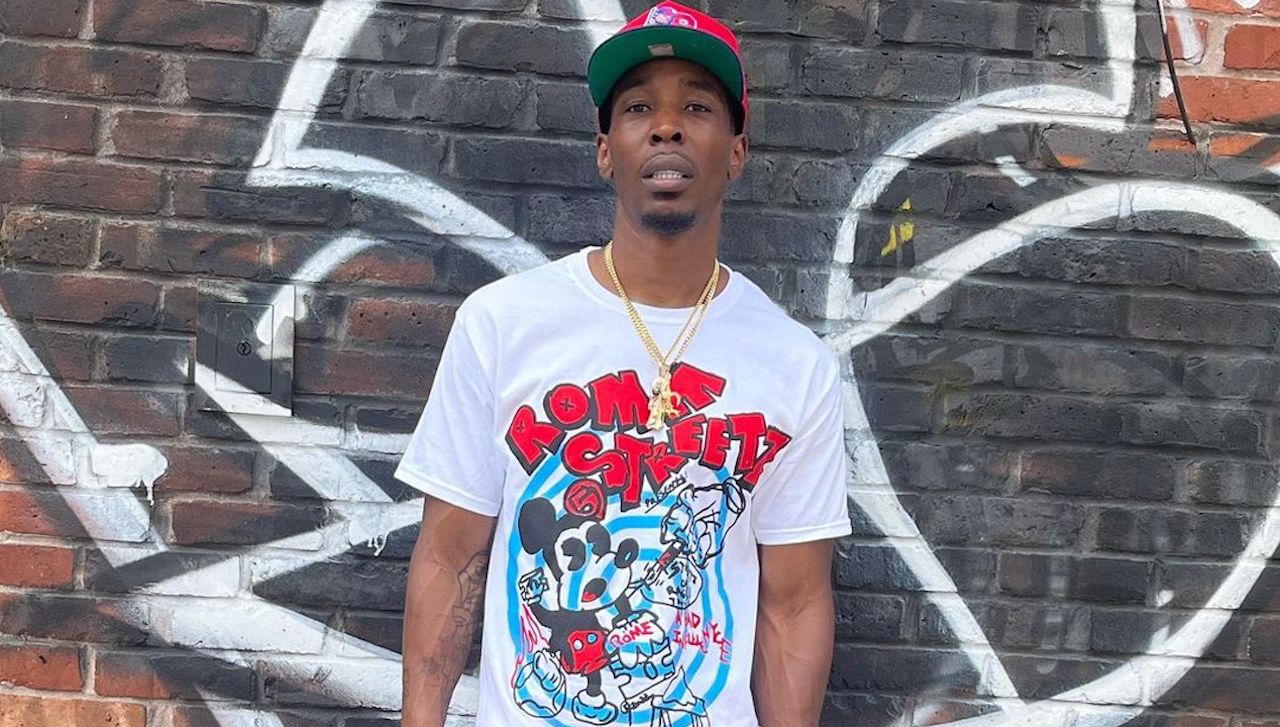 For fans incapable of separating Pelayo and Griselda, even without Gunn explicitly presenting the show, that’s not likely to change. For one, there are the promotional videos — one featuring production by Mr. Green and day-one crew staple Keisha Plum, and another produced by Conductor Williams that features AA Rashid.

Then there is the immense attention to detail, like the frames he used for his show, which Pelayo says are 100+-year-old, upcycled European frames adorned with gold leaf, which he calls “art pieces in of themselves.”

It’s a level of luxury you’d expect from a WSG-helmed affair.

For Pelayo, this show is the beginning of a new chapter. At only 26, he’s achieved more acclaim than some painters achieve in a lifetime, with names like Diddy having pieces in their collections — and prices for his art and merch (if you can get your hand on it) constantly rising like the Nasdaq.

With upcoming commissions (the ones we know about) — such as the cover of Armani Caesar’s The Liz 2 — he remains an active part of the Griselda machine.

“It’s an incredible story and one of the most important [musical] movements of this generation … I’m just happy I get to have a page in the book,” Pelayo says with a smile.

The New Renaissance takes place on Saturday September 17th from 7pm – 10pm at 1443 W. Jefferson BLVD. in Los Angeles. The show is free admission — and all ages.