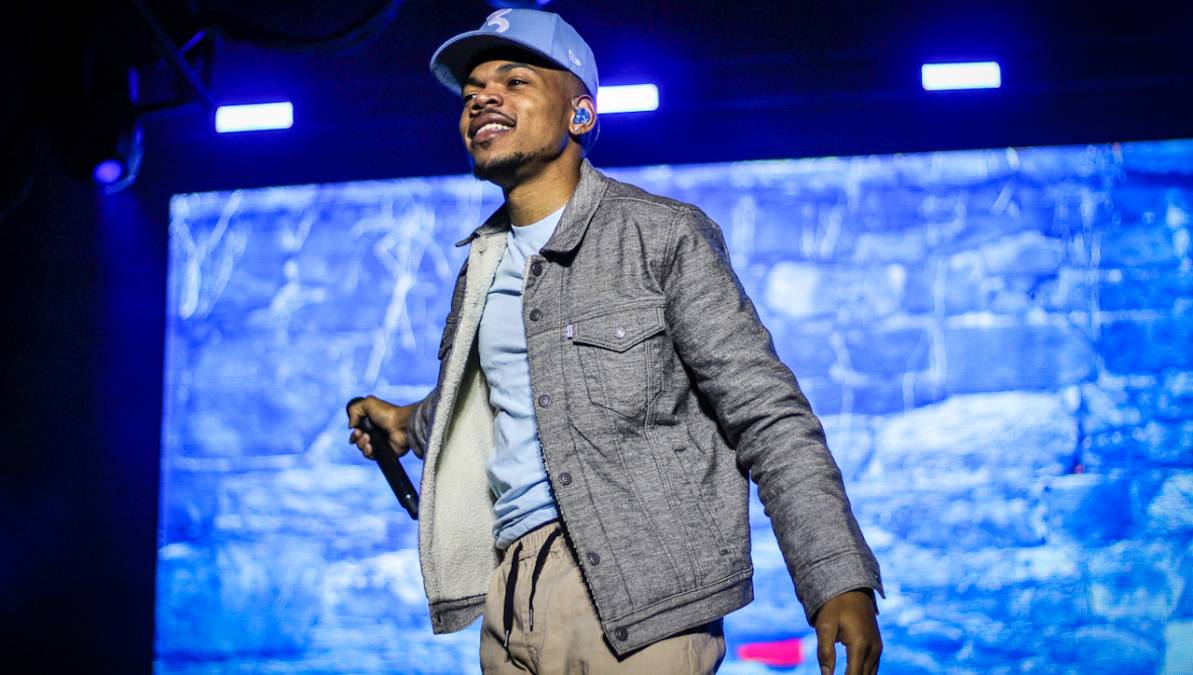 Chance The Rapper has promised he’ll be bringing his lyrical A-game with the arrival of his sophomore album.

After dropping his debut The Big Day back in 2019, Chance went radio silent for a time, but things began to pick up in May this year when the Chicago rapper began dropping off new music, which he dubbed “writing exercises.”

He put out “Child of God” and “Wraith” with longtime friend Vic Mensa, followed by “A Bar For A Bar” with Joey Bada$$.

In a new interview with Complex, the Acid Rap lyricist said he’s ready to put it all together in the form of a new project called Star Line Gallery.

“The ‘Gallery’ is the Star Line, and the Star Line is all of us,” Chance said of the title. “It’s going to be all Black artists from everywhere around the world with all different experiences, but a connection, and in conversation with me and my collaborators to create new pieces that show what it means to be Black right now. It’s not all drenched in the conversation of trauma or about the most familiar aesthetic of Black that we know right now. It’s about what is real.”

Chance added that he’s toying with the idea of not having cover art for the project and that he instead may provide each song with its own unique art designed by Black creatives, a tactic he used for his “writing exercises” earlier this year.

“Everything I do now, I have to treat it like I know who I am, regardless of if anybody else does,” he said, noting that his next project will lean more into the “technical side” of his pen game.

“I think it’s more important to be understood than liked,” Chance said. “Somebody could like your shit but not understand. As long as I know somebody understands it, then I know I’m getting [the message] across.” He went on to cite the poet Aja Monet and Vic Mensa as the inspiration behind this new mentality.

“I’ve helped a lot of people, and what I enjoy is when those people remain independent and remain in contact and community with me,” Chance said of charting his own path. “I think what I want to do is continue to empower people. I don’t want to make anybody subject to my views of how their career should go. I don’t need to be in anybody else’s pockets.”

Chance The Rapper Responds To Critics Who Say He ‘Fell Off’: 'At Least I Was On'

The last solo outing from Chance The Rapper was his The Big Day debut in 2019. Despite being stacked with an eclectic range of features, the project was universally deemed a flop and it spawned a $3 million lawsuit from his ex-manager.

Pat Corcoran claimed in a 2020 lawsuit that he and Chance had made an oral agreement that would entitle him to 15 percent of the rapper’s net profits, he ended up suing Chance for an additional $2.5 million in “expenses supporting and promoting Bennett’s career.”

The suit claimed Chance’s unproductive studio sessions and poor reception to The Big Day led to him losing money despite his warnings, and the 29-year-old rapper tried to blame Corcoran for what he believed was “his own lack of dedication [that] had doomed the project.”