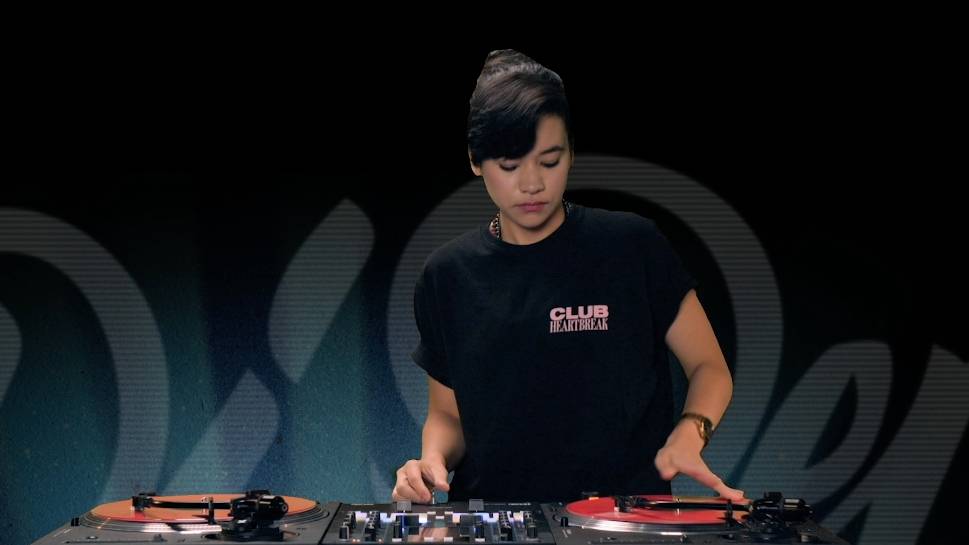 DJ Perly has made DMC history once again as the first woman turntablist to win two U.S. DMC Championships, earning the coveted title in 2017 and again in August.

Hailing from the Bronx, the Puerto Rican-Russian powerhouse has been behind the decks since she was 12. Now in her 20s, Perly has dedicated her life to honing her craft, garnering praise from A-Trak, DJ Jazzy Jeff, DJ Rob Swift, Mista Sinista and other notable turntablists along the way.

“It’s an honor and I’m grateful for the opportunity to represent the U.S in the finals again,” Perly tells HipHopDX. “Prepping for any battle is tough, no lie. It’s all about hard work and determination. I always knew that deep down inside I had it in me to do, I just needed to dive deeper from within, meditate, connect with myself, work harder and focus.

Due to the ongoing COVID-19 pandemic, the National DMC Championships have been virtual, with the battle season starting last spring. DJs who wanted to enter needed to submit a two-minute video within the deadline. From there, the judges picked the finalists. The finalists then submitted their final sets and the judged picked the winner.

“When I found out the results, I was emotional, of course,” Perly explains. “I screamed, jumped with joy and then cried. I was overwhelmed with so many emotions at once. It’s such a surreal feeling. I don’t think there’s an exact word to describe how I’m feeling to be honest [laughs].

“It’s like euphoria and adrenaline all at once. It’s an honor to represent the U.S. again in the Nationals category. It feels like 2017 all over again but virtual this time. I’m looking forward to the World finals. I have faith and I’m staying focused, as always. I’m not worried about anything, just keep my eyes on doing well with my sets.”

DJ Perly became the first woman to ever win a DMC National Championship in 2017 when they were still in-person. Held at The Highline Ballroom in New York City, the event was hosted by D.I.T.C’s Lord Finesse and featured a rare DJ set from the remaining members of the X-Ecutioners — Mista Sinista, DJ Rob Swift, DJ Precision and Total Eclipse. Like b-girls, DJ Perly recognizes women still have a long way to go to get the respect they deserve in Hip Hop.

“I feel like to highlight women more in Hip Hop and in music in general is to basically support us; listen to us, respect who we are, hear what we have to say,” she says. “Let us have a seat at the table so we can show not only what we can do but also share what we can in terms of ideas, our knowledge and same love for music or whatever topic it is. Great minds think alike, and I know that collaborating ideas can turn into something greater than previously imagined.”

DJ Perly will compete in the 2022 DMC World Championship from October through December.