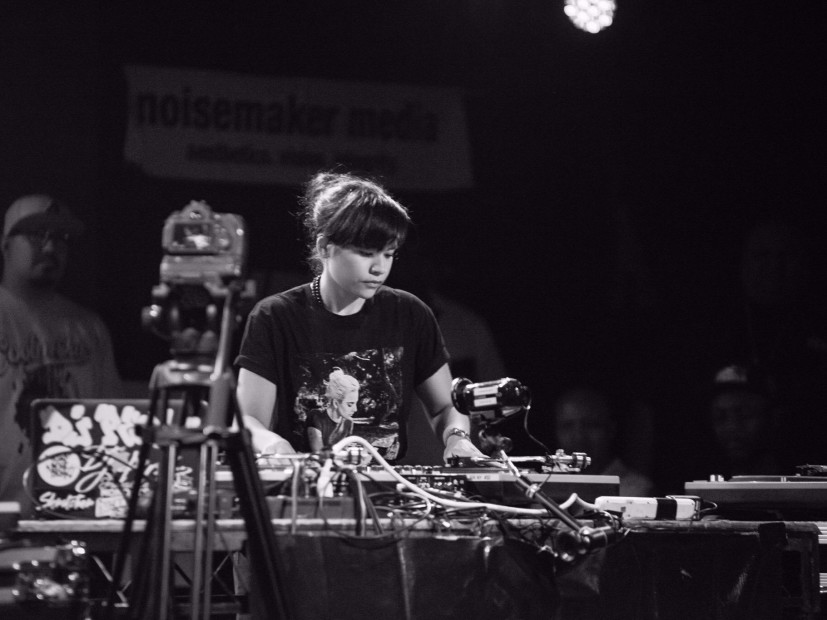 History was made on Saturday (August 5) when DJ Perly became the first woman to win the DMC US Finals, the annual DJ battle that pits the best of the best turntablists against each other in a brutal competition.

Held at The Highline Ballroom in New York City, the event was hosted by D.I.T.C’s Lord Finesse and featured a rare DJ set from the remaining members of the X-Ecutioners — Mista Sinista, DJ Rob Swift, DJ Precision and Total Eclipse. According to Swift, the late Roc Raida and fellow X-Ecutioner was there in spirit. “He always is,” Swift tells HipHopDX.

DJ Perly, a Bronx native and proud Puerto Rican-Russian American, was battling fellow regional DMC champions like Dwells and Schmeeze. The moment she stepped into the venue, she knew it was going to be an incredible experience, but she could’ve never predicted the outcome.

“That night, I instantaneously felt the high energy of excitement,” Perly explains to DX. “I knew it was going to be a really good battle. Not sure how the night would end, but it was going to be a good night. Not gonna lie, the night went really fast to the point when I couldn’t believe that the X-Ecutioners were showcasing and Lord Finesse was about to announce the Top 3. When I heard my name as the USA champ, I was surprised and just overwhelmed with joy. I was so overwhelmed I kinda lost feeling in my legs and dropped to the floor [laughs]. That moment truly felt magical and gratifying that hard work was paying off.”

In addition to winning a Rane 72 mixer, a new model that was unveiled that night, she’s also earned a trip to London, where she’ll compete for the title of DMC World Champion.

“It’s an honor to go to London to battle and rep the USA, but I’m not thinking about pressure,” she says. “I’m just thinking about practicing, doing my best and going for the gold. No matter what, there will always be some sort of expectation of, not just myself, but other world finalist repping their countries in hopes for their DJ to win the world title. So pressure? Not gonna think about it —  just gonna stay focused.”

Although she was also the first woman to become the US Vice Champ in 2016, she feels like she still faces an uphill battle as a female trying to navigate the waters in such a male-dominated industry.

She adds, “Women are so underrepresented in not just Hip hop, but other genres of music. Some men — not all — see women as weak and frail, but in fact, [we] are truly the strongest. Women go through a nine-month pregnancy, and give birth to the future and next generations of game changers. And think about it, child birth hurts like hell and we still kick ass. I applaud all those women who fight day in and day out to show and prove that this world is not a man’s world, and women can succeed in male-dominated fields. Women have the power and strength to move the world in a positive direction. We all have that power.”